The home side were dominant in the first 10 minutes of the game. The Daggers penetrated the Shots’ defence effectively, with the first real chance of the game coming when Hawkins was put through on goal and shot in the bottom corner but was found in an offside position.

The Daggers’ Maguire-Drew was causing mayhem down the left for Cheye Alexander, leading him to concede a corner. Whitely whipped in a great cross that found defender Josh Staunton who can only head it onto the bar; it deflected to Hawkins who couldn’t control it and went for a goal kick to the Shots.

The away side showed great tenacity as the game progressed and constantly frustrated the home side on the counter attack, but couldn’t quite find the end product in the final third.

New signing Idris Kanu showed great work ethic on the right side, not only doing his defensive duties but also terrorising Dagenham full-back Widdowson, with the help of Alexander.

Gary Waddock’s side had a great opportunity when Cheye Alexander burst down the right-hand side and cutting into the box, beating Widdowson in the process, but his cross was far too deep to reach a team-mate.

Aldershot came out fighting in the second half, winning the ball very effectively in the middle of the park. Midfielders Bernard Mensah and Jake Gallagher were enjoying themselves on the counter with some one touch passing; which lead to Mensah bombing through the home side’s defence looking to find Scott Rendell, but the pass was too far for the striker to reach.

Another chance went begging for the Shots as they were quick on the counter-attack. The ball found its way to Straker down the left-hand side; allowing him time and space to put in a superb cross which found the forehead of former Dagger Matt McClure, but was saved by Dagenham’s shot-stopper.

Former Enfield Town man Corey Whitely converted the only goal of an enthralling encounter, when Oliver Hawkins showed great strength to beat defender Will Evans in the far corner, only to find Whitely who scored a low drive from 10 yards out, with only nine minutes to go.

The best chance for an equaliser came in the 92’ minute when Charlie Walker was through on goal, striking the ball only for Daggers keeper Justham to make a finger-tip save onto the post and out for a corner. 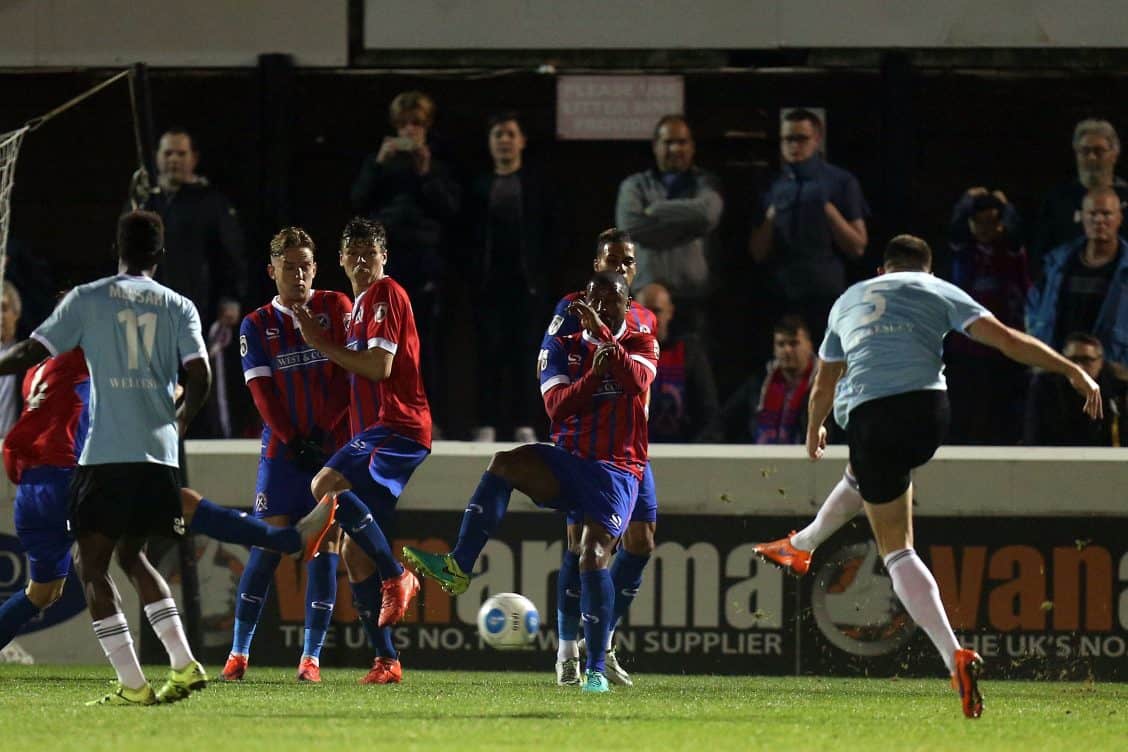 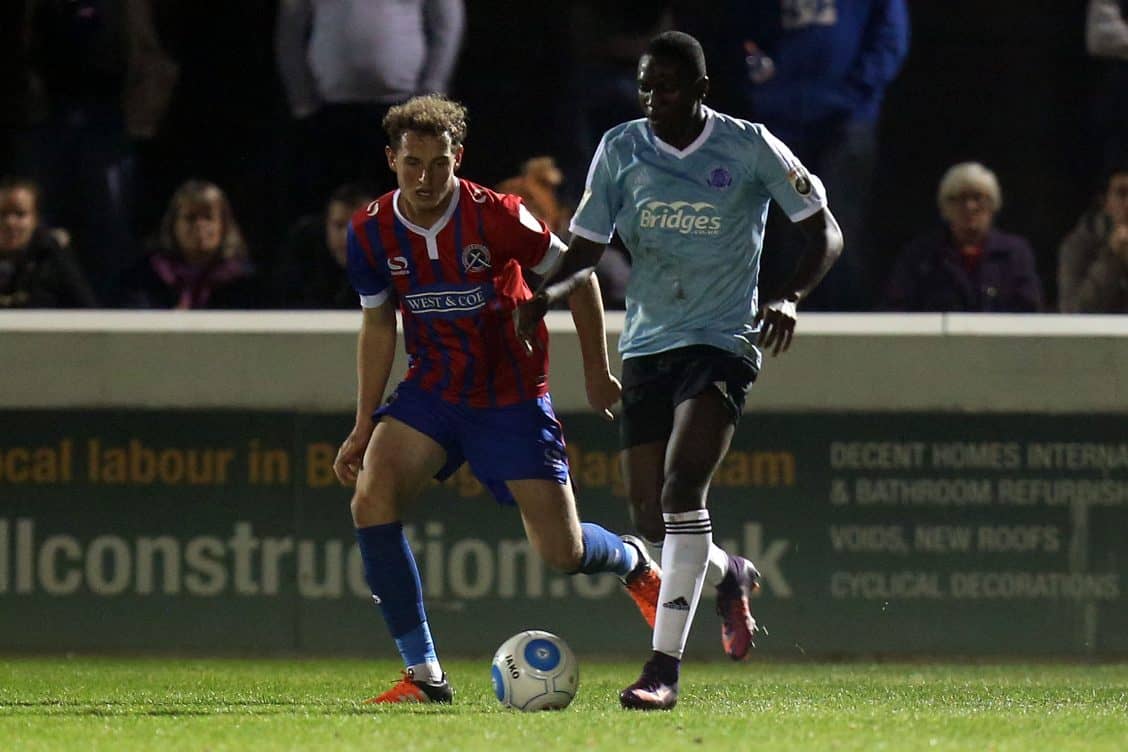 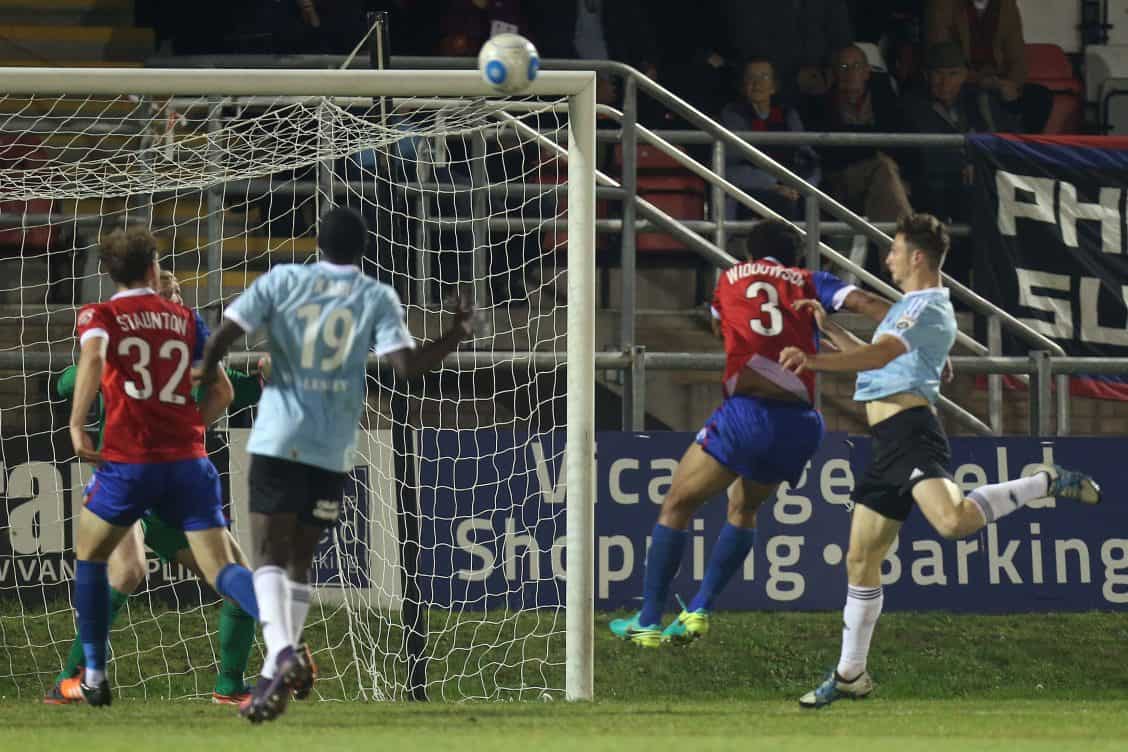 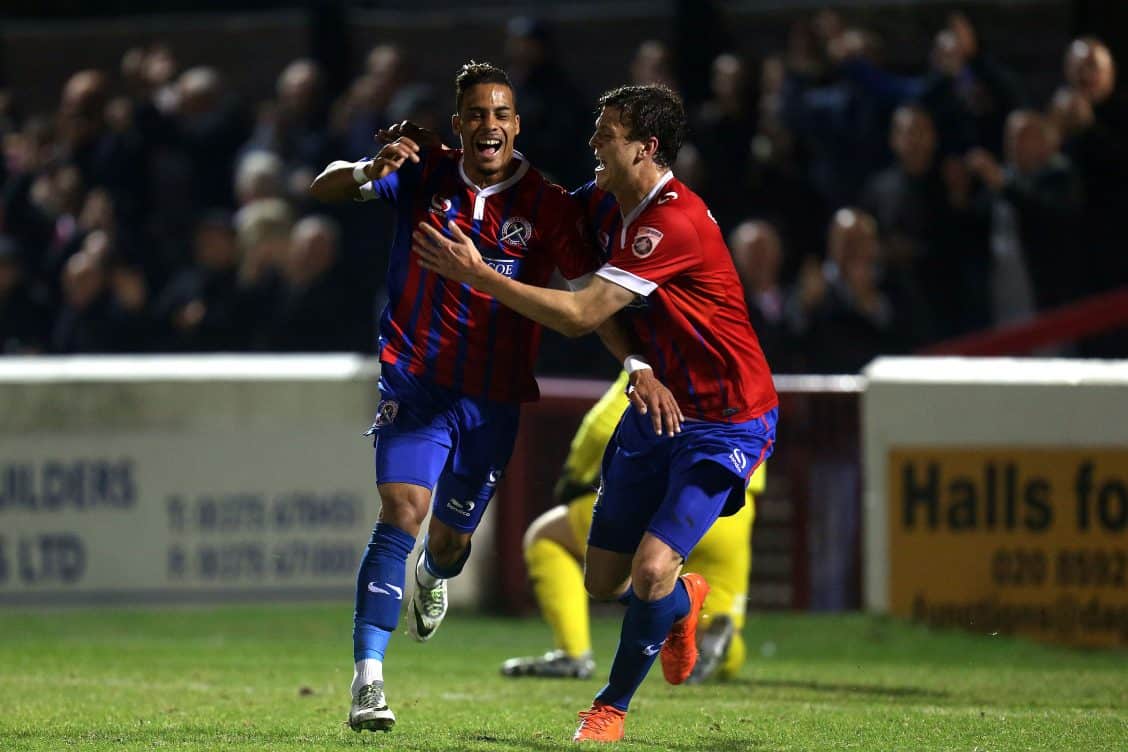 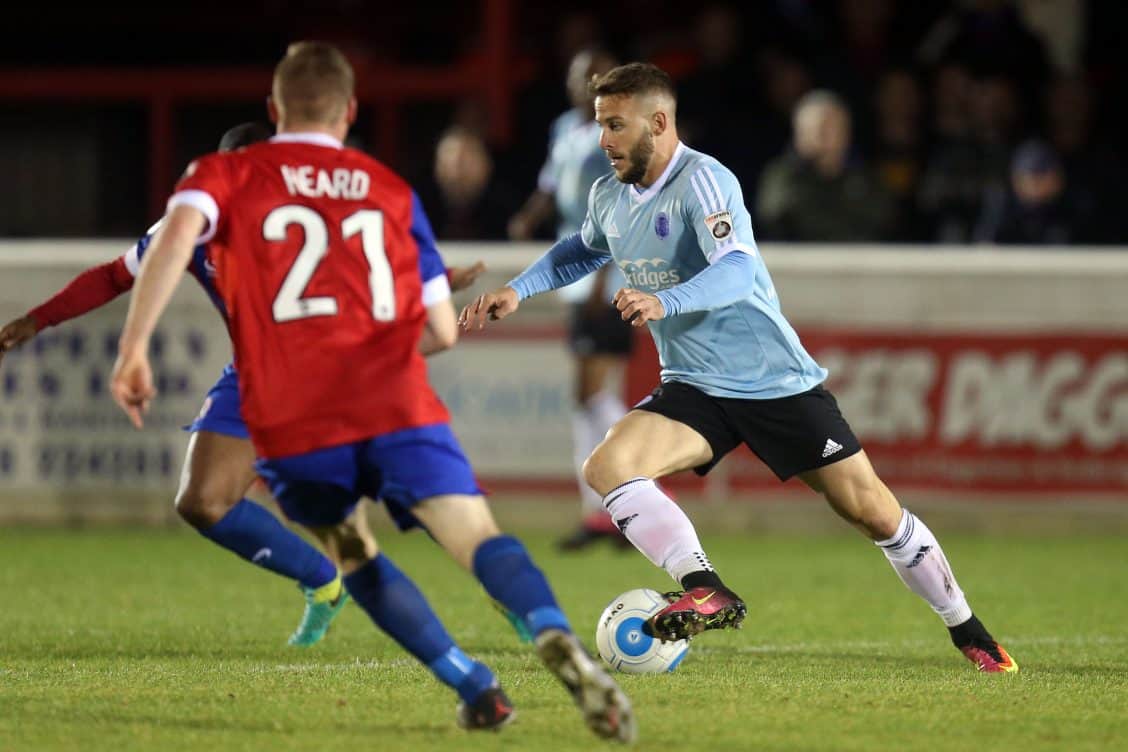 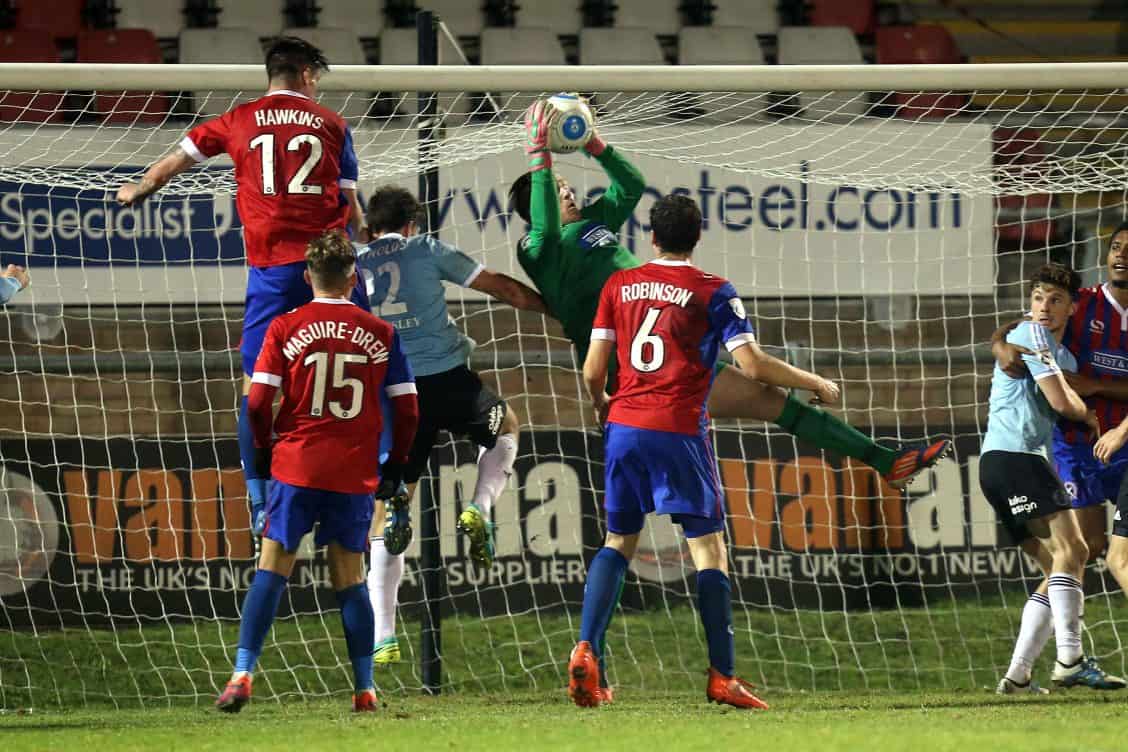 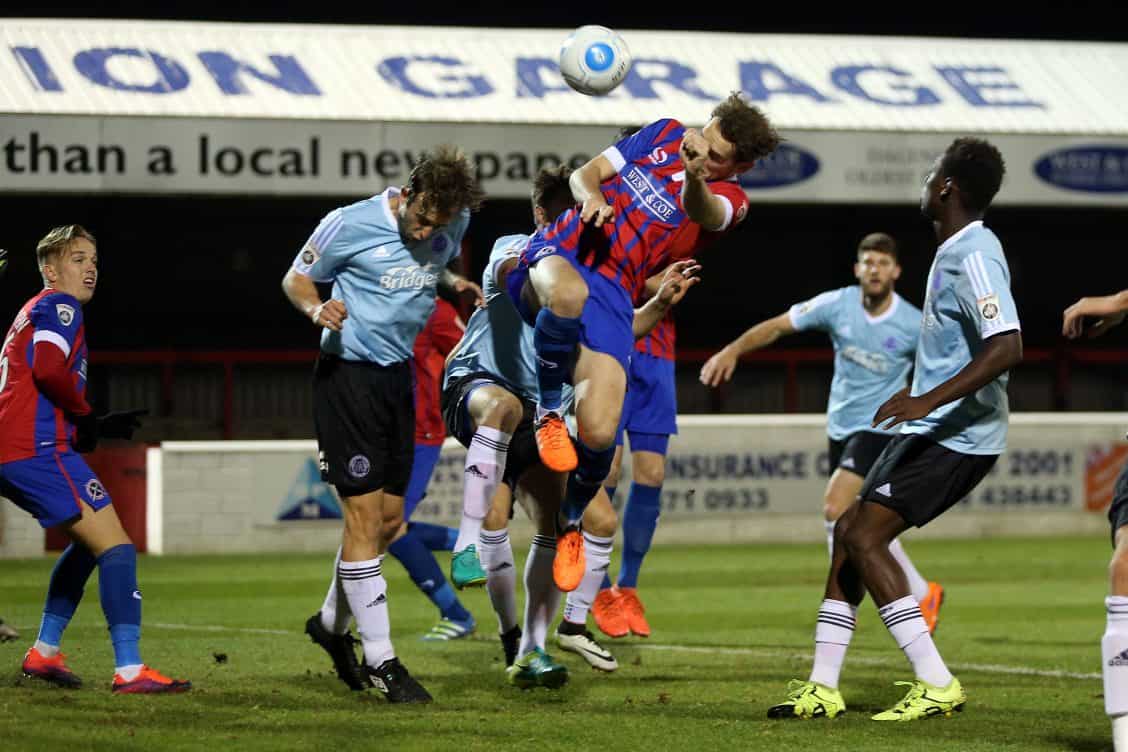 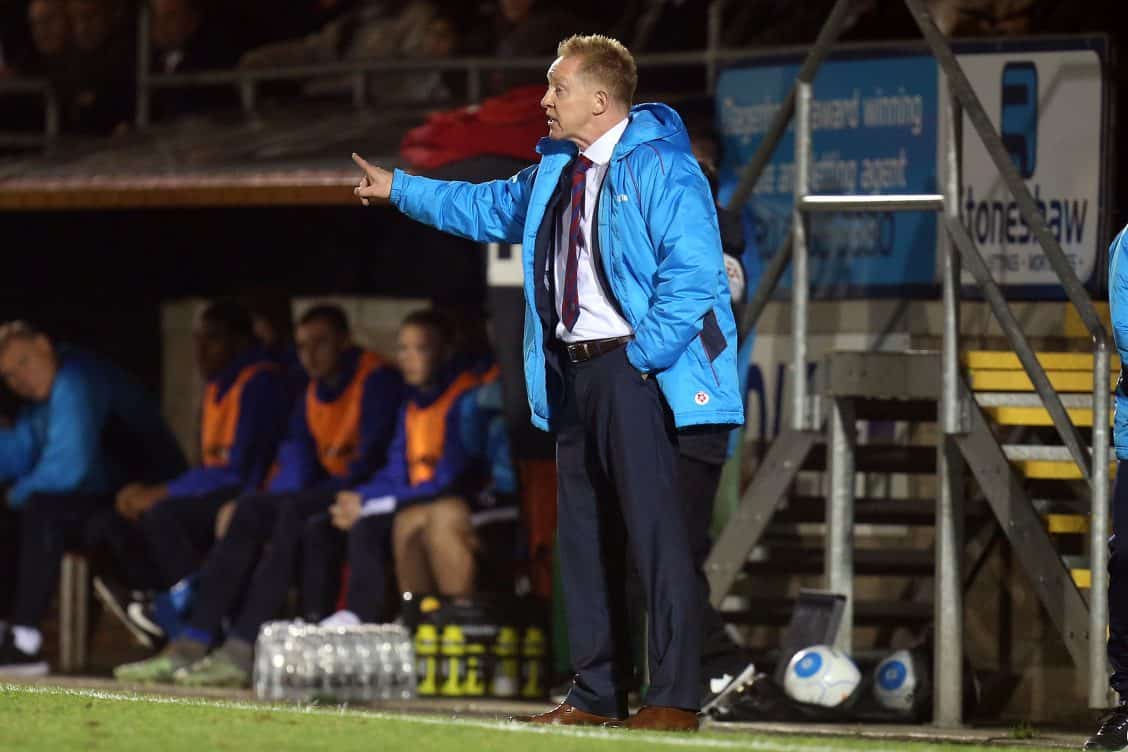 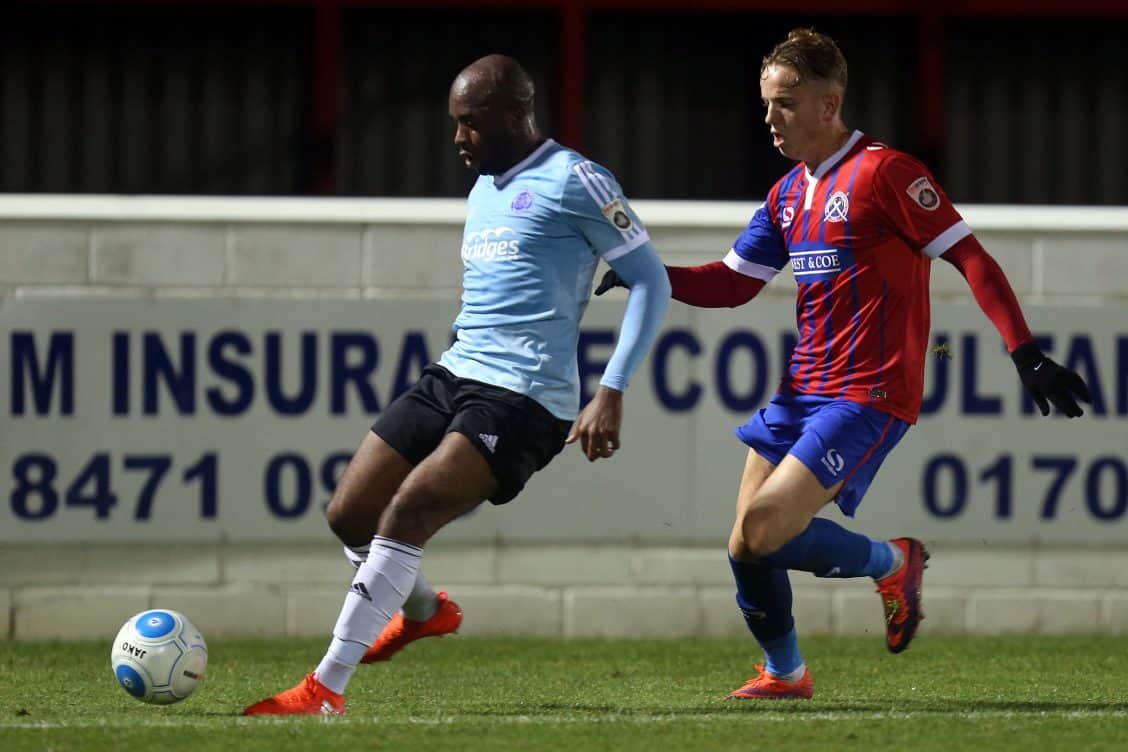 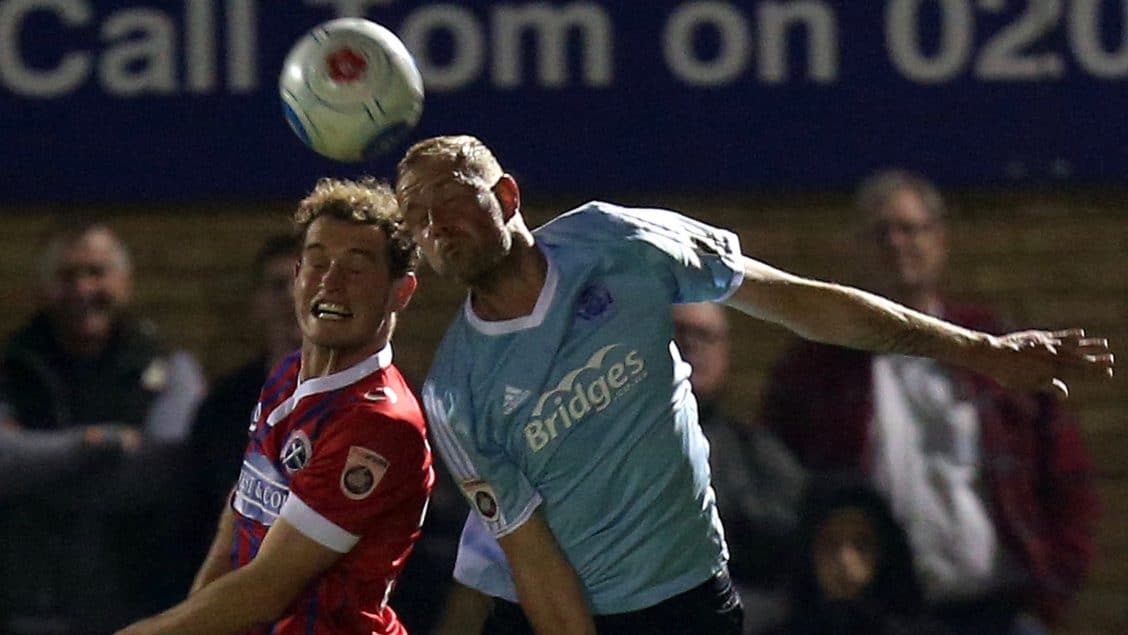