Cheye Alexander has returned to Aldershot Town on a one-year contract.

The 20 year-old, who can play at right-back or right-midfield, made four appearances for The Shots last season, including two starts, having signed on non-contract terms from Bishop’s Stortford in February 2015.

A West Ham fan since his youth, Cheye spent ten years with The Hammers’ Academy before being released in 2013. From there, Alexander spent one year at Port Vale, and impressed in a two-month loan spell at Evo Stick Northern Premier League side Ilkeston Town from December 2013. Released by the Valiants in the summer of 2014, he joined Concord Rangers in September 2014 and moved onto fellow Conference South side Bishop’s Stortford two months later.

“I saw him a few times at the tail end of last season and he’s got good technical ability. He’s got all of the attributes of a full-back and he’ll play in the style that I want to play” explained Barry Smith. “He’s young, enthusiastic and he wants to get better, and these are the things that I’m happy to work with.”

“My aim last year was to win a contract for this season and now I want to play more games,” admitted Alexander. “I only played the last four games of the season but I thought I did well and the gaffer saw how much more I’ve got to give. With a full pre-season I’ll be going into the season firing and ready for a run of games.

“Even before we start pre-season I’m already feeling a lot fitter and stronger than I was last year. Playing with experienced players will make a big difference, and I hope I can also learn a lot from the gaffer, as he was a right-back as well. It’s going to be a good year.” 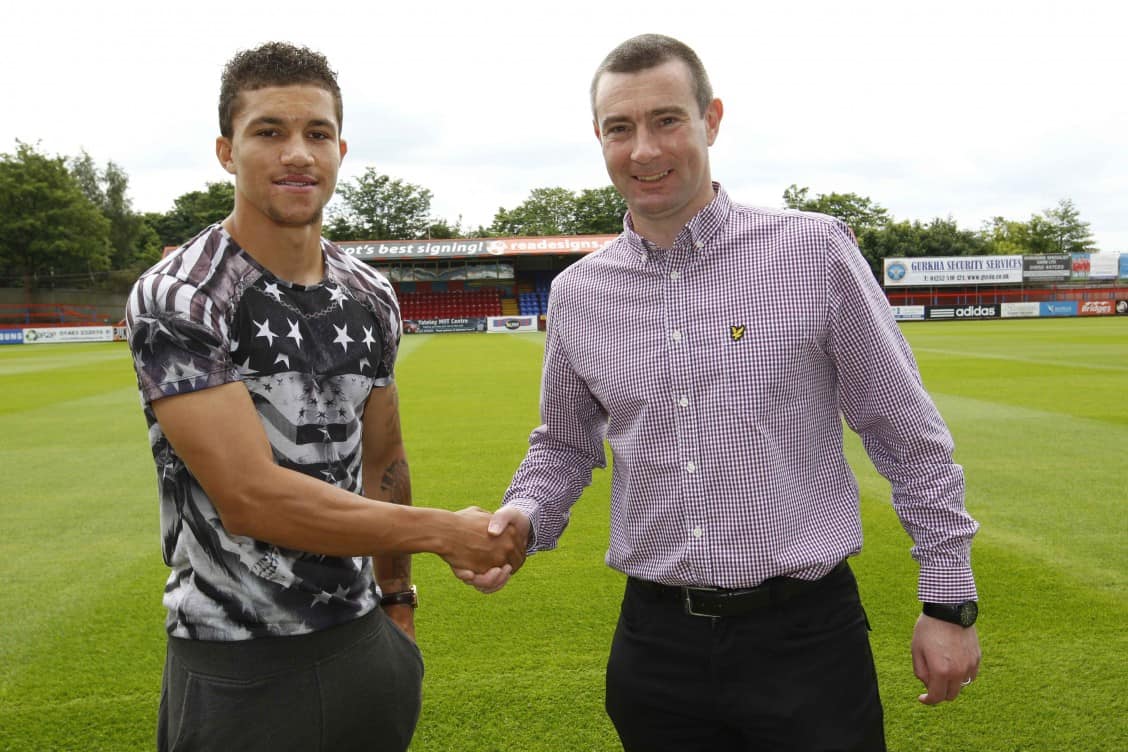