Alexander is the third member of last season’s squad to agree a deal with Gary Waddock, after playing every minute of all 46 National League fixtures in 2015-16. Cheye had initially joined The Shots from Bishop’s Stortford in February 15, making four appearances before being offered a full contract last summer.

“Cheye did very well last season in his first year in senior football,” said Waddock. “We’ll help him develop his game even more this season, and make him an even better player. I want my full-backs to be athletic and fit enough to get up and down the pitch, and they have to have an attacking element to their game as well. Cheye has definitely got that, he’s a young lad and I’m looking forward to working with him.”

A West Ham fan since his youth, the 21 year-old spent ten years with The Hammers’ Academy before being released in 2013. From there, Alexander spent one year at Port Vale, and impressed in a two-month loan spell at Evo Stick Northern Premier League side Ilkeston Town from December 2013. Released by the Valiants in the summer of 2014, he joined Concord Rangers in September 2014 and moved onto fellow Conference South side Bishop’s Stortford two months later.

“Last year was a good one for me, I learnt a lot,” admitted Cheye, “and I feel that if I play more games this season I will progress more. The gaffer feels than I can improve under him and I feel the same. He loves to play good, attacking football, and I’ve been brought up that way at West Ham. Obviously first and foremost I am a defender but I like his style.

“I had offers from other clubs, but this is the right one for me, and I’m confident that we can do well this year, especially under the new gaffer. He’s a very nice guy, I think we’ll get on well and I hope that we can progress together this year. In our first meeting he explained what he felt my strengths and weaknesses were, which shows that he knows what kind of player I am and how he can improve me. That turned my head, it’s definitely what I wanted to hear, so I’m glad I’m staying.

“I have a couple of friends who have played under him before and they have said some very good things about him – I can definitely see why!”

Minutes after signing his contract, Cheye was welcomed back to the Club by Shots fans Allan and Charlotte Mills… 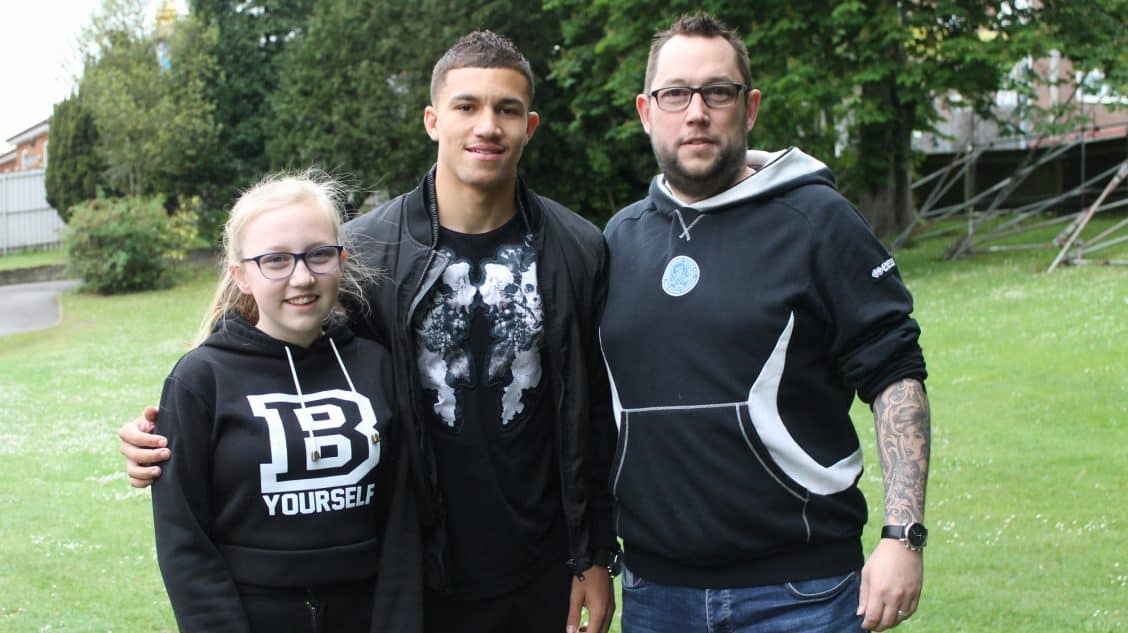