Aldershot Town rediscovered their defensive solidity to take a point against Chester, but will feel that it should have been all three.

Matt McClure’s 56th-minute strike was disallowed for offside, after both he and Shamir Fenelon had been thwarted by Blues keeper Andy Firth, who was deservedly named Man of the Match.

Gary Waddock made four changes to his starting line-up, and was able to welcome back Jim Kellermann to his squad for the first time in a month.

The visitors dominated possession but found Chester’s own defence in stingy mood, and long-range efforts from Jake Gallagher and Josh McQuoid were the only real chances in the first quarter.

Then Kinsella’s angled shot was saved by Firth, and Fenelon, in a good position at the far-post, completely missed his kick.

On 33 minutes, a defensive error from The Blues gave McQuoid the opportunity to collect the ball by the corner flag. Feeding Kinsella in support, the left-back’s angled cross invited Fenelon’s close-range shot, which was excellently turned onto the post by Firth. Both Gallagher and McClure awaited the rebound, yet both were crowded out.

The goalkeeper parried Oyeleke’s 51st minute shot was Aldershot Town continued in the ascendancy after the break, and then also denied McQuoid. McClure’s celebrations were cut short following a neat, instinctive finish after a ricochet on the edge of the penalty area was adjudged to have been via a Shots touch, and Fenelon had another golden opportunity in the 62nd minute.

Adam McDonnell’s left-wing cross found Fenelon breaking into the box ahead of his marker, but the volley was superbly parried by Firth. Seconds later, he then reacted quickly to claw an inswinging cross off the line

Chester finally picked up the pace of their own attacks but still Jake Cole’s only action of the entire game was a dive to push Harry White’s cross away from danger.

Substitute Nicke Kabamba saw his sliding touch saved on 88 minutes, and as The Shots continued to press in the sixth-minute of stoppage time, Firth did well to repel Kabamba’s 19-yard drive.

This was a far more comfortable and confident performance than last Saturday’s defeat at AFC Fylde, and must now use this game as a platform to push on in their final eight games to confirm their position as Play-Off contenders. 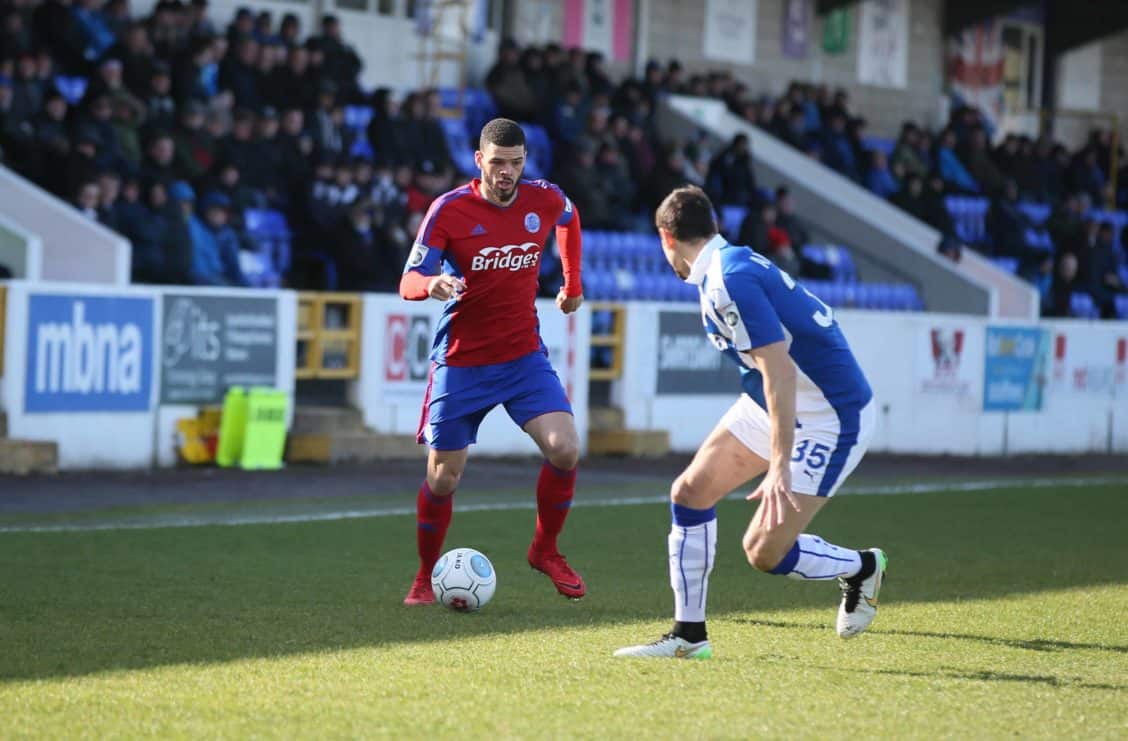 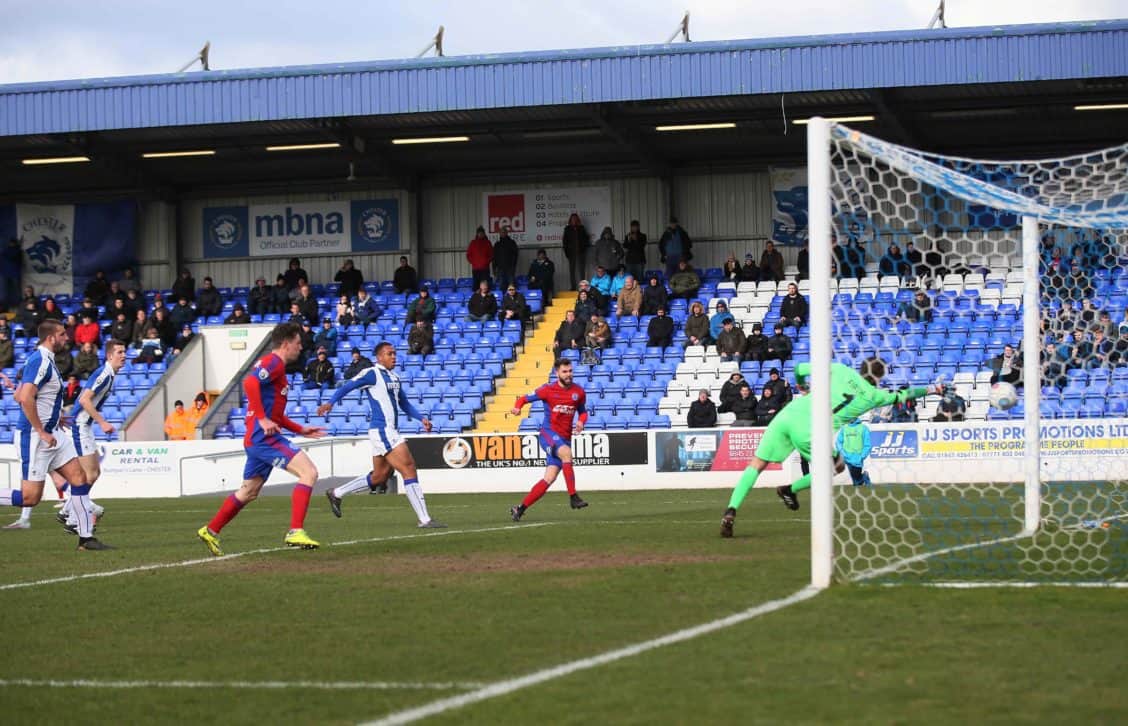 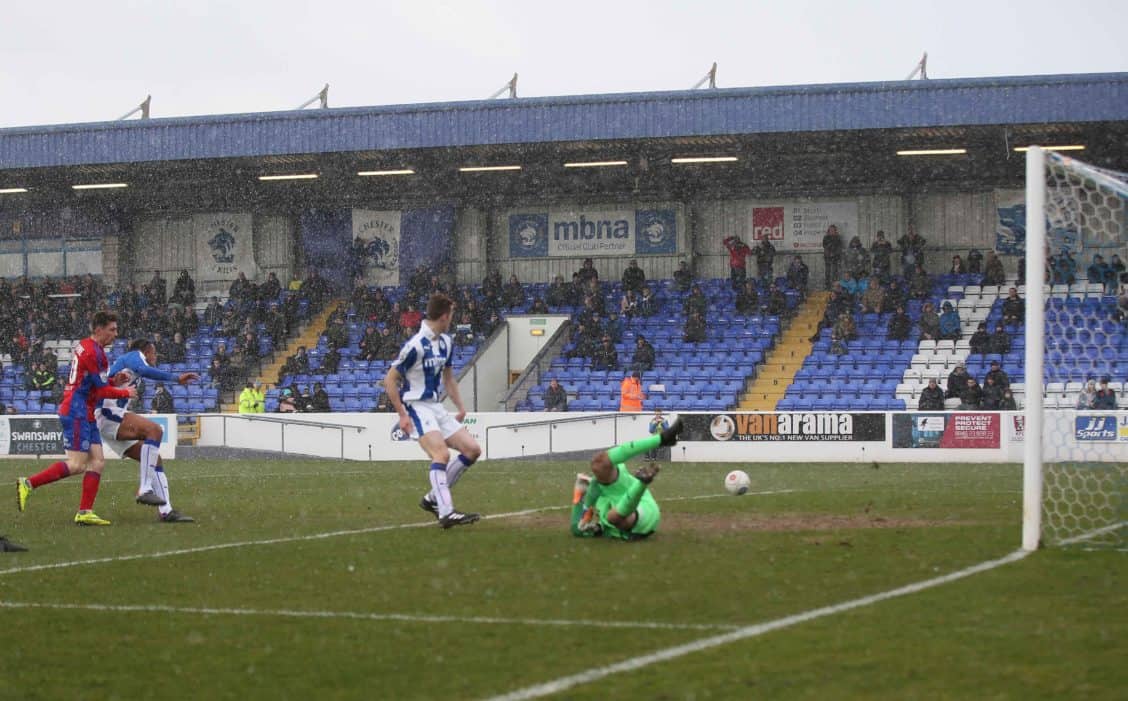 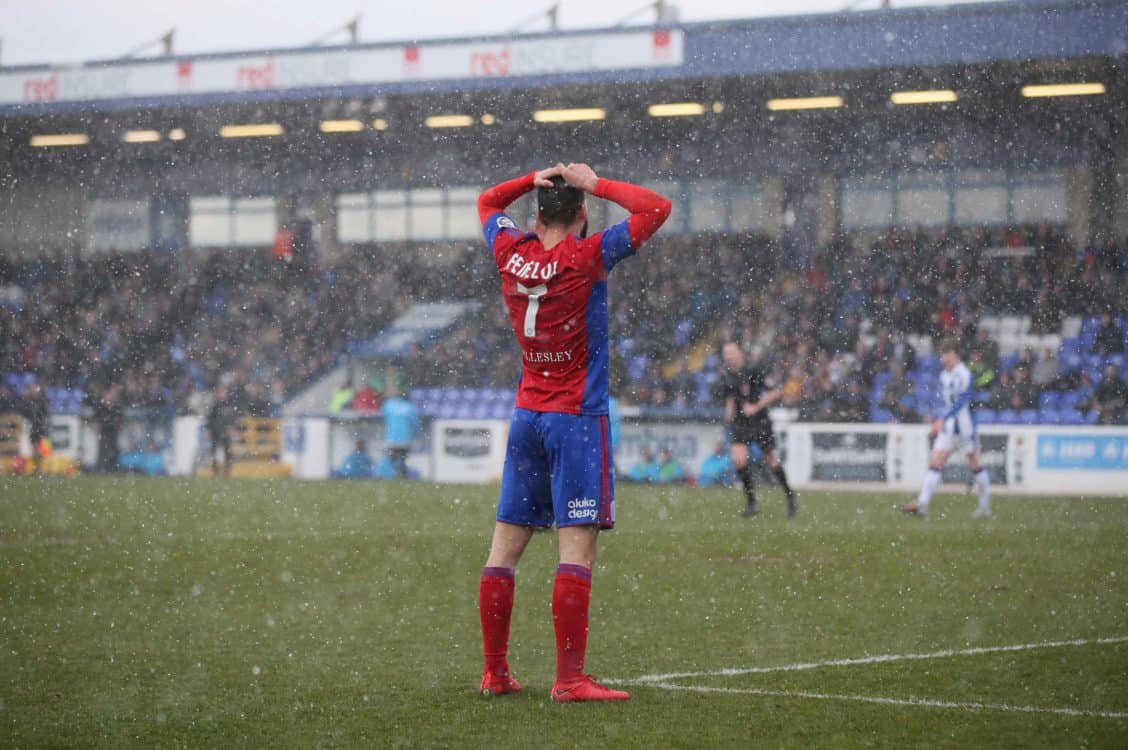 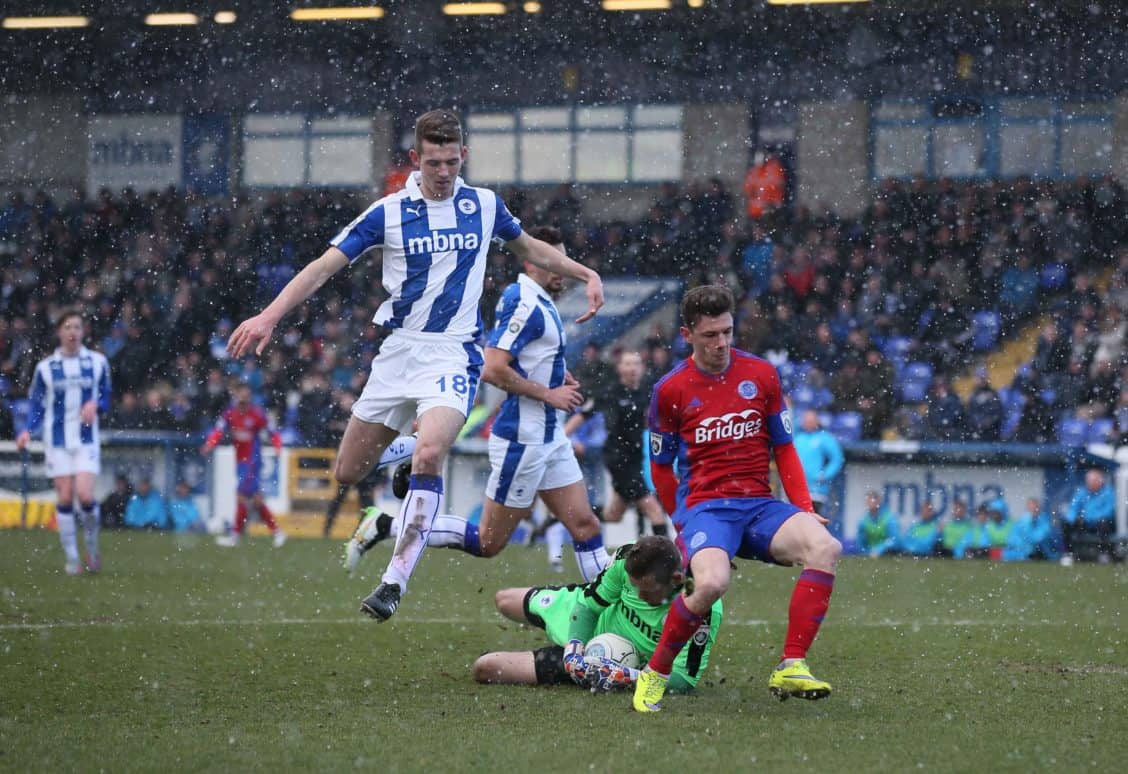 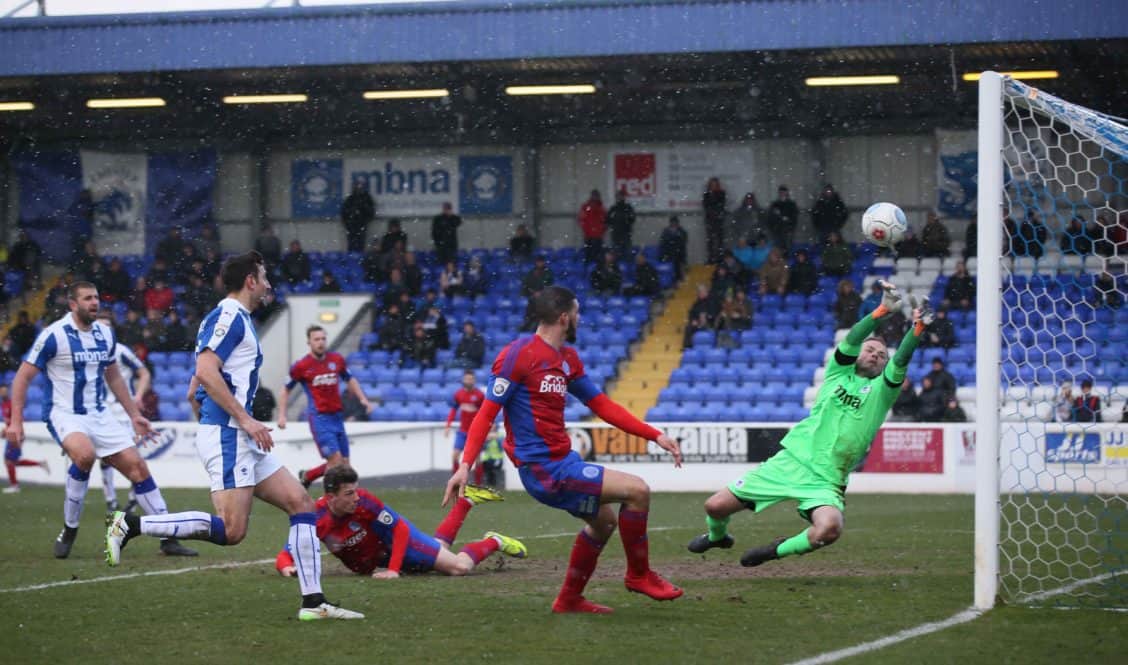 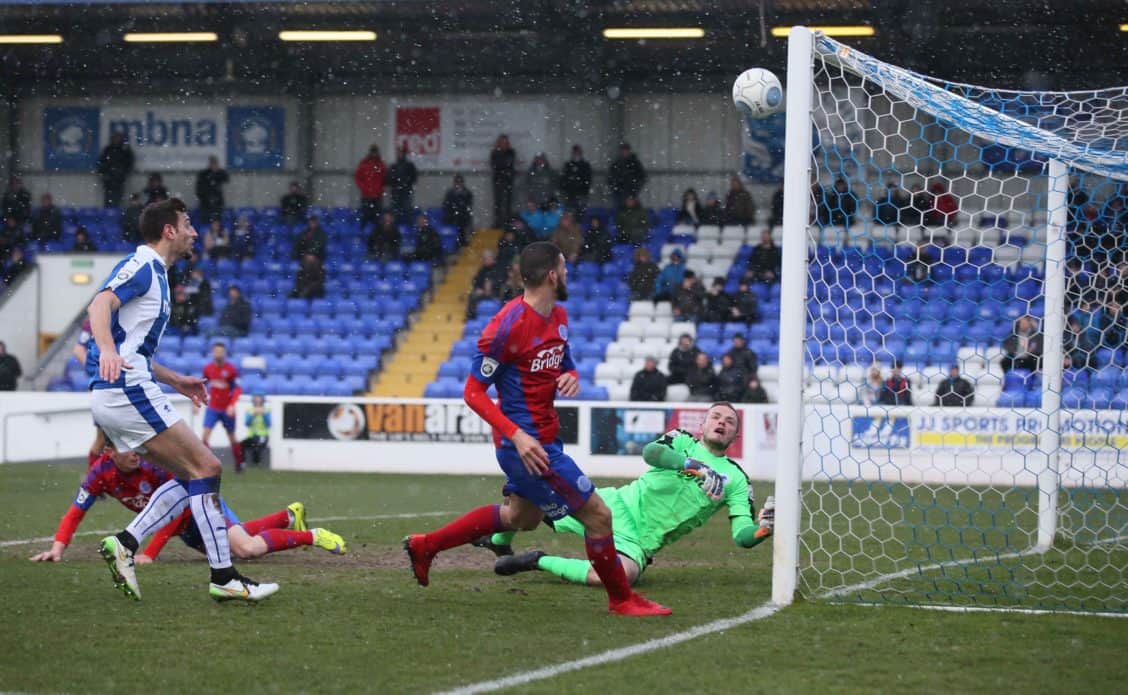 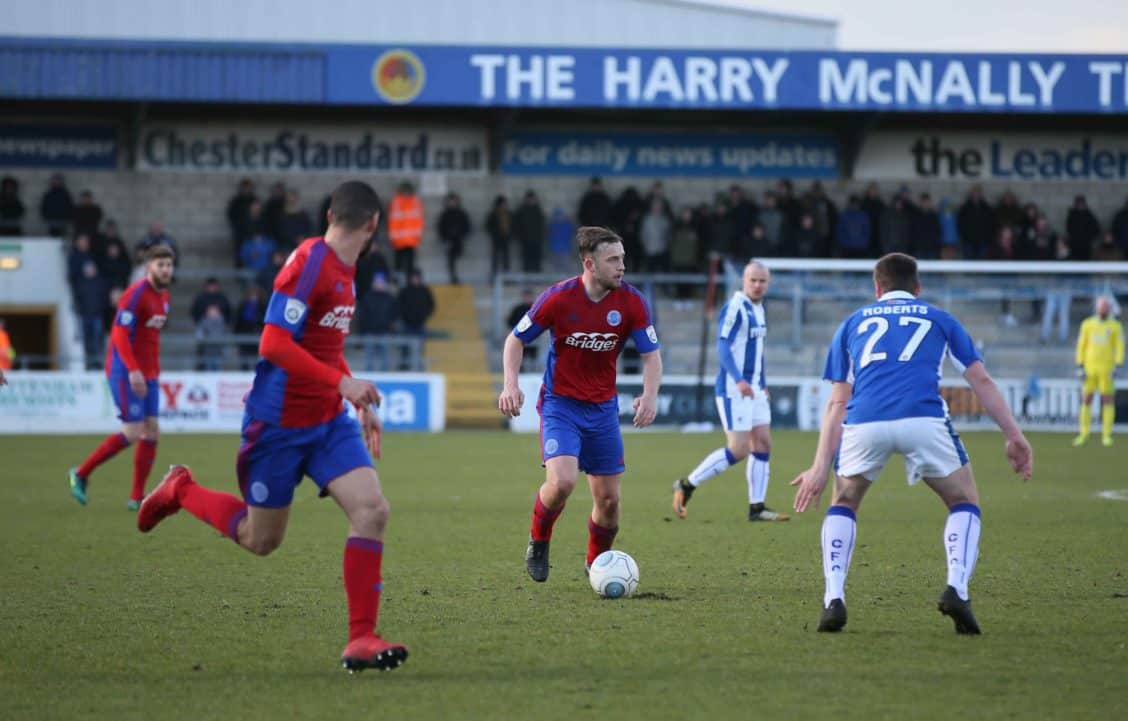 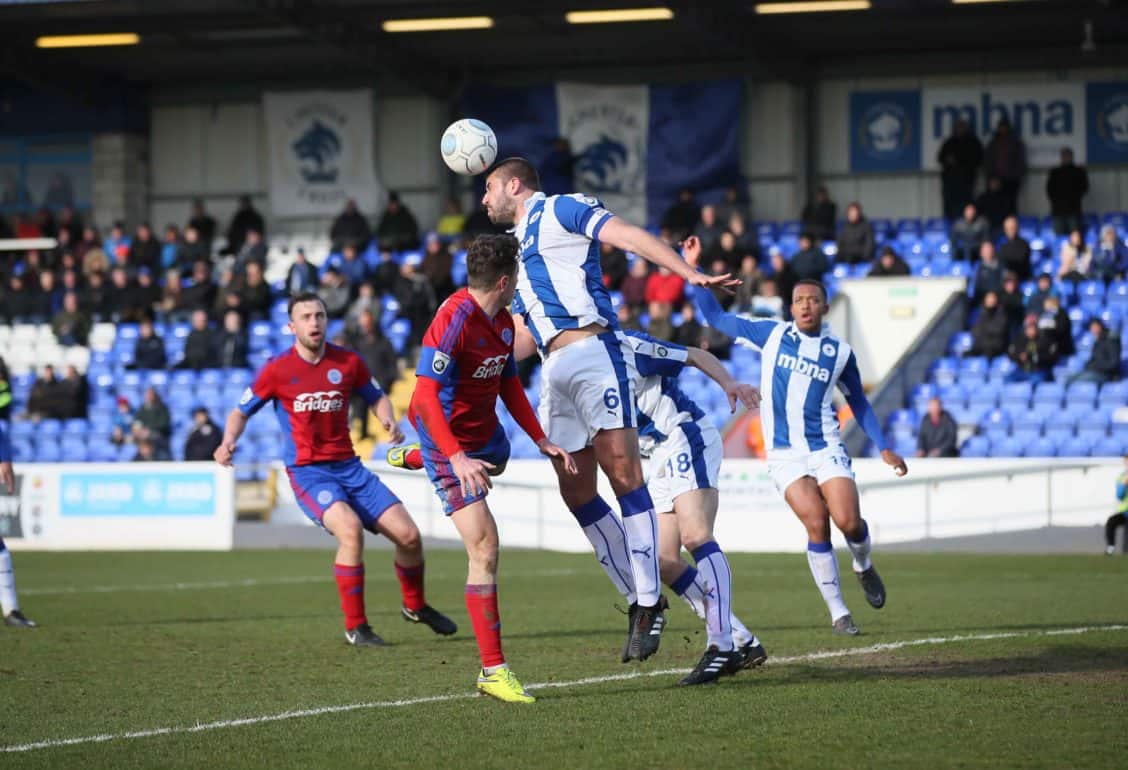 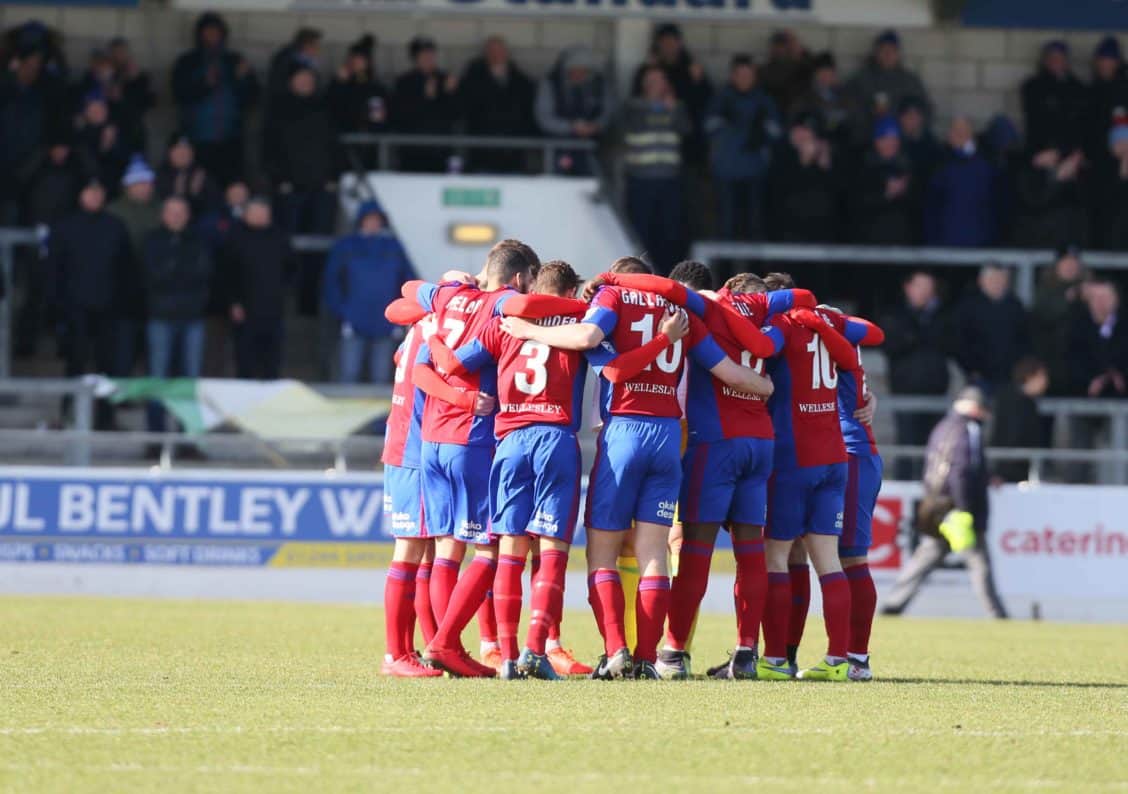 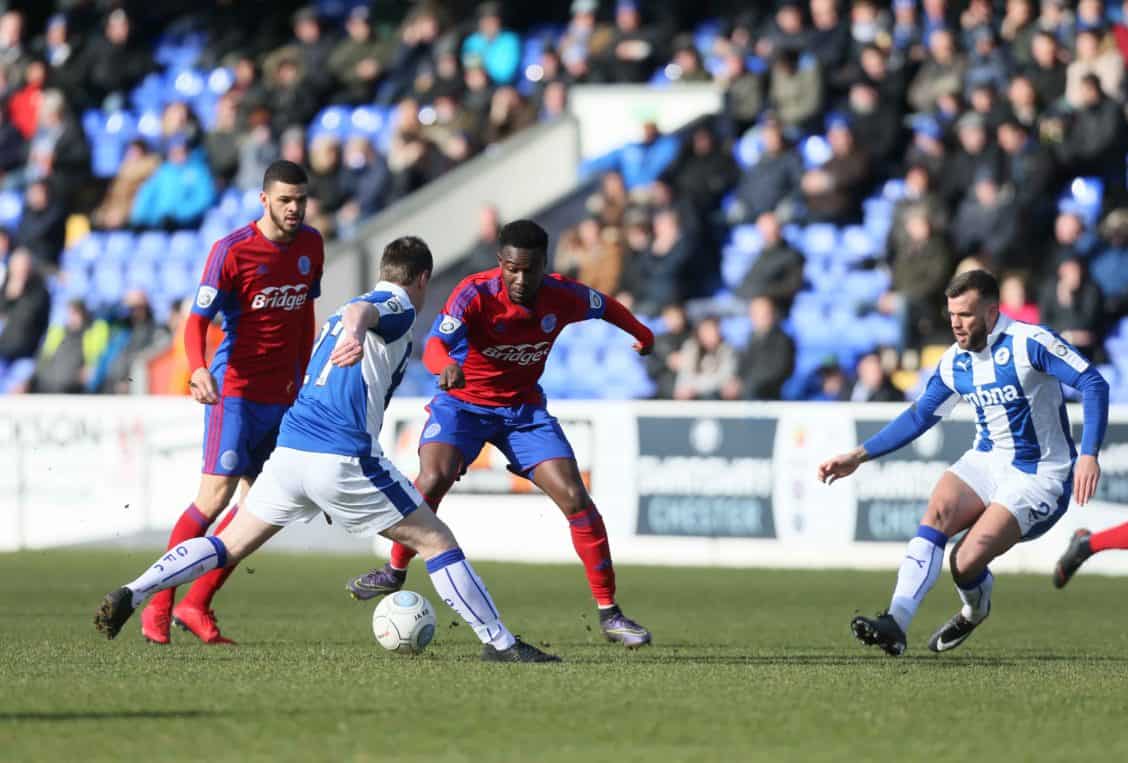 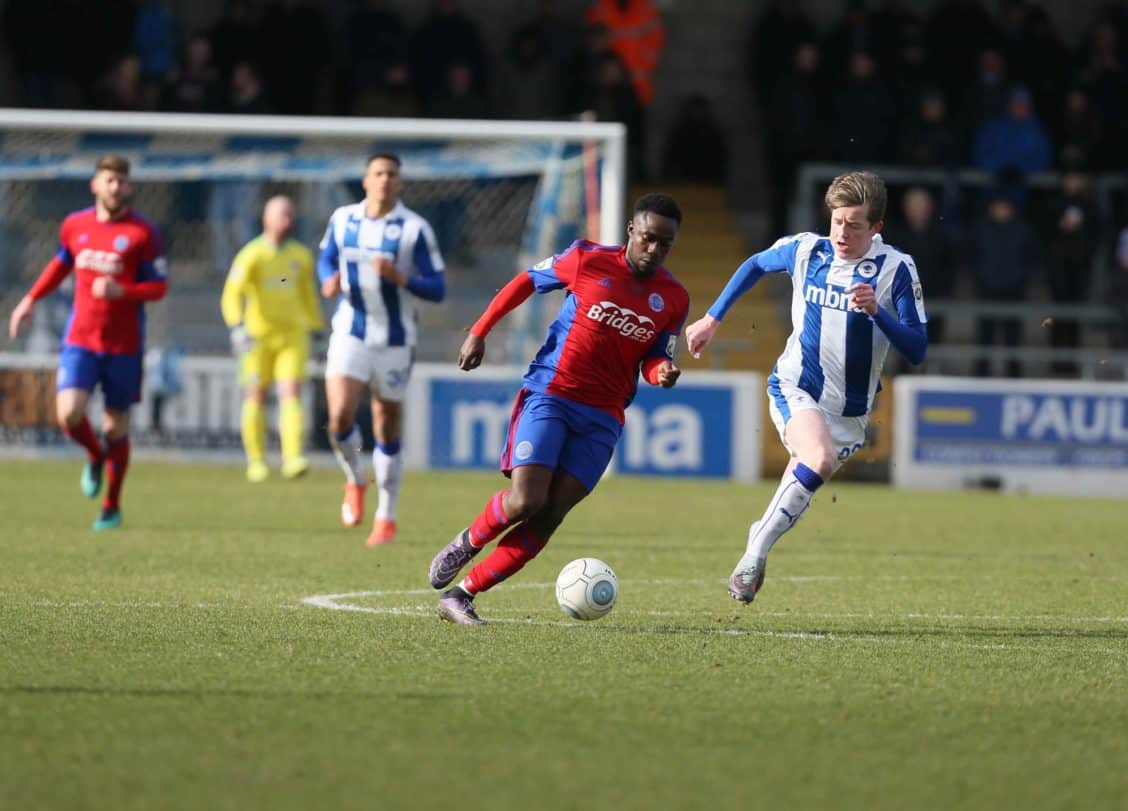 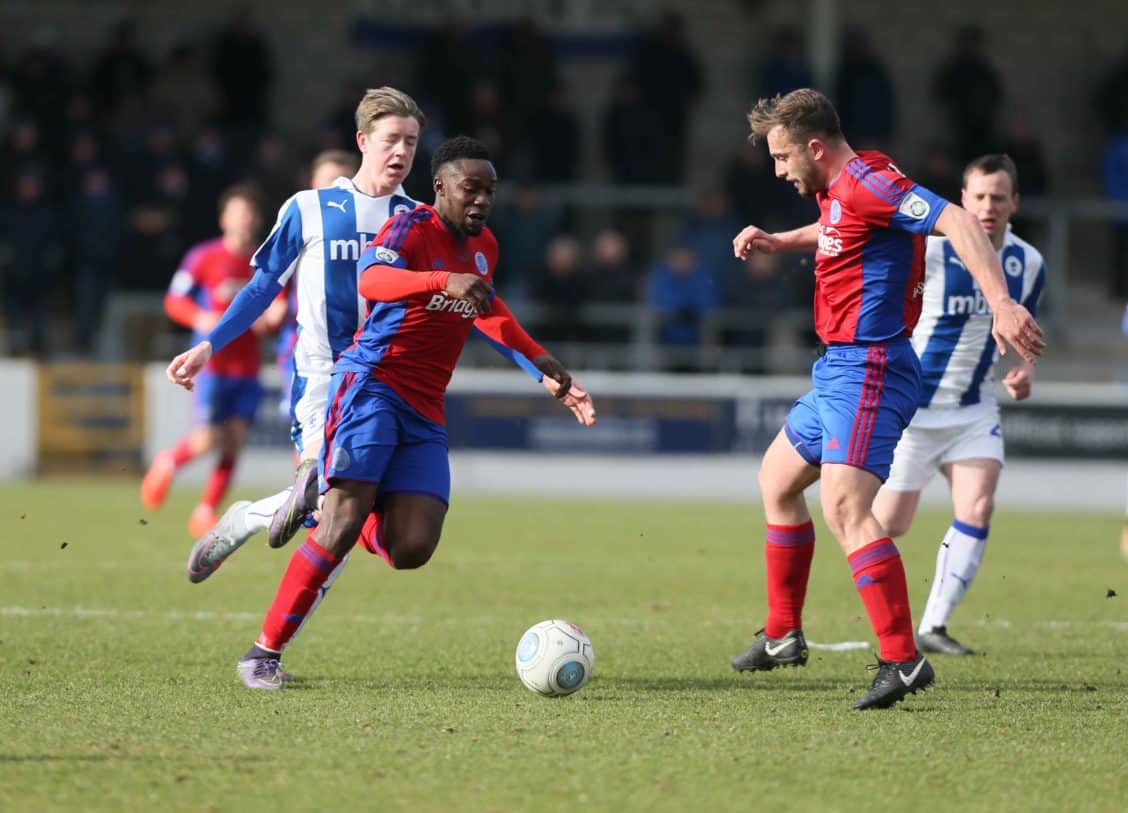 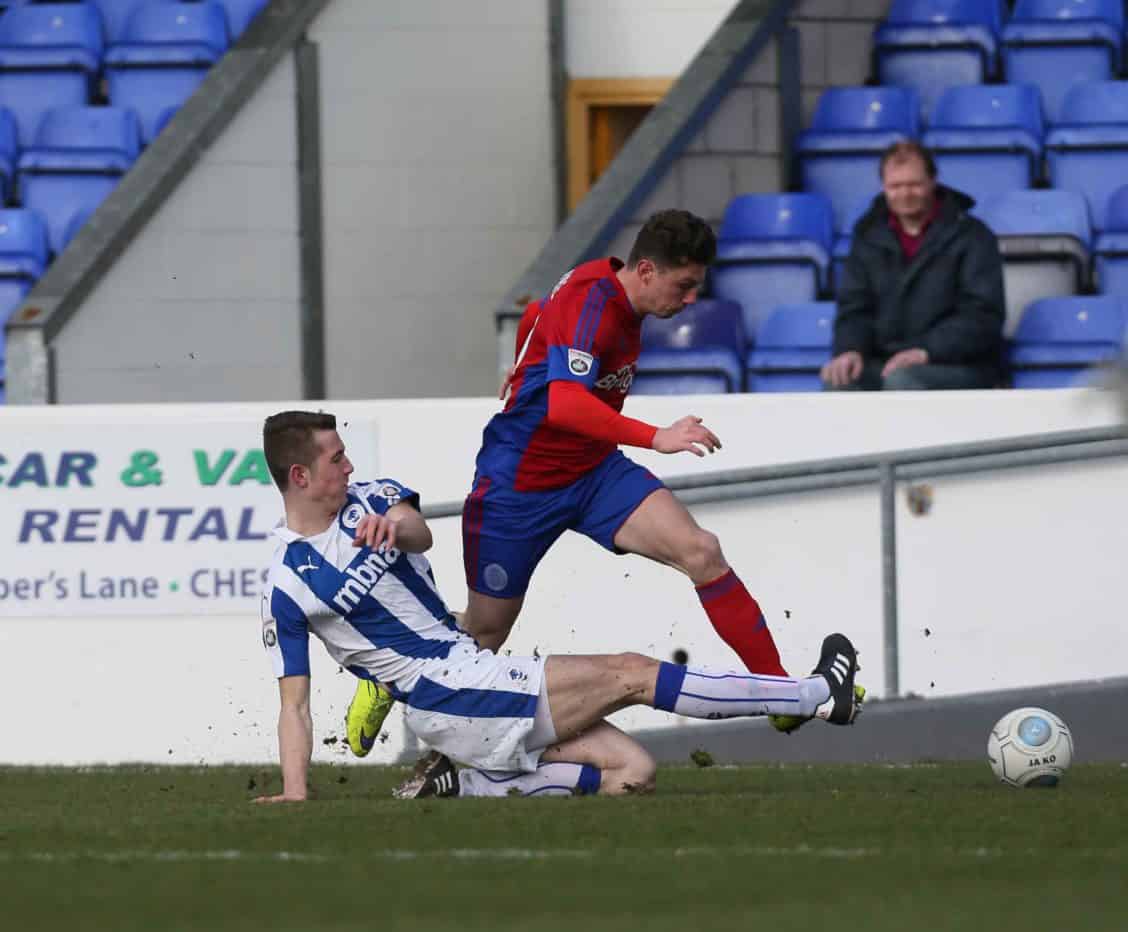 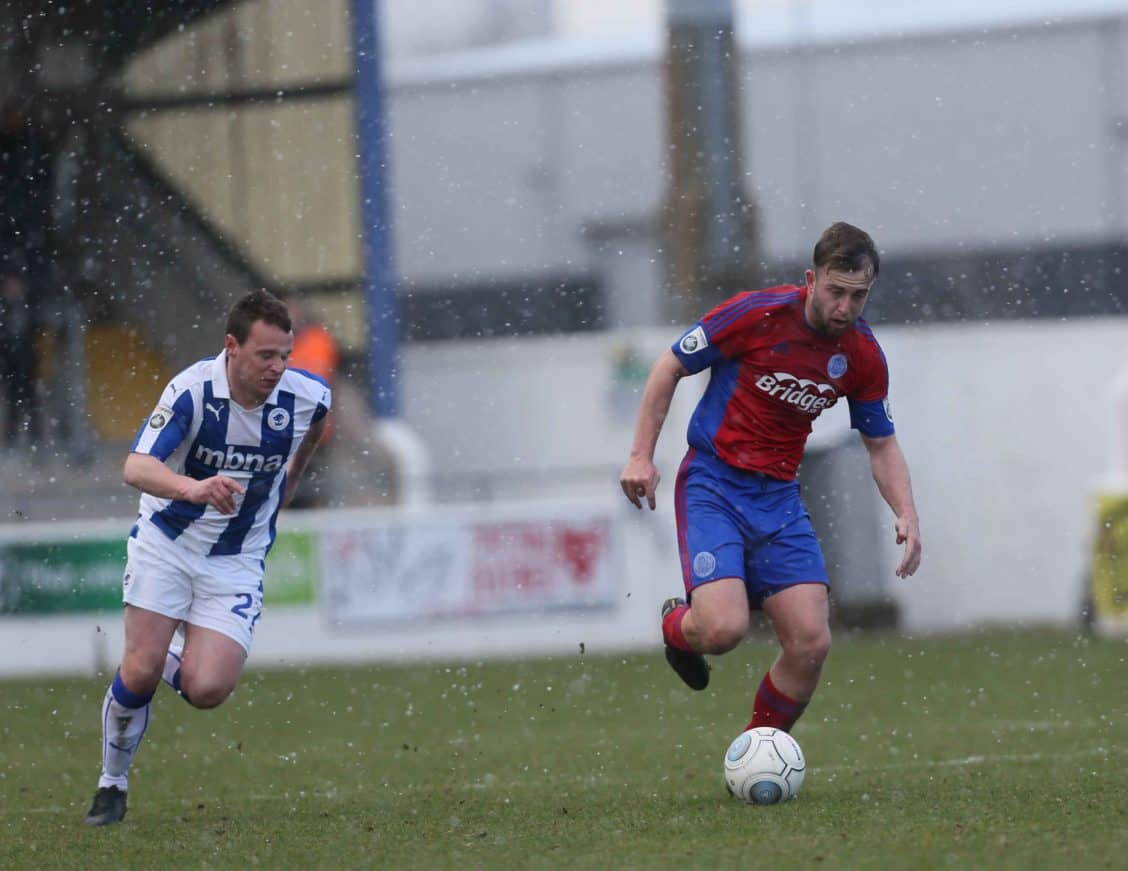 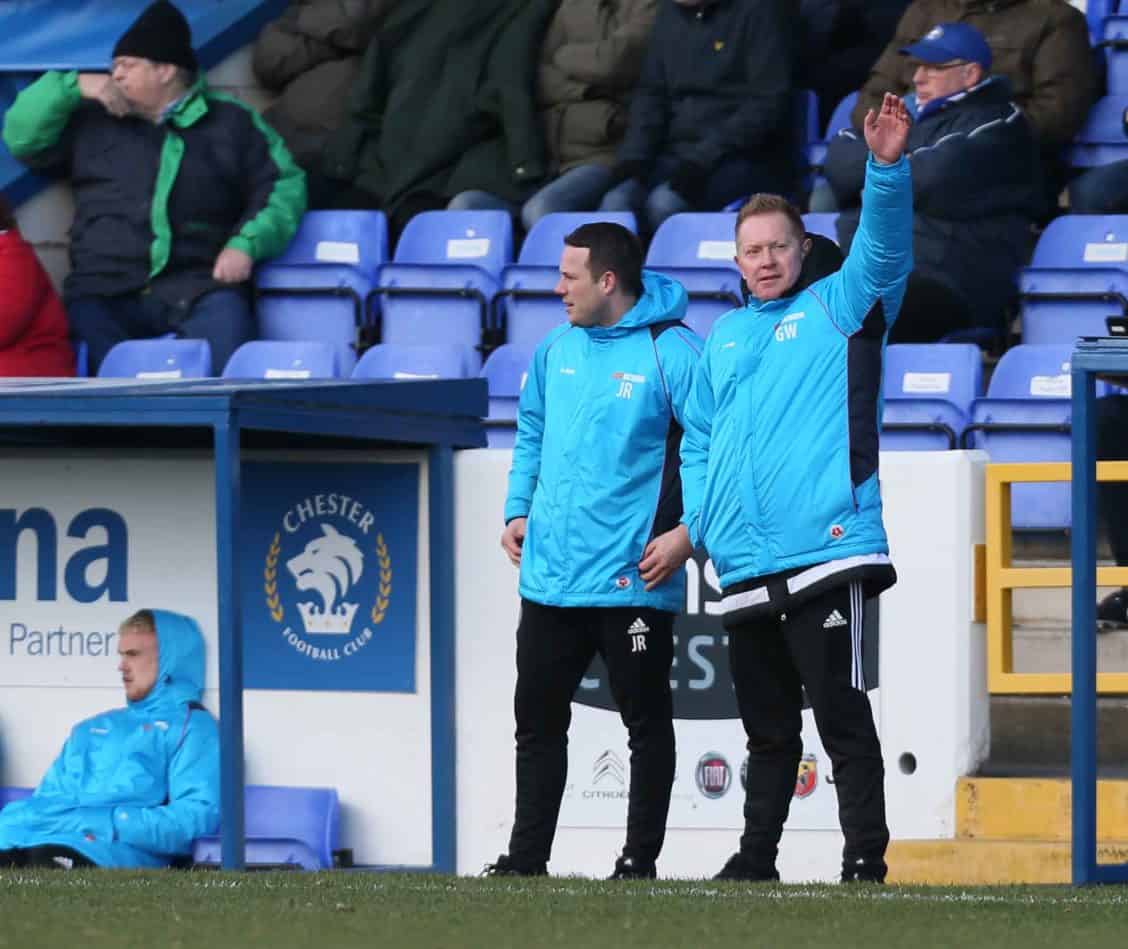 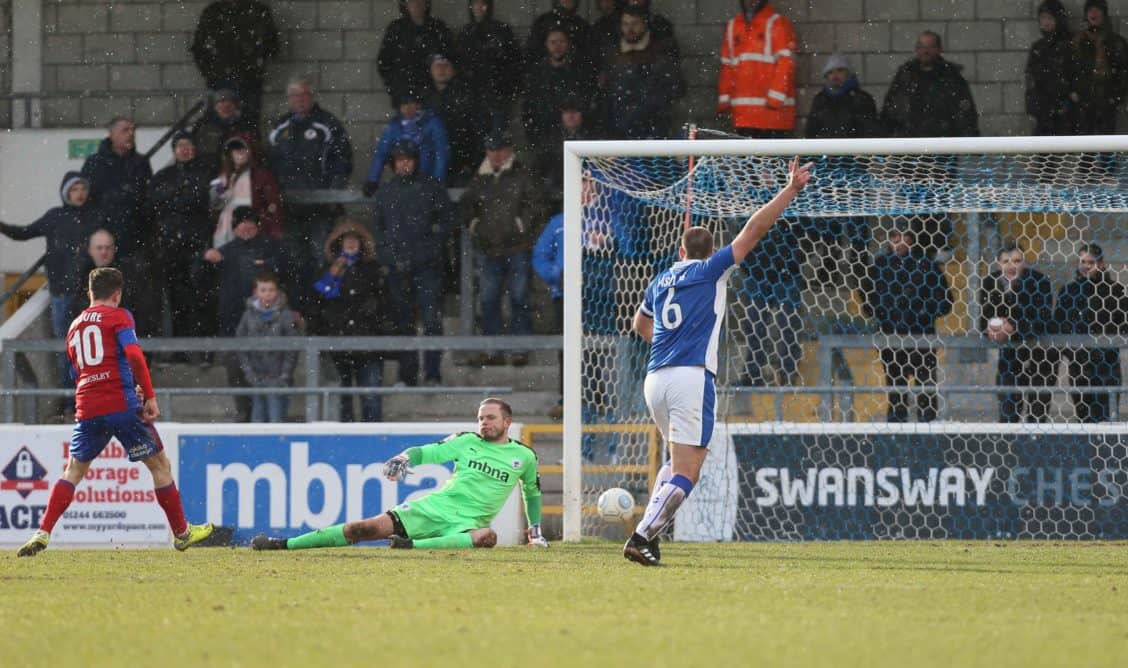 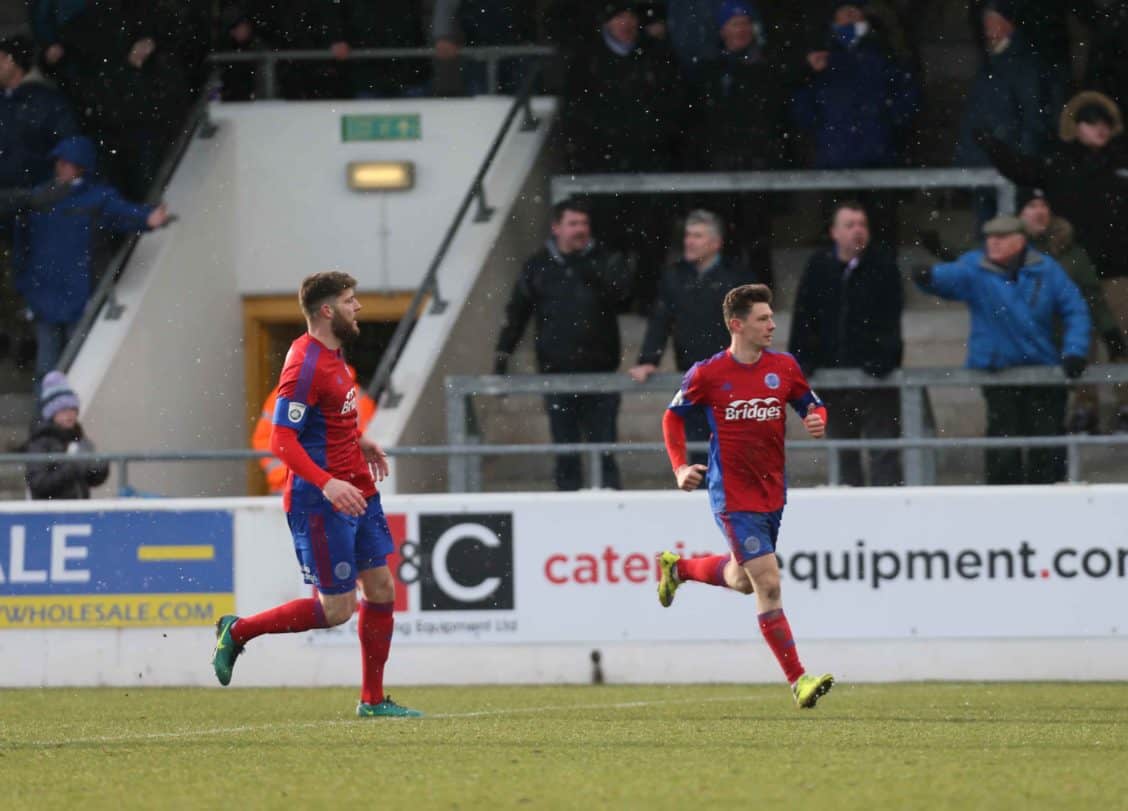 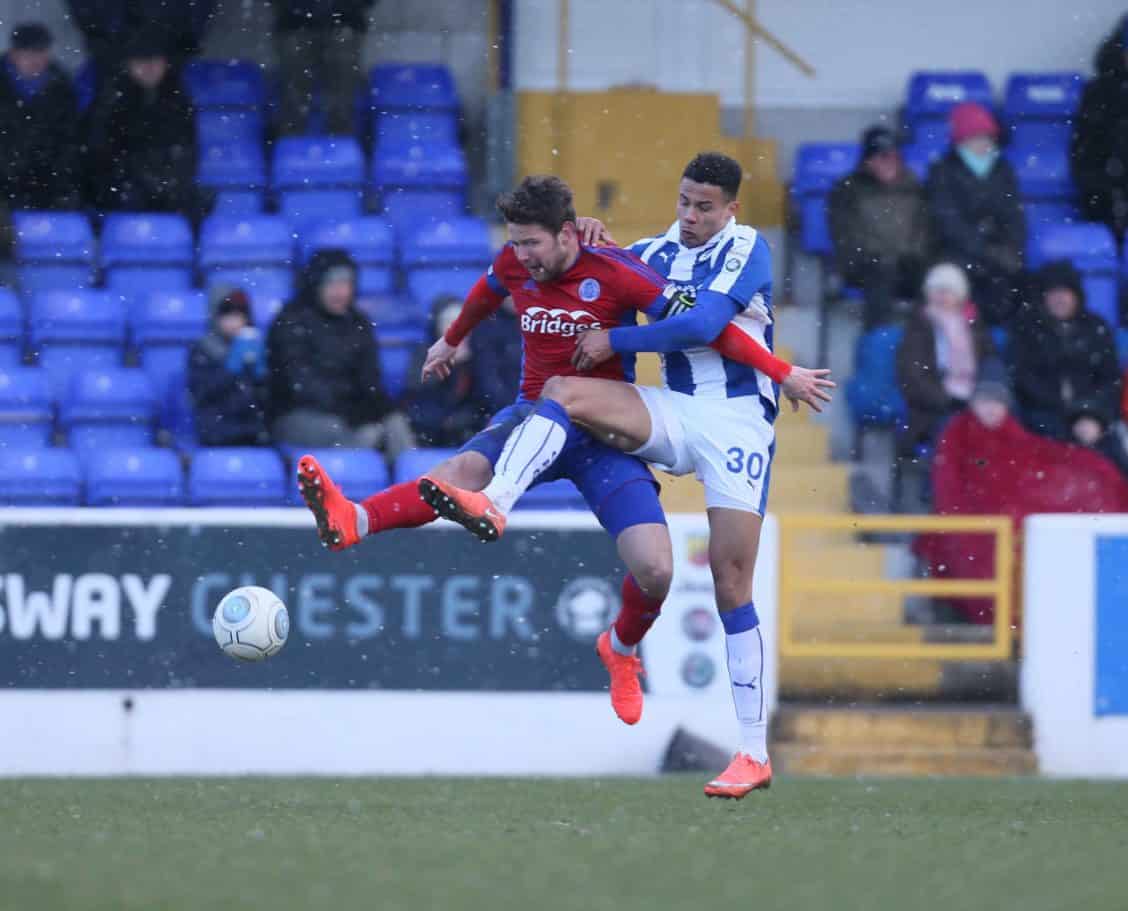 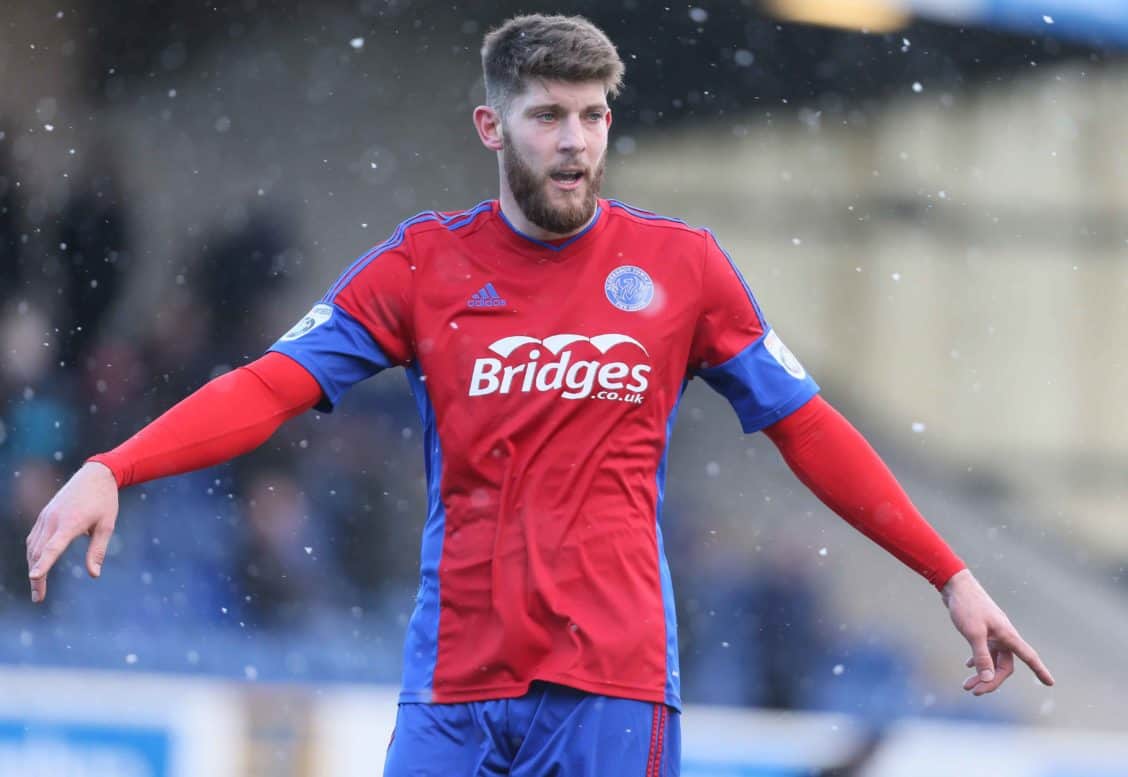 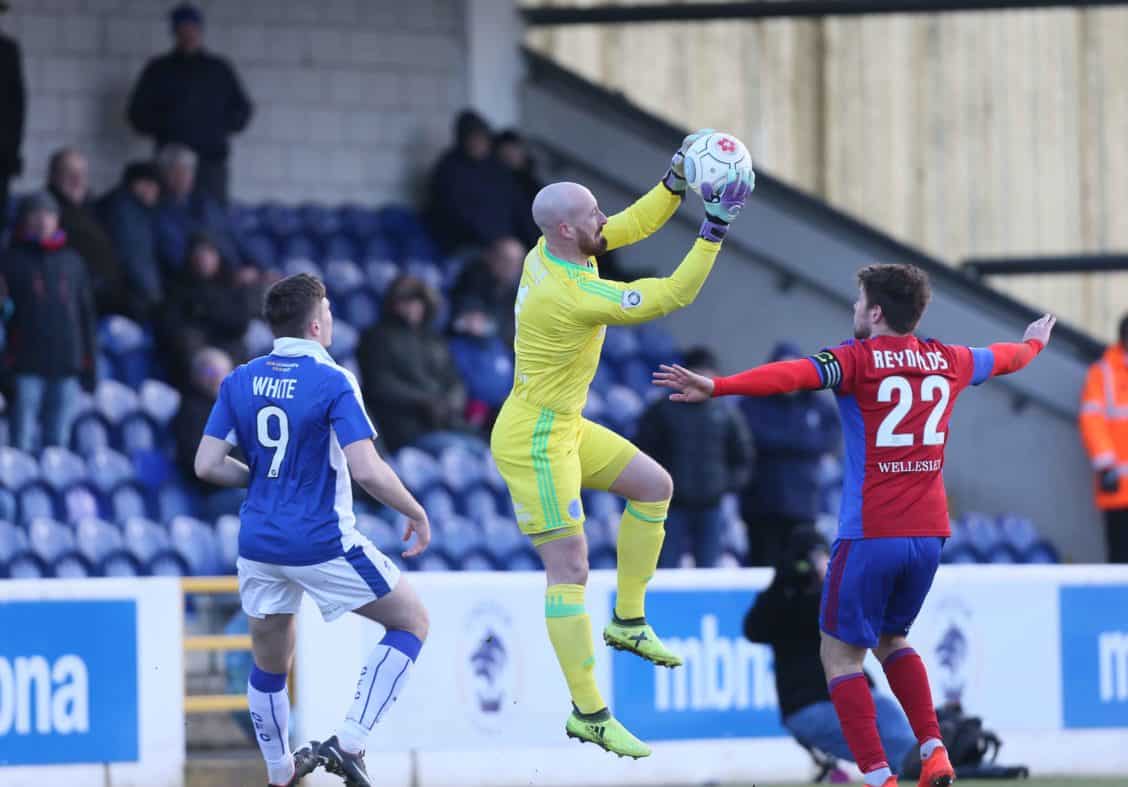 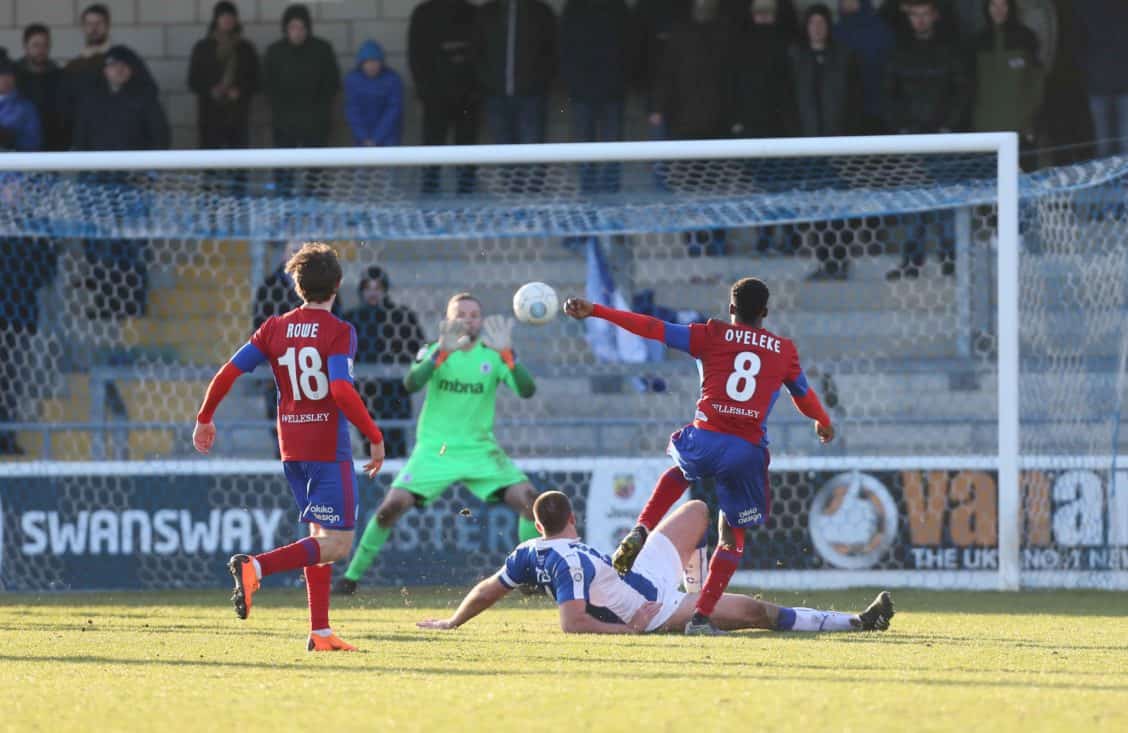