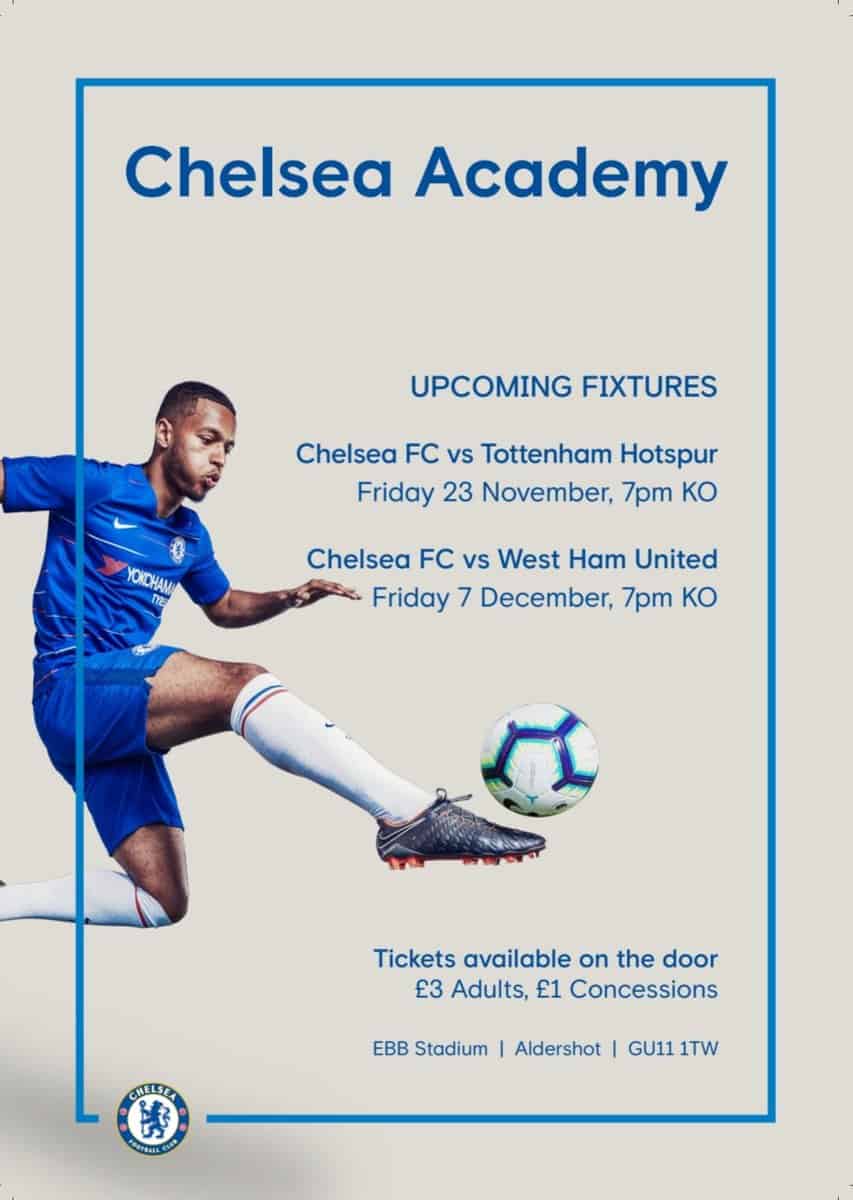 Chelsea U23s have a derby-day double coming up at the EBB Stadium starting this Friday when they host the U23 squad of Tottenham Hotspur in the Premier League 2.

Kick Off is at 7PM with tickets priced at just £3 for Adults and £1 for Concessions, a fantastic value to see some of the brightest young footballing stars the country has to offer.

The Blues squad could include the likes of Callum Hudson-Odoi, Ethan Ampadu and Lucas Piazon, all of which have made first-team appearances for the West London side. Conor Gallagher is also likely to be included and he’s the youngest brother of Shots favourite Jake.

Spurs are likely to include Shayon Harrison, Luke Amos, Anthony Georgiou, Tashan Oakley-Boothe, Kazaiah Sterling and Oliver Skipp who have all made first team appearances with the Lilywhites and several appearances on loan at EFL clubs.

West Ham United’s U23s then play Chelsea at the EBB Stadium on Friday 7th December with a 7PM Kick Off with more details on the fixture posted on the Shots official website nearer the date.

Chelsea currently sit in third place just one point above fourth-placed Tottenham and West Ham sitting in tenth just one place and two points above the relegation zone.