Chelsea began their Premier League International Cup campaign with a comeback victory against a strong Feyenoord side at the EBB Stadium on Tuesday night.

Turkey Under 21 international Bilal Basacikoglu gave the Rotterdam club – featuring two full internationals, in Swede Simon Gustafson and Watford’s Netherlands loanee Steven Berghuis – a 12th minute lead. Basacikoglu was sent-off for a second bookable offence on 58 minutes and Chelsea – including Netherlands international Marco van Ginkel – scored two in a minute as Dujon Sterling and Ike Ugbo turned the game around in the 82nd and 83rd minutes.

Feyenoord have now lost both of their Group D fixtures, having also lost to Swansea City last month. The Blues continue their campaign by hosting GNK Dinamo Zagreb at the EBB Stadium on Friday 16 December and The Swans on Thursday 22 December – admission to both matches is FREE!

Next up, though, is the visit of Manchester United in a Premier League 2 fixture on Friday 9 December, as The Blues look to extend their six-game unbeaten run against a United side currently managed by Nicky Butt.

Chelsea’s Under 18s then begin the defence of their FA Youth Cup title on Tuesday 13 December against Cardiff City.

Unless otherwise stated, admission to all Chelsea Academy games are £3 for adults and £1 for concessions. Please check this website, or Aldershot Town’s Facebook and Twitter pages, for updates before travelling. 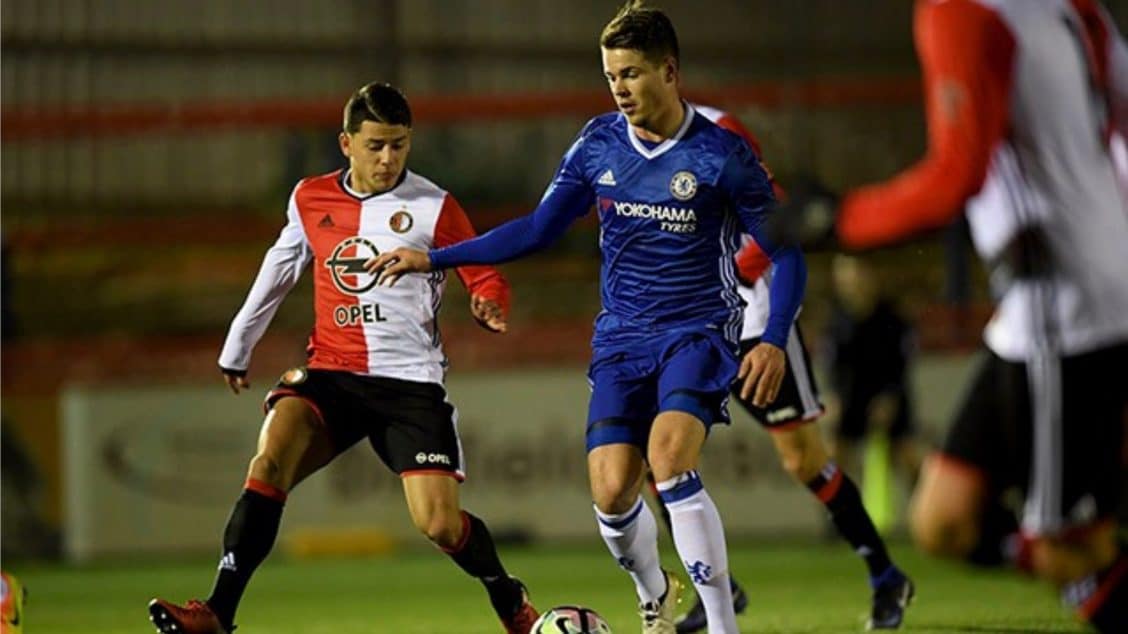