Club sponsors Charters of Aldershot have helped to put new Shots boss Barry Smith on the road to success with a new company car.

The Peugeot 208 has been supplied by one of Aldershot Town’s longest-serving sponsors, based on Ash Road, and Smith, who is moving down from Scotland later this month, said: “I am very grateful to Charters. It’s going to be important for me, with the fact that I am going to be at a lot of games and meeting as many people as possible, and also being around the local community. Charters are a big part of that and I thank them for their continued support.

“It’s important that the people of Aldershot see my commitment to the Club. The Club must also be at the heart of this community, and I am more than happy to play my part in that.”

Derek McQueen, Group Operations Director for Charters Group, echoed that sentiment: “Charters are proud to be part of our community, and delighted to further our long-standing association with Aldershot Town. We hope that the car will help Barry to do his job to the best of his ability and that we can, in some small way, help to bring success back to the Club.”

Based in the town for over a century, the family-owned Charters Group were Aldershot Town’s primary club sponsors in 1997-98 and have remained a vital club partner ever since. With both Peugeot and Citroen dealerships located in Aldershot, Charters are ideally placed to deliver a wide range of cars and LCV vehicles at great prices and with the best possible customer service. For further information, visit http://www.chartersgroup.com/. 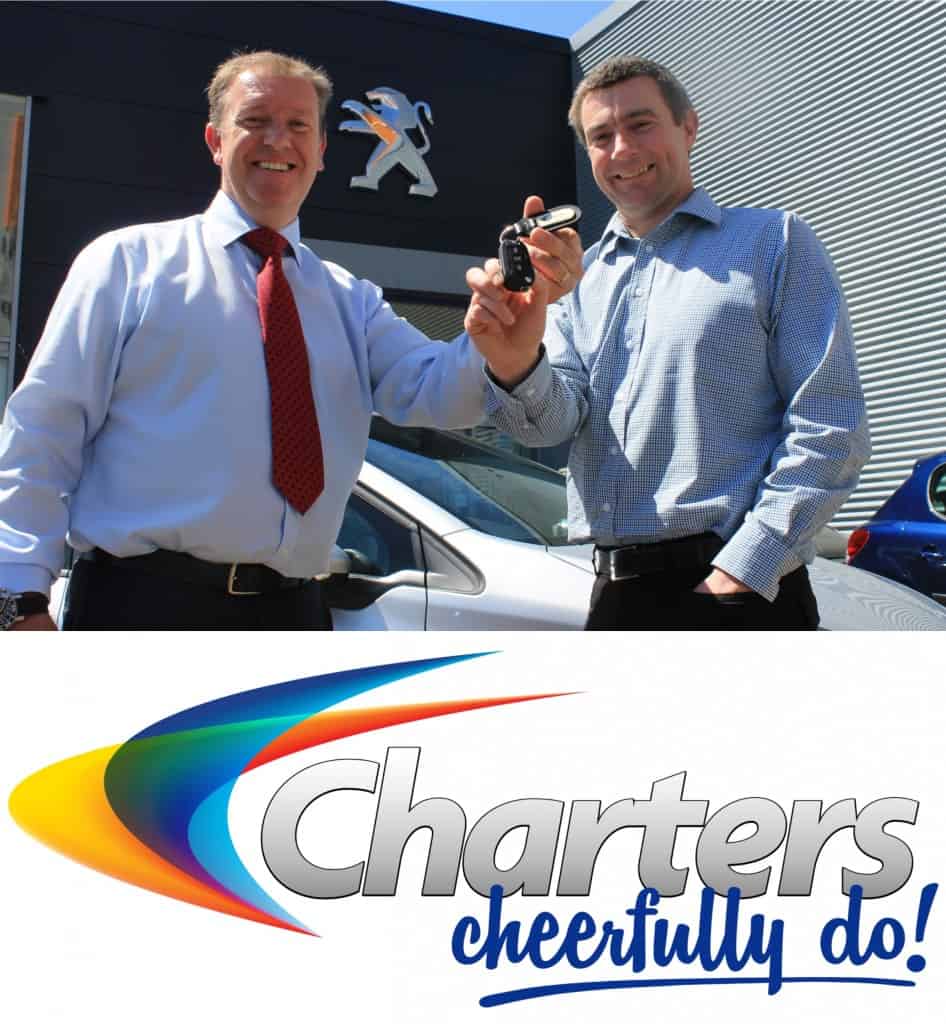