Five cyclists will undertake the 50 mile, three-and-a-half hour ride from Wembley Stadium to Aldershot, with plans to arrive in time for the final home game of the season against Southport at 3pm, whilst four other riders will be on static bikes outside the EBB Stadium from 9am, all raising money for Phyllis Tuckwell Hospice.

Cyclists riding from Wembley to the EBB Stadium will include Steve Redfern, Simon Cox, Sean Donohue, Barry Hindmarsh, and Mark Butler, whilst the static riders will be Jackie Jones, Sophie Jones, Claire Miller and Luke Pitkin.

Now in its fourth year, the Challenge is sponsored by Farnham Leisure Centre and Marshels Roofing, who have helped with the loan of static cycles and transport.

All donations go direct to the Phyllis Tuckwell Hospice and can be made by visiting the Challenge’s Just Giving page here, or by texting 70070 with the text CCPT75 and an amount from £1 to £10

The Challenge is held in honour of Shots fan Steve Chapman, who died in 2011, and of whom Jackie, his fiancé, says: “Steve used to raise money for local charities and was a keen cyclist, so we wanted to honour him in this way. He toured 92 Football League grounds in five days in 2007 in aid of Phyllis Tuckwell, and we know how much the Hospice means to so many people in the area.

“Steve loved Aldershot Town Football Club – they were his religion, and the East Bank, where he always stood, was his church. He always wanted to see The Shots play at Wembley so it seemed appropriate that we use that as the starting point.” 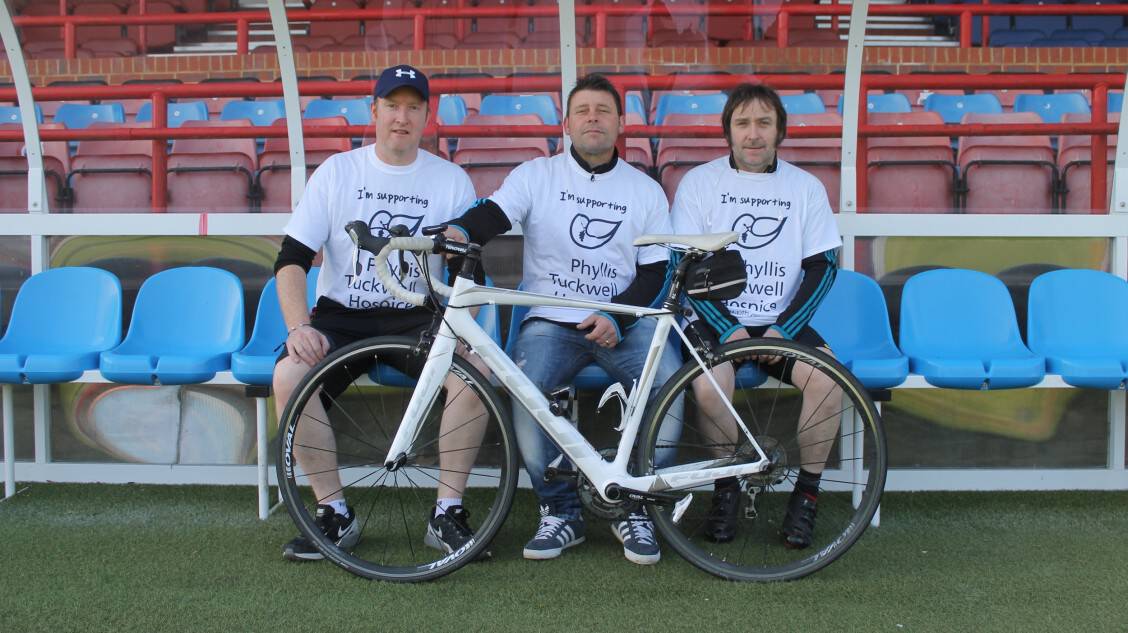