Over 300 people, including Gary Waddock and his first-team squad plus the Mayor of Rushmoor and Aldershot Garrison Commander, helped to make Aldershot Town 16th annual Christmas Carol Service a huge success last night.

Aldershot Town Programme Editor Victoria Rogers had read Luke 2 verses 1-20 before Rev Pusey launched into his trademark rousing sermon which highlighted how the Club has endured through bad times and come back stronger, despite the disappointment and bruises. He encouraged patience amongst supporters – a quality, he stressed, not always found in abundance among football fans – and that the sport required its followers to adhere to a simple role: enjoy, enthuse and encourage.

The Chaplain admitted that, in his semi-retirement, the Club had become his church, and led the audience in warm applause for the gathered players. He also highlighted the invaluable community work undertaken by the Club, and was particularly full of praise for the volunteers who tend the Stadium’s Garden of Remembrance in honour of those fans no longer with us.

Linda Scard continued the theme of enduring support and loyalty, and how the appointment of The Wadfather Part 2 might be seen as The Second Coming; how God gives what we need if not necessarily what we want, and how football has become, for some, the true meaning of Christmas, but admitted that she didn’t adhere to requests to pray for victory!

After a fantastic service, which featured carols including Joy To The World, While Shepherds Watched, O Little Town of Bethlehem and Hark The Herald Angels Sing, a collection was made in aid of both The Source young people’s charity and Phyllis Tuckwell Hospice.

The audience then enjoyed mulled wine, real ale, mince pies, sausage rolls, donated by club sponsors Hi-Speed Couriers, whilst mingling with the players, management and directors of The Shots.

Rev Pusey said: “The Service is always one of the highlights of our year, and I was delighted to see so many Shots fans in attendance, as we do every year at this event. It feels as though the Service gets more popular by the year. It is a real chance to celebrate our togetherness and bring joy to our world. That is something which has been sadly in short supply for many people in 2016, but I hope that we all find peace and harmony this Christmas.”

Aldershot Town thank everybody at Holy Trinity Church for the warm welcome they again extended to the Club, and to all supporters and well-wishers who enjoyed the evening. 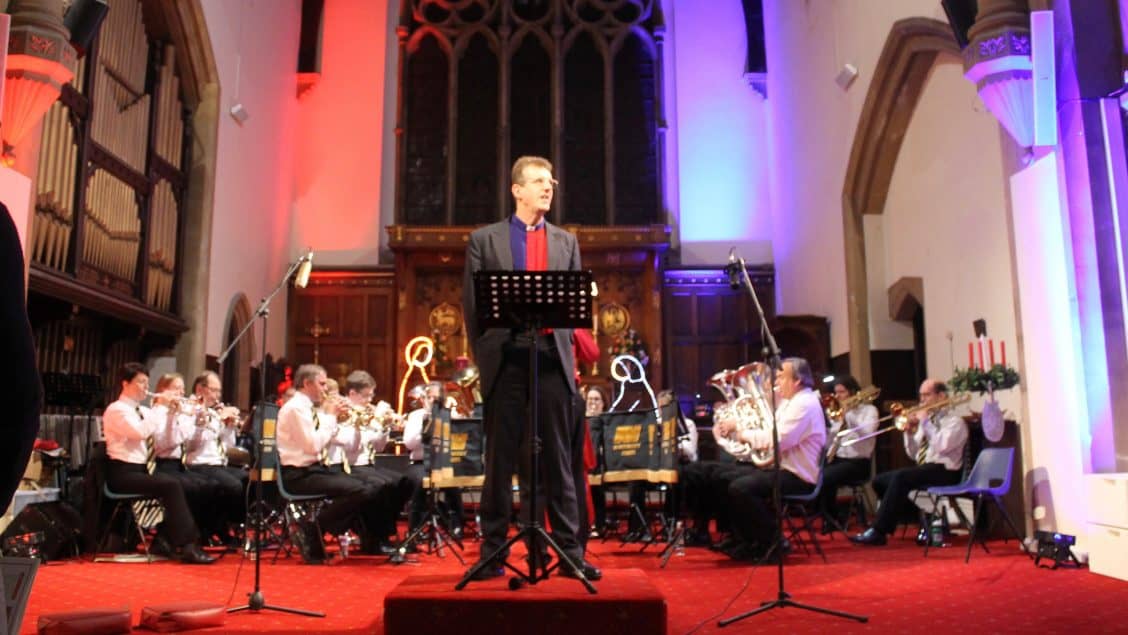 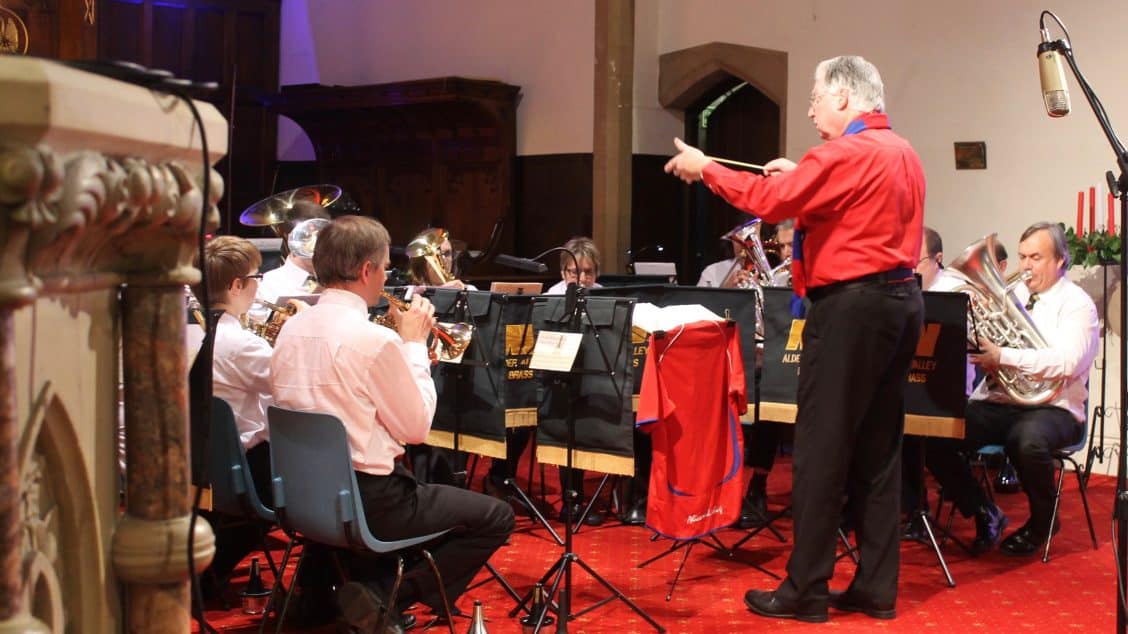 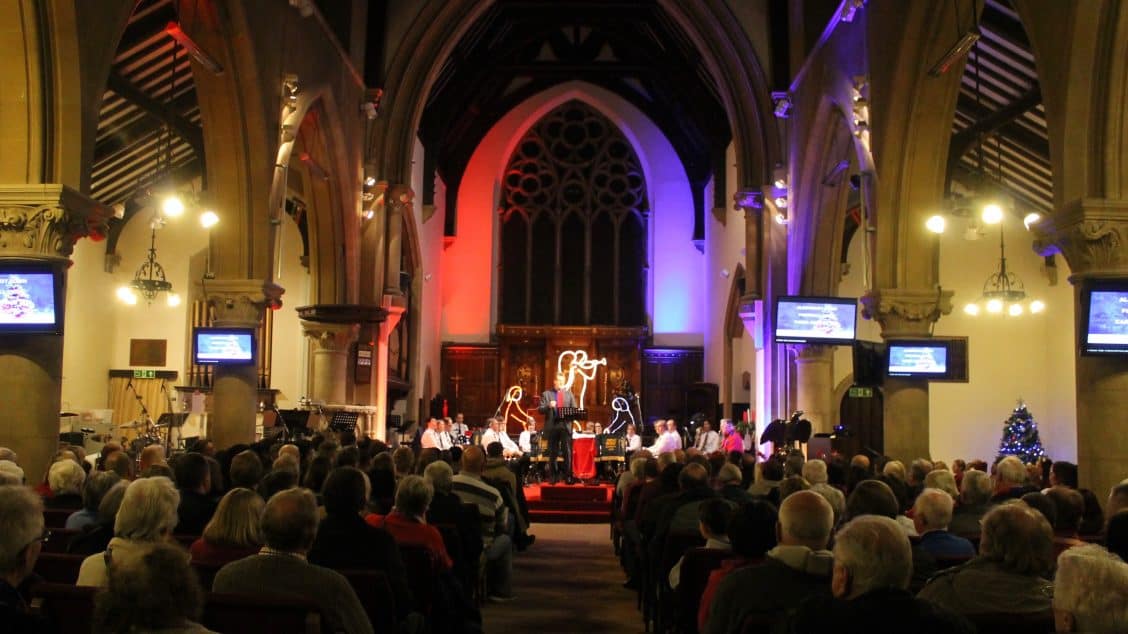 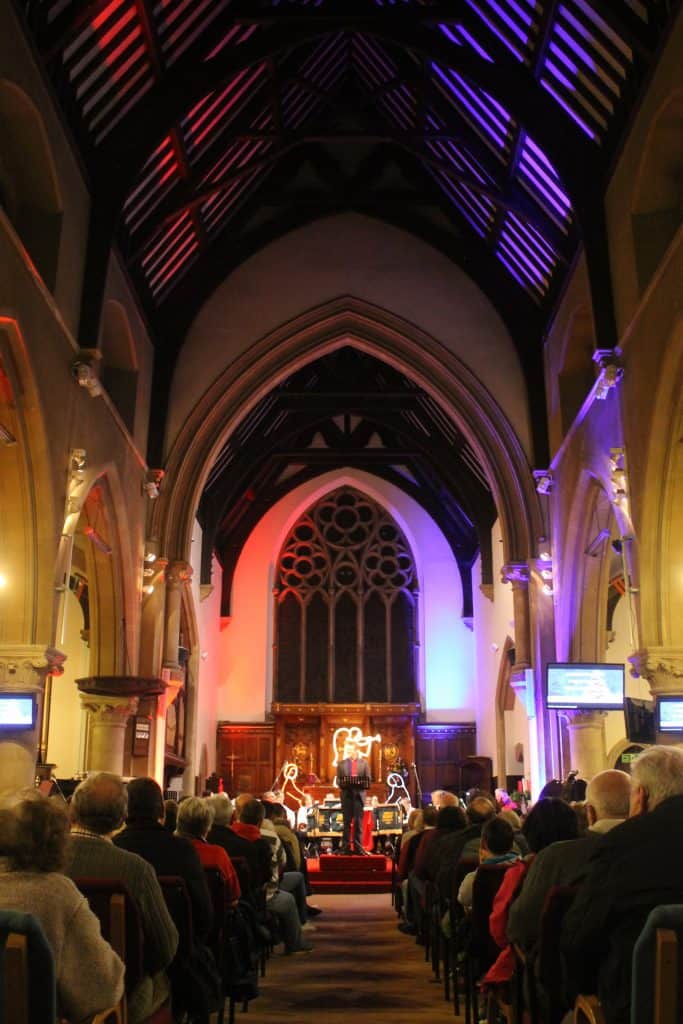 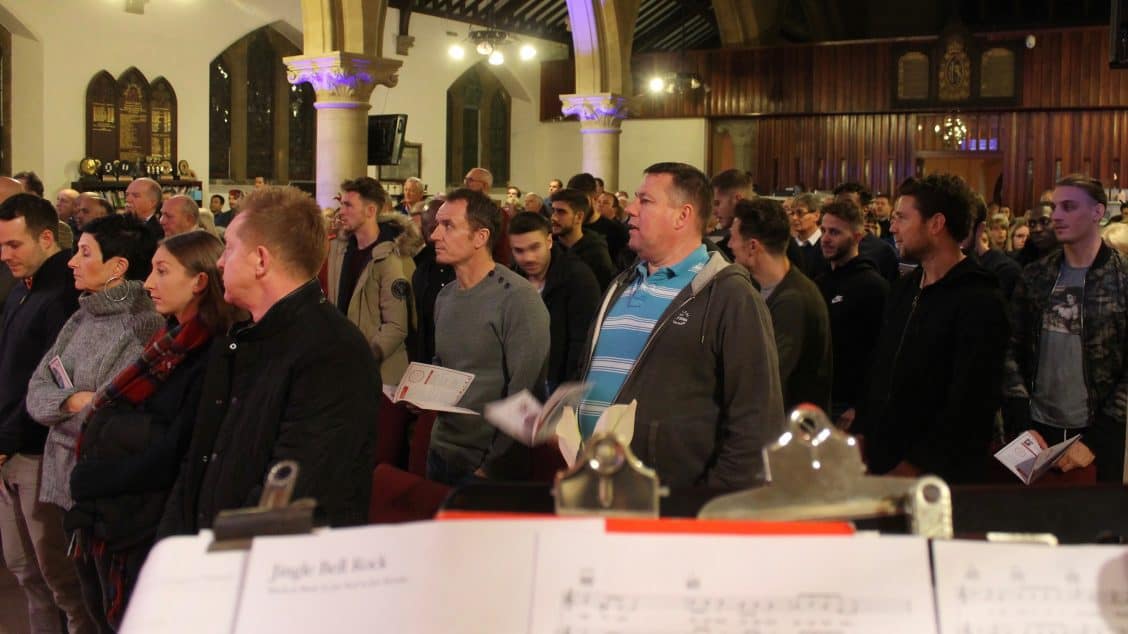 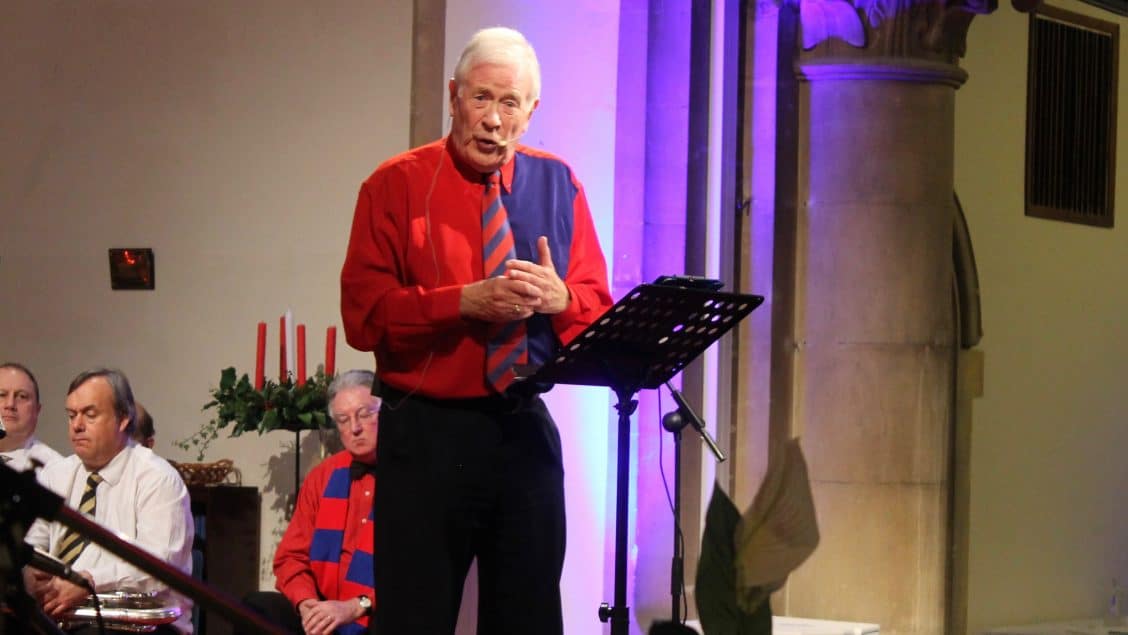 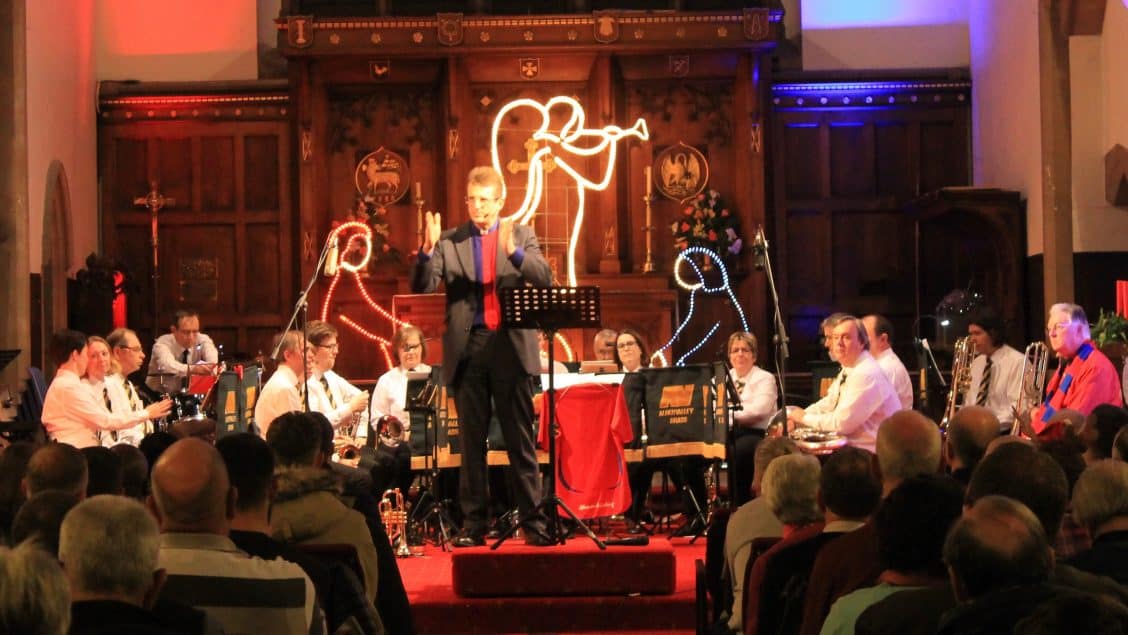 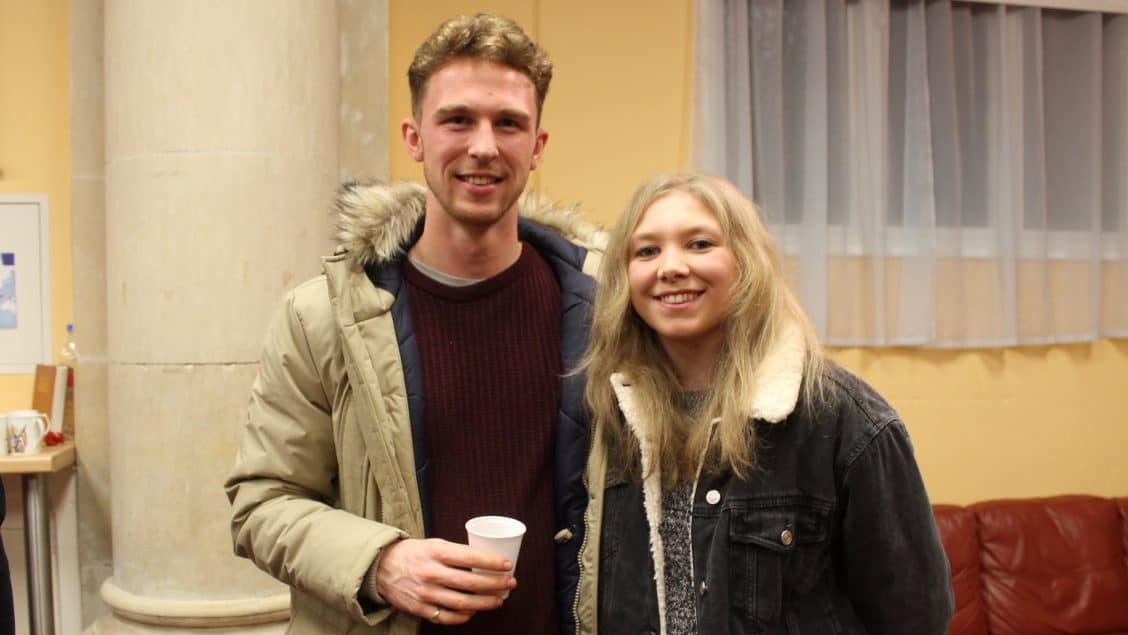