Cheye Alexander graces the cover of your award-winning matchday programme tomorrow as The Shots host Bromley.

In his BIG Interview, Cheye reflects on his unlikely status as Aldershot Town’s longest-serving player with a wisdom beyond his 22 years – and also discusses his spectacular if not exactly prolific goals tally!

Jonny Giles plays the Alphabet Game, and we also get exclusive words from Gary Waddock, Shahid Azeem and The Shots Trust, plus the latest from the Shots youth department and columns from Jack Rollin and Club Ambassador Graham Brookland.

Along with great action shots from last weekend’s victory, Rob Worrall’s Fanzone page and Victoria Rogers’ memories of some other impressive wins from 25 February, it’s all in your matchday programme tomorrow – priced just £3! 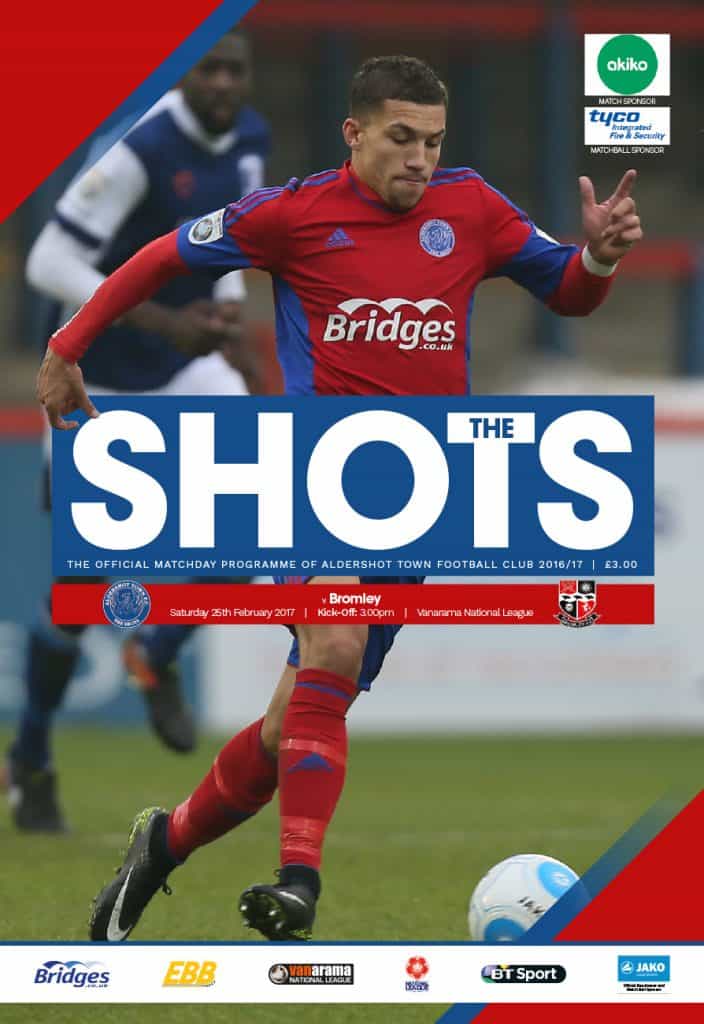