Cheye Alexander graces the cover of your award-winning matchday programme tonight, as The Shots host Bromley at the EBB Stadium.

Lewis remembers his European exploits with Aston Villa and reveals why he continues to compare himself to the best left-backs across the continent. McDonnell, meanwhile, perhaps unsurprisingly reveals the inspiration behind his career to be a tough-tackling Irish midfielder, and remembers how he literally threw himself into his first-team debut.

Victoria Rogers’ On This Day feature includes a Premier League goalkeeper visiting the EBB Stadium, and one of our best-ever goals

Along with some great match action, Rob Worrall’s FanZone, Fun with the Phoenix, the lowdown on tonight’s opposition and loads more, it’s the perfect accompaniment to another exciting 90 minutes – all for just £3! 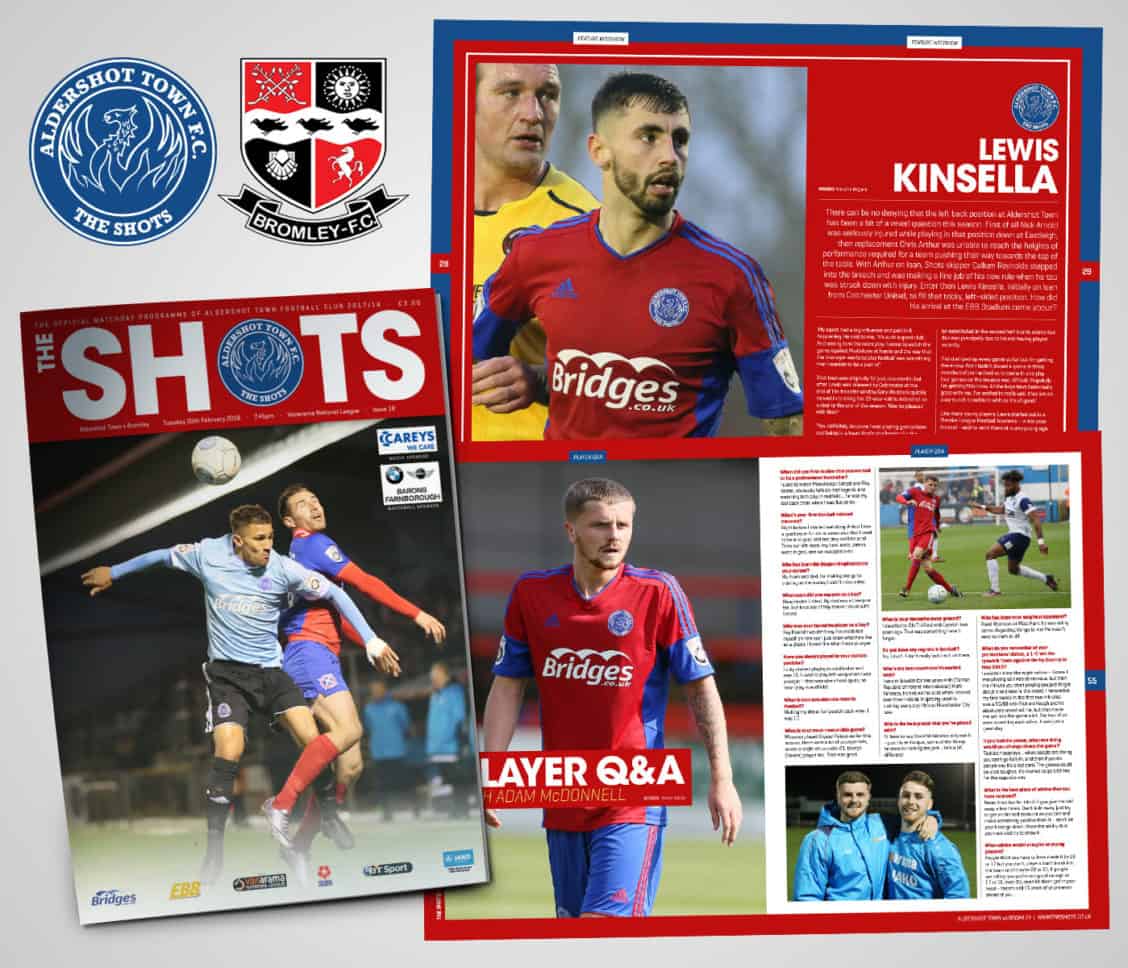 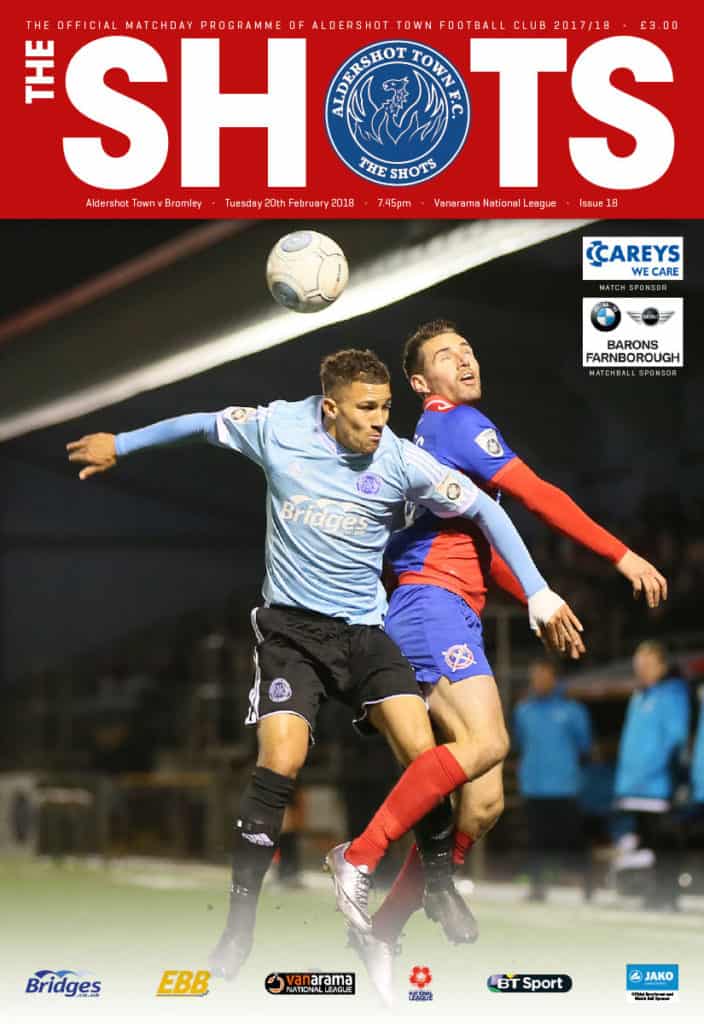