Aldershot Town is delighted that Bridges Estate Agents have extended their sponsorship of the Club to 2020 – making them the longest-serving shirt sponsor in the Club’s history!

The relationship, which began in 2013, has been increased for a further two seasons and will take the deal into a seventh year.

A family-run business established in Ash Vale in 1991, and now also boasting branches in Aldershot, Camberley, Farnborough, Farnham and Fleet, Bridges are the market leaders in North East Hampshire and West Surrey in property sales, letting and management, and provision of conveyancing services.

“To think that the Club have gone from administration to top of the table in that time fills us with pride,” explained Bridges’ Chairman, Tony Raffermati, a Shots fan for over 40 years. “A lot of our decision to continue sponsorship was driven by what we see as similar commitment from the Club Chairman, Shahid Azeem – a philanthropist if I ever met one! His commitment to local charities, including sleeping out for Step by Step every year, along with the Shots Foundation and other charitable events he embraces, makes him a great role model for us.

“We feel privileged to be associated with such a fantastic Club and there is no doubt we have a similar outlook and winning mentality as each other! After all, we are here to serve our community – not the community to serve us!”

Bridges have also continued their support of the Phyllis Tuckwell Hospice, one of Aldershot Town’s own official charities, raising over £25,000 in the last year by organising a series of events including a charity match at the EBB Stadium featuring former England goalkeeper David James.

Bridges’ renowned, innovative marketing techniques – including their colourful billboard advertising and free GU newspaper – have helped The Shots reach a new audience throughout the area.

“This is a major milestone for both of us, and I am thrilled that our great partnership will continue” said Aldershot Town Chairman, Shahid Azeem. “We only want to work with businesses and organisations who contribute to our community and Bridges are a huge brand in this area. We hope that our relationship is as beneficial to them as it is for us.

“They are a pleasure to work with, and share our commitment both to the Club and the town of Aldershot. Our relationship continues to grow and I thank them for their support.” 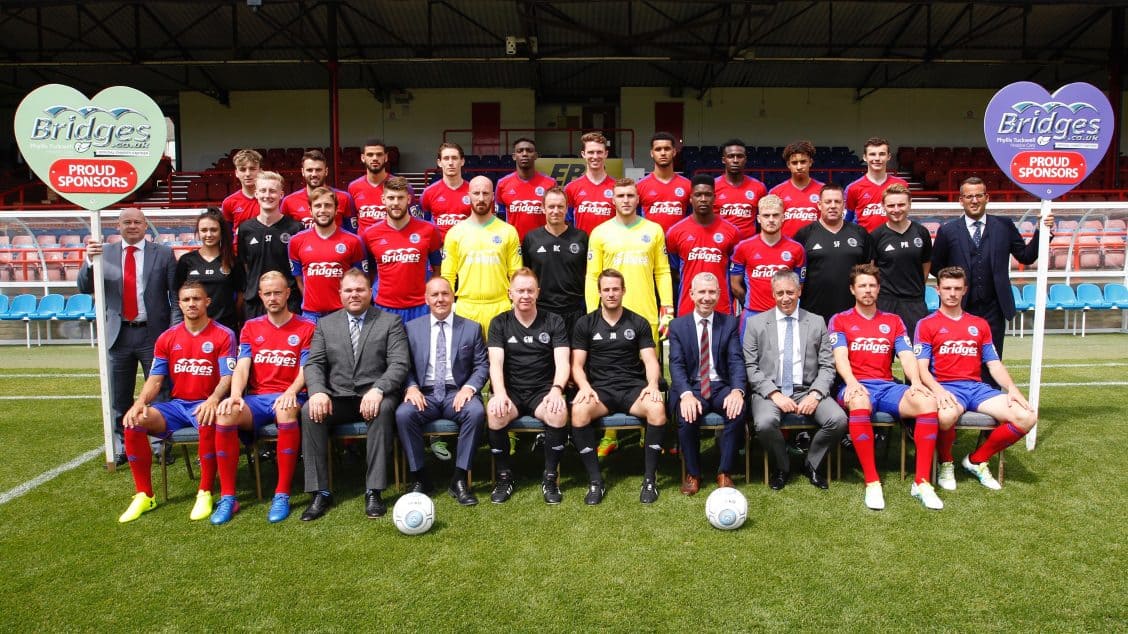