The Shots fell to a 2-0 defeat at Cressing Road this afternoon as Braintree Town earned their first win of the season – and it was former loanee Jake Goodman who returned to haunt his old side.

Goodman’s downward header, from an eighth minute corner, gave The Iron an early lead but Aldershot Town will again feel that they created enough chances to have been at least level by the break. Matt McClure’s shot fizzed just past the post and Scott Rendell guided a header which was also just a few inches wide, and optimism remained in the visitors’ dressing room during half-time.

Possession was retained for long periods after the break but the massed ranks of the home defence stood strong to frustrate and repel The Shots. McClure’s shot was blocked by the legs of goalkeeper Butler on 50 minutes and although the game resembled attack-versus-defence for several minutes, Aldershot Town failed to find a way through.

The sucker-punch which sealed the victory for Braintree came on 77 minutes as Michael Cheek broke down the right and crossed for the onrushing Sim Akinola to lift a shot across Mark Smith int the far corner. 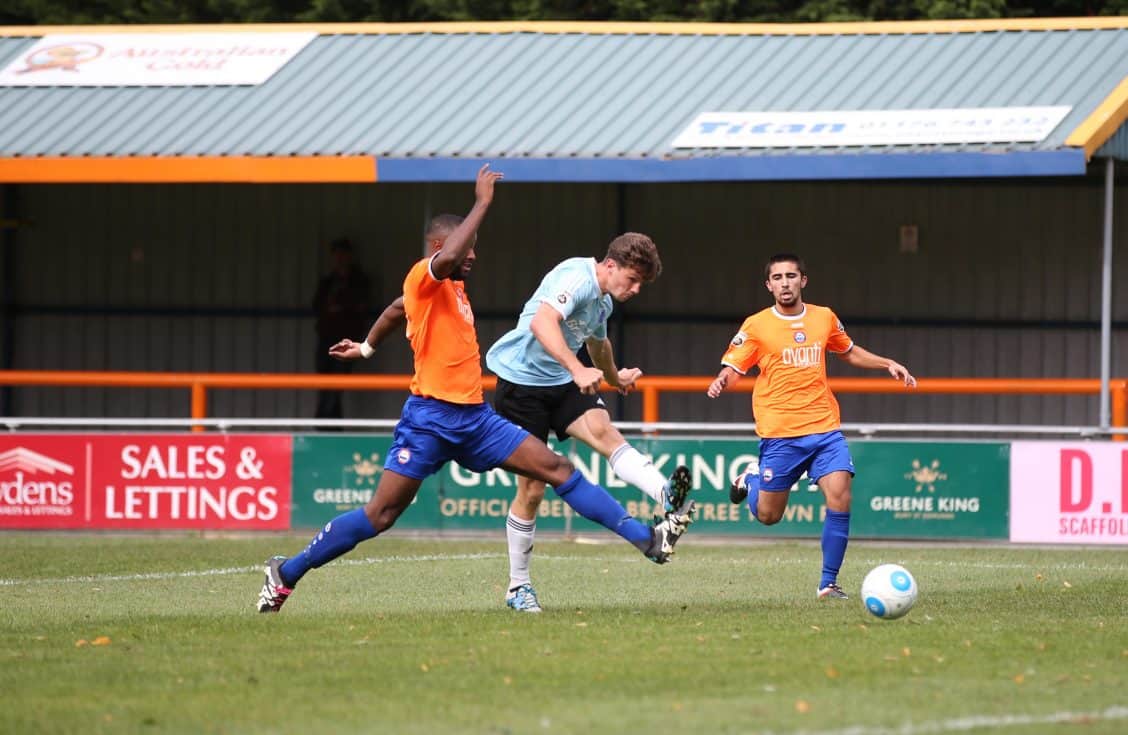 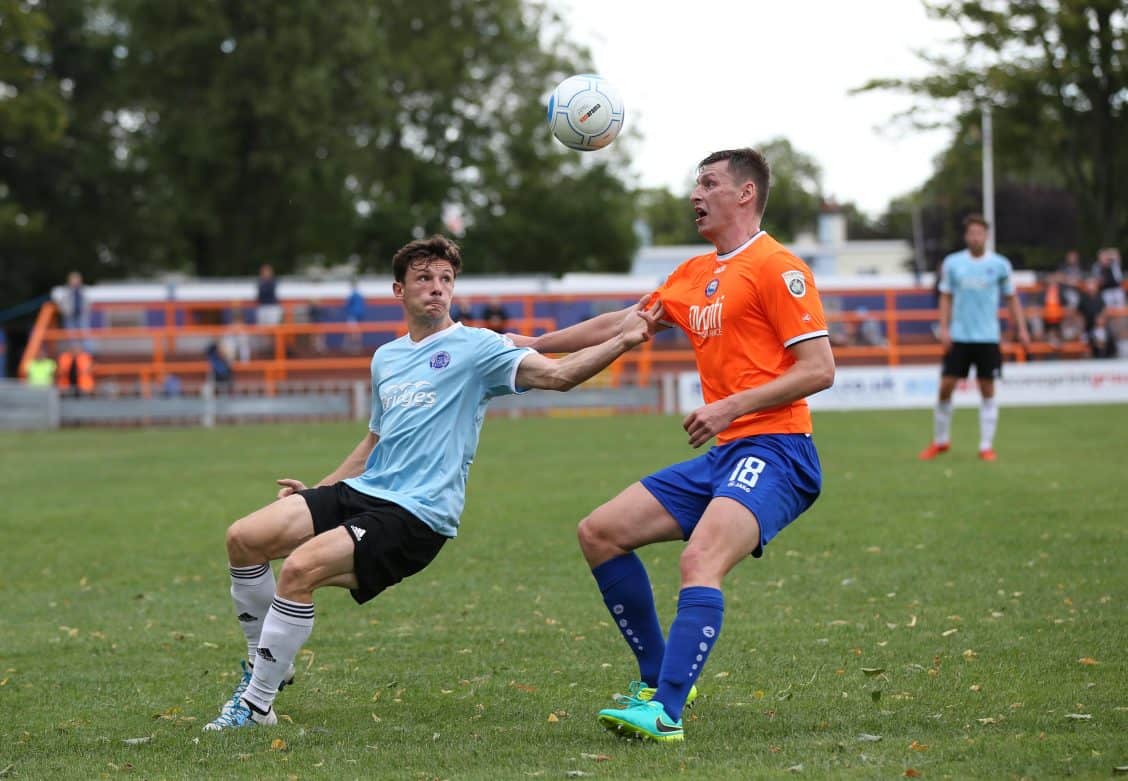 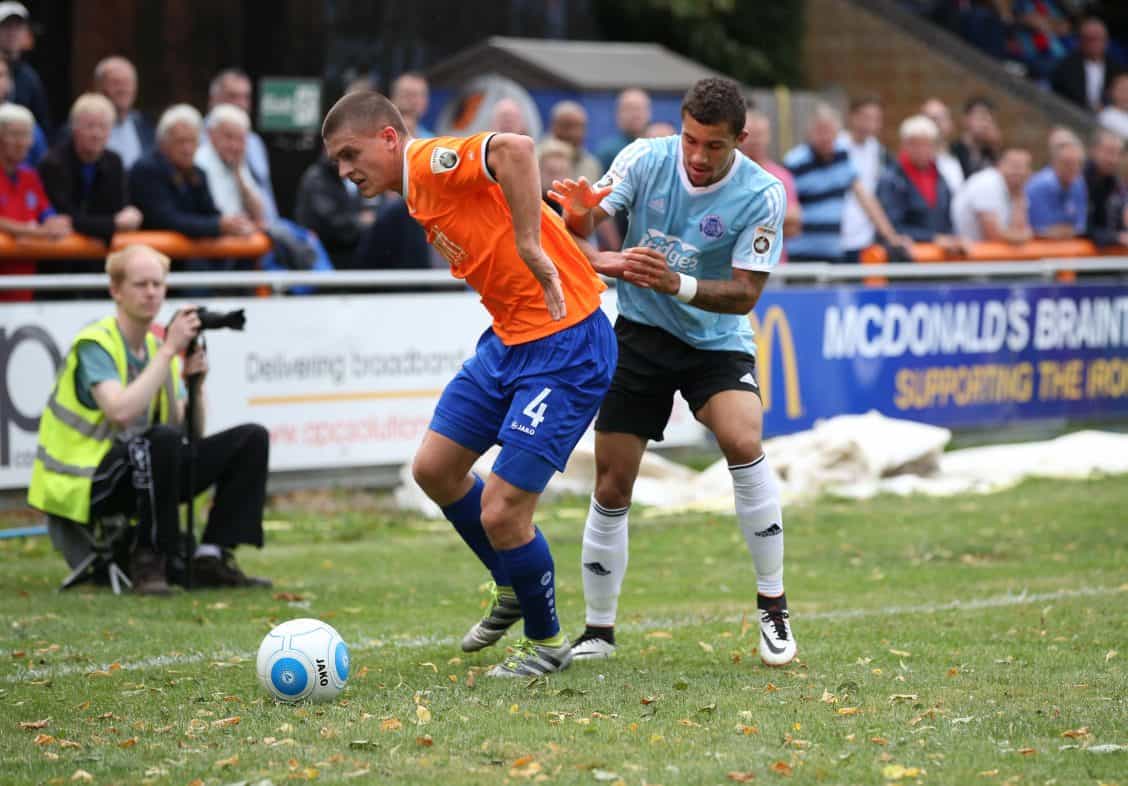 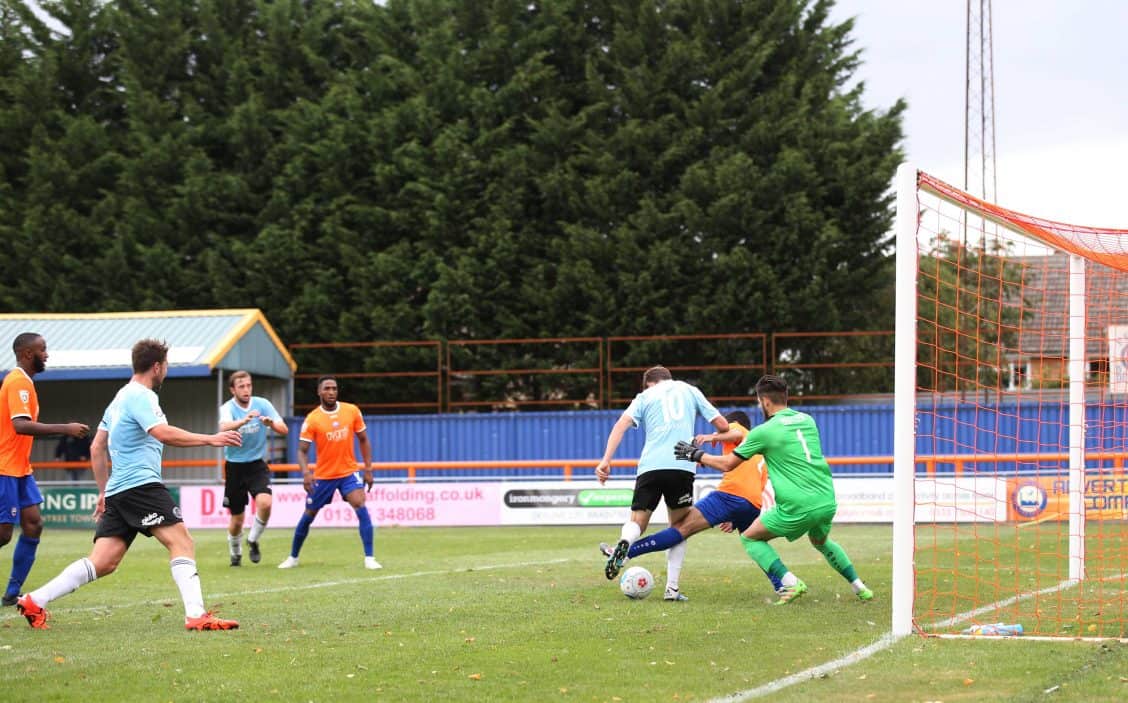 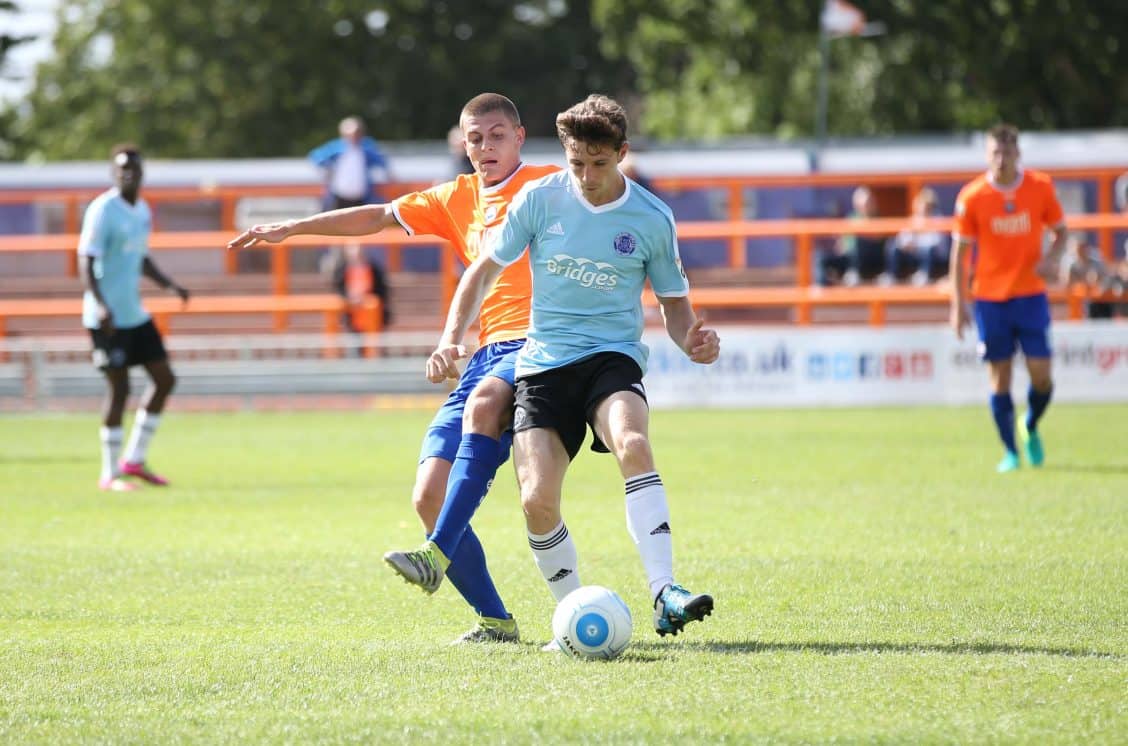 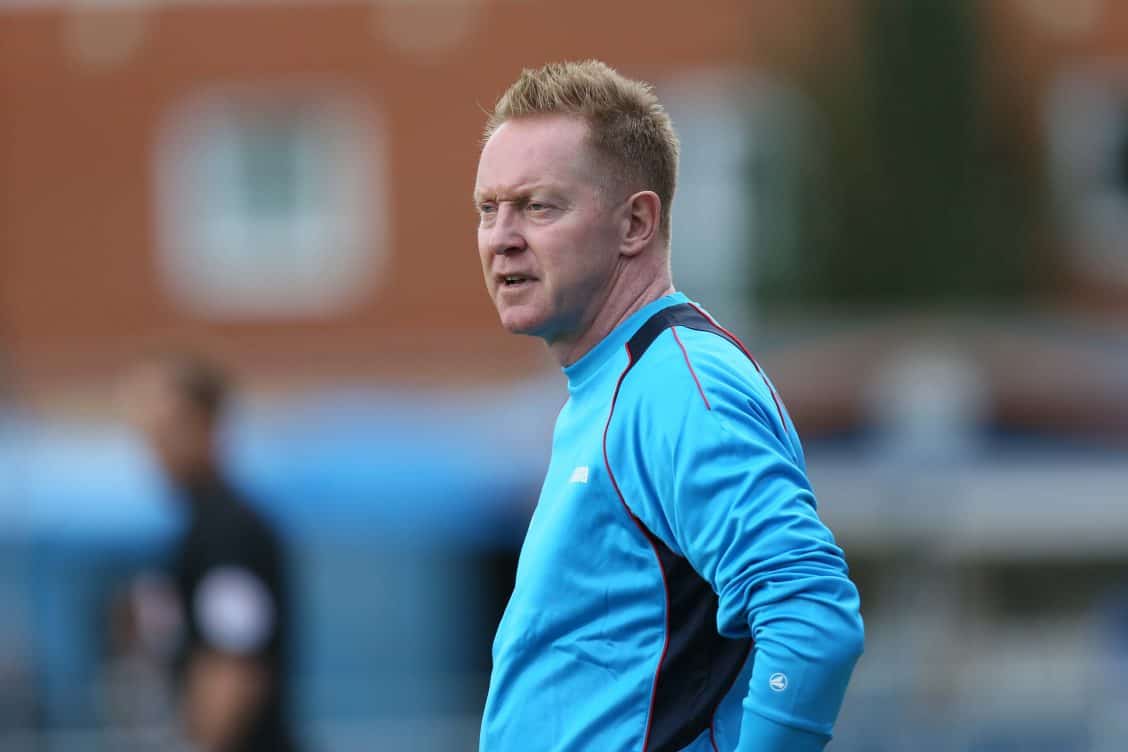 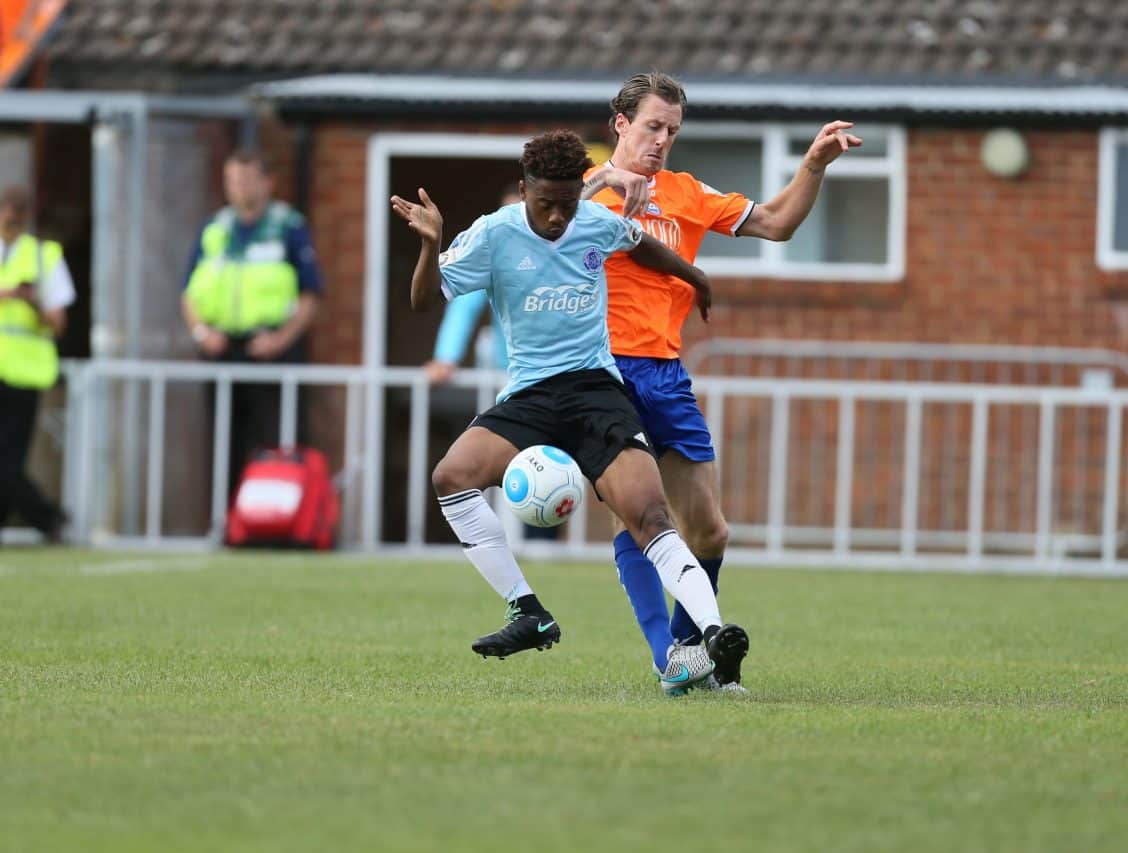 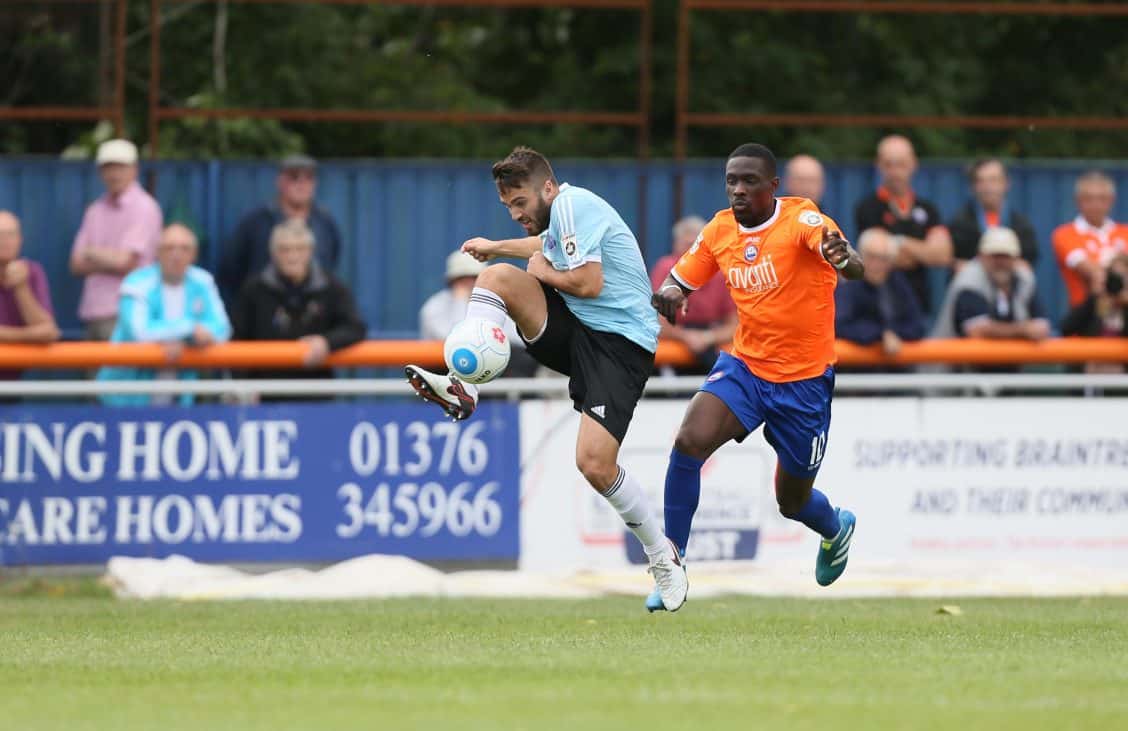 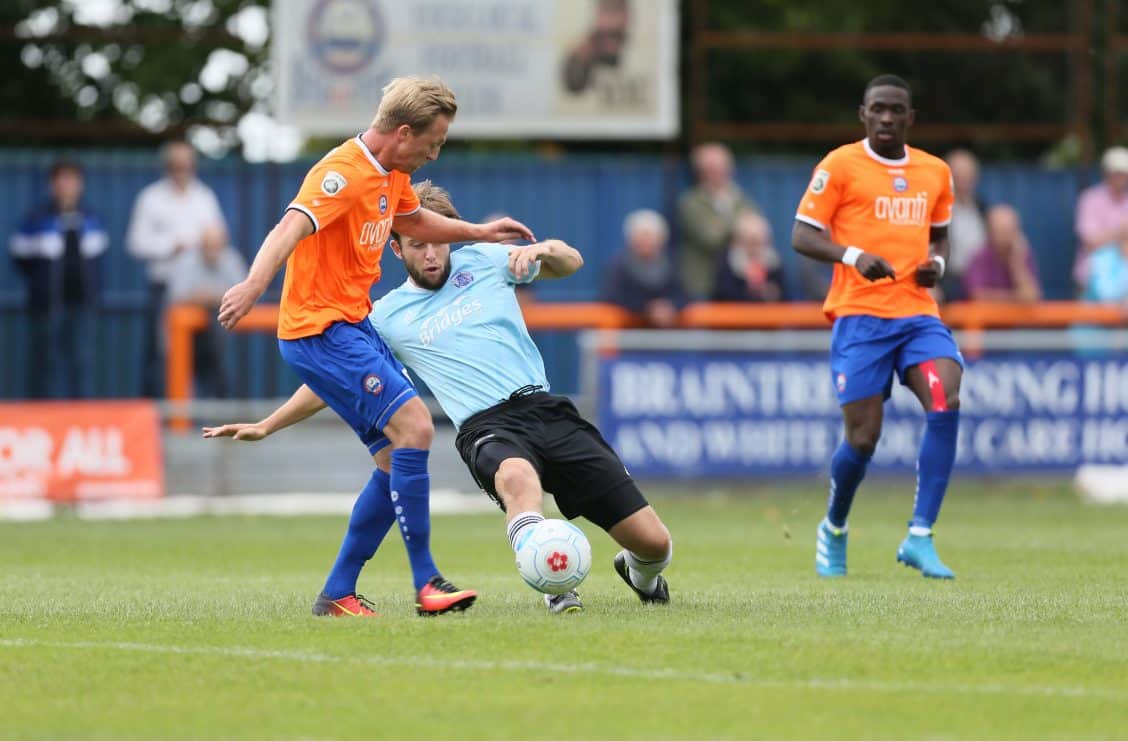