Brian Bloomfield has informed Aldershot Town FC of his decision to stand down as a Director of the Club following his relocation, with his wife Carol, to Barcelona.

Brian has been on the Board for three years and has made an enormous contribution in helping to stabilise the Club since 2013. Brian’s history with the Club goes way back: always an ardent fan, Brian was also instrumental in the formation of the Supporters Trust.

“Being a Shots fan is never easy, and being a Director is even harder,” admitted Brian, “but I have to say I was extremely proud to represent the Club on the Board. I am very confident that I leave the Club in good hands, and it will kick on to reach new heights.

“I will continue to support the Club home and away whenever possible, and will be following progress on social media from Spain. I can honestly say ‘Once a Shot always a Shot’.” He added with a smile: “I will certainly return for our Play-Off games.”

On behalf of all at Aldershot Town FC, and all supporters, we give a heartfelt thanks to Brian for his passion and the tremendous contribution he has made to our Club as both Director and fan. We thank him for his continued support and wish both Brian and Carol the very best with their new life in Spain. We look forward to seeing him at the EBB Stadium in the near future. 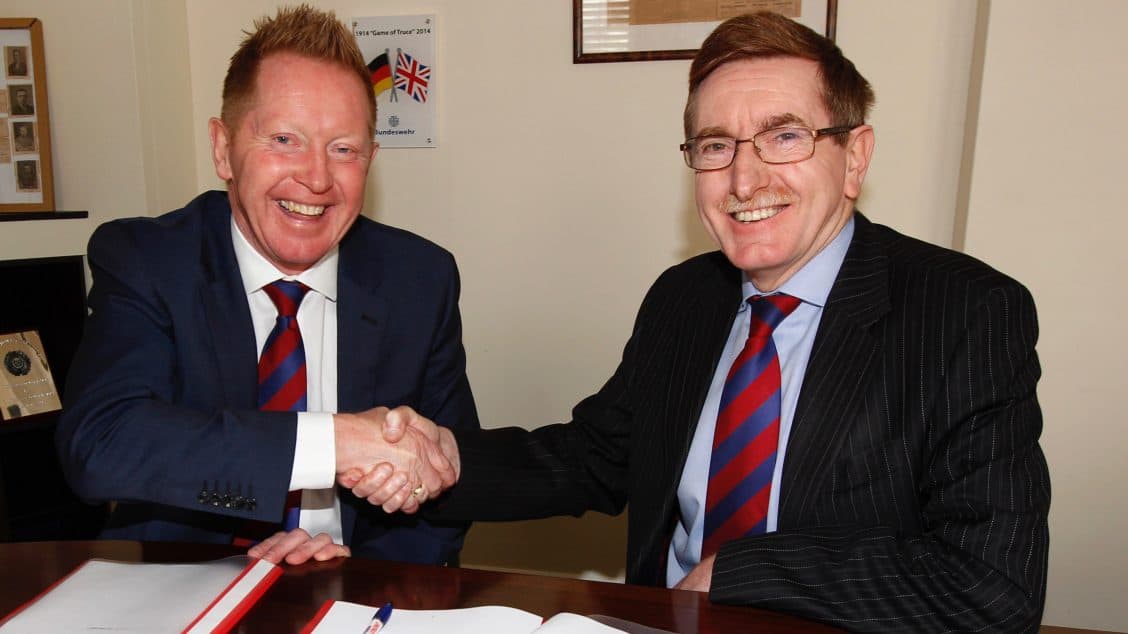