Aldershot Town fell to disappointing defeat in the Lake District as struggling Barrow earned a first win in 11 games.

Gary Waddock made three changes to his line-up, including bringing goalkeeper Mark Smith in for his first start of the season as Fabien Robert and Shamir Fenelon missed out with injury, but The Shots had begun well.

Scott Rendell fired a strong shot wide in just the second minute, following good work from Manny Oyeleke and Cheye Alexander, but that was one of very few opportunities for the visitors.

Barrow were ahead just three minutes later. Clements was clever in midfield and, after a through ball from Byron Harrison, Adi Yussuf threaded the ball through Smith’s legs into the back of the net.

Mensah’s first-time shot from 25 yards flashed wide of goal, but soon Smith had to be quick off his line to deny Yussuf as Gomis and Harrison combined in midfield.

He did, though, snatch a second on 39 minutes, as he held off his marker to meet Moore’s long clearance with a tightly-angled shot into the far corner. Another effort flew wide before the break and The Shots seemingly had a lifeline just two minutes after the restart.

Will Evans won a free-kick and when it was played out to McDonnell on the left, his teasing delivery – reminiscent of Jim Kellermann’s seven days previously – saw Rendell trying to get on the end of a cross which deceived the goalkeeper and dropped in at the far-post.

The Shots’ joy, however, was short-lived when Barrow counter-attacked from a Shots corner which enabled Yussuff to chase up the pitch, Alexander in pursuit. Smith left his penalty area to intervene but Yussuff out-ran both and his shot from 25 yards found the bottom left corner.

A scant selection of half-chances were all The Shots could muster in response, in vain attempts to lessen the disappointment of a 600-mile round trip, but the prospect of facing League One leaders Shrewsbury Town in next weekend’s FA Cup first round tie means that Aldershot Town cannot dwell too long on a hugely frustrating day. 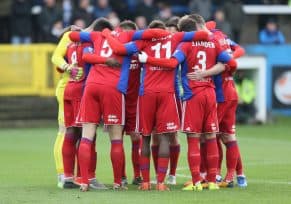 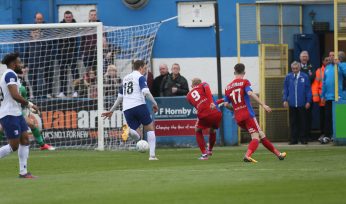 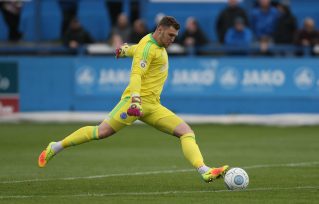 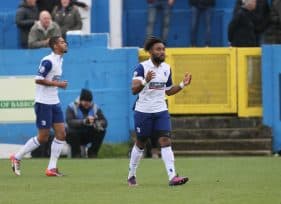 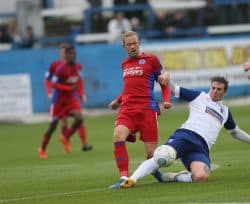 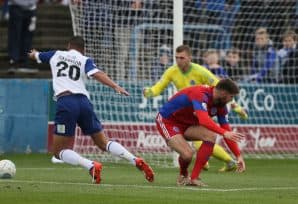 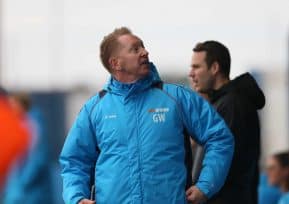 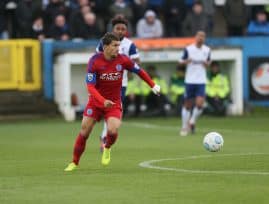 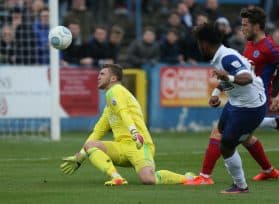 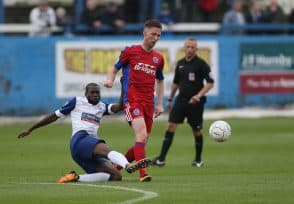 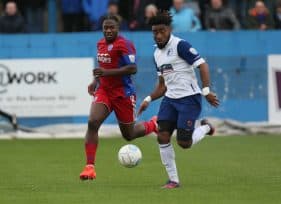