Craig Whitehead reports from The Hive…

Second half goals from Ephron Mason-Clark and Shaquille Coulthirst saw the Shots lose 2-0 to Barnet on a cold Tuesday night in North West London.

Buoyed by Saturday’s 2-0 win over Boreham Wood, Shots boss Gary Waddock made just one change from Saturday with Adam McDonnell returning from suspension in place of Jake Gallagher.

The first chance of the game came in the 8th minute after some great build up work in the midfield by Bernard Mensah. He laid a ball off to Jacob Berkeley-Agyepong but his shot ended up wide of Cousins goal.

The opening 20 minutes of the game was a tight affair with a splattering of chances for the visitors. One saw some great build up play down the wing by John Goddard and ended with him squaring the ball to George Elokobi, he played the ball back to Regan Booty but he unleashed a shot that sailed wide of the Barnet goal.

Shots came closest to taking the lead in the 30th minute when the ball was squared to Berkeley-Agyepong outside the box but under pressure from ex-Shots captain Callum Reynolds his shot ended up sailing over the bar.

The frustration of the home crowd increased as the Shots carved out more possession. In the 39th minute Dominic Bernard played a great ball through for Berkeley-Agyepong who then squared back to Goddard who unleashed a shot that Mark Cousins did well to tip round the post.

But the Shots positive first half performance seemed a distant memory just 58 seconds after the restart. Elliott Johnson crossed for Mason-Clark, whose header bounced off the bar, off the post and in the back of the net past Will Mannion.

The Shots had thought they had drawn level in the 53rd minute when Booty whipped in a free kick that Elokobi flicked on for Scott Rendell to poke in at the far post, but he looked across to see the linesman’s flag incorrectly up.

Luke Howell volleyed over the bar in the 57th minute as the Shots chased an equaliser. Forwards Reece Grant and Matt McClure were both introduced on the hour mark but the Shots didn’t carve out another clear chance until the 80th minute.

Bees defender Dan Sweeney was booked for thwarting Grant and from the resulting free kick was played by Howell to Booty on the left. He crossed deep for Rendell who squared a header back across goal to Mensah who’s header sailed over the Barnet bar.

And with the Shots chasing the game the hosts doubled their lead with 5 minutes to go. Booty’s pass to McClure on the edge of the area was intercepted and from that Mason-Clark burst forward crossing to Coulthirst. His initial effort was well blocked by Rollin Menayese but he swerved in the rebound past Mannion and made the Shots survival task increasingly more difficult.

Next up for the Shots are AFC Flyde live on BT Sport at the EBB Stadium on Saturday. Please note that the kick off time has been brought forward to 12:35PM. 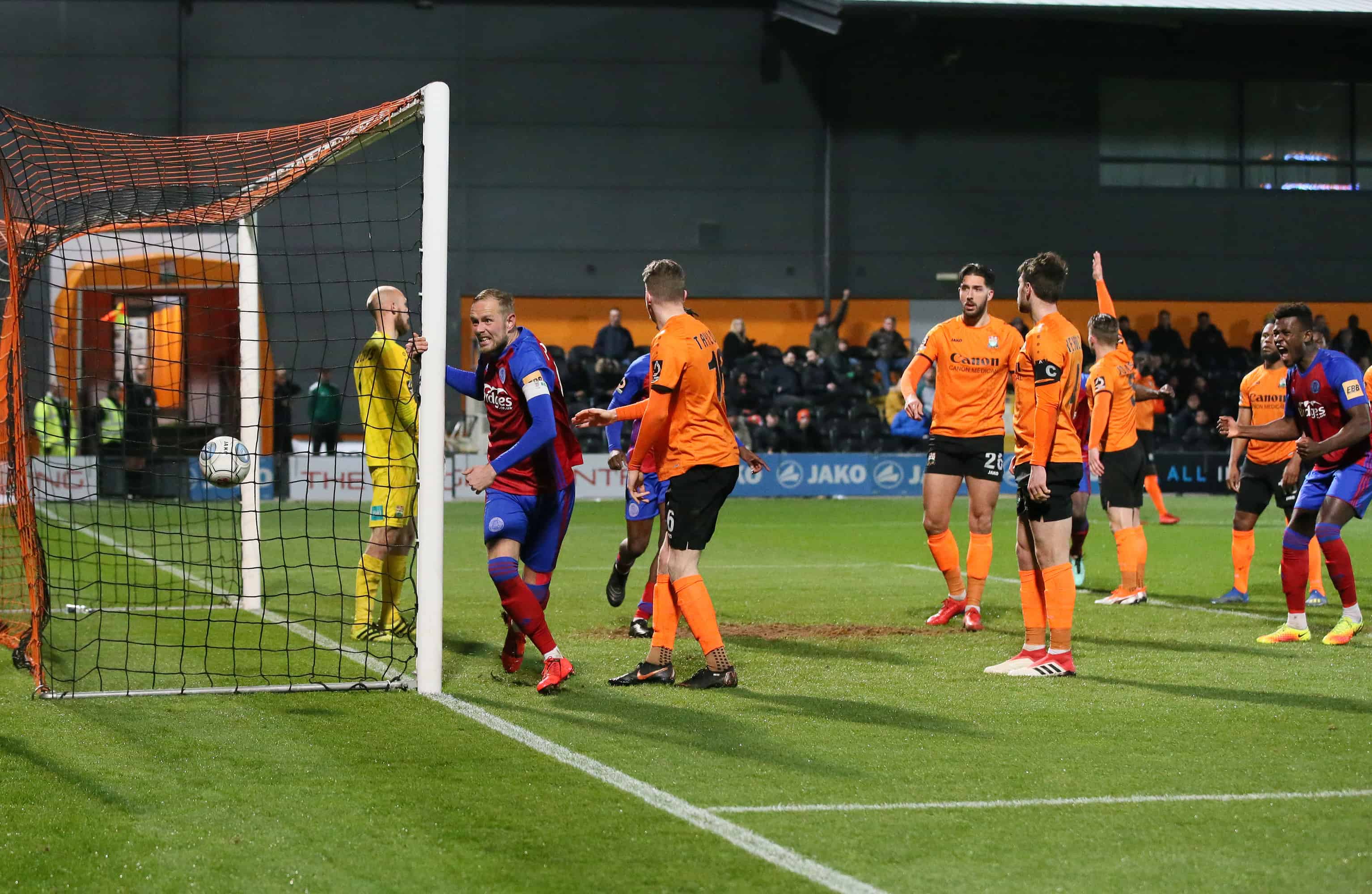 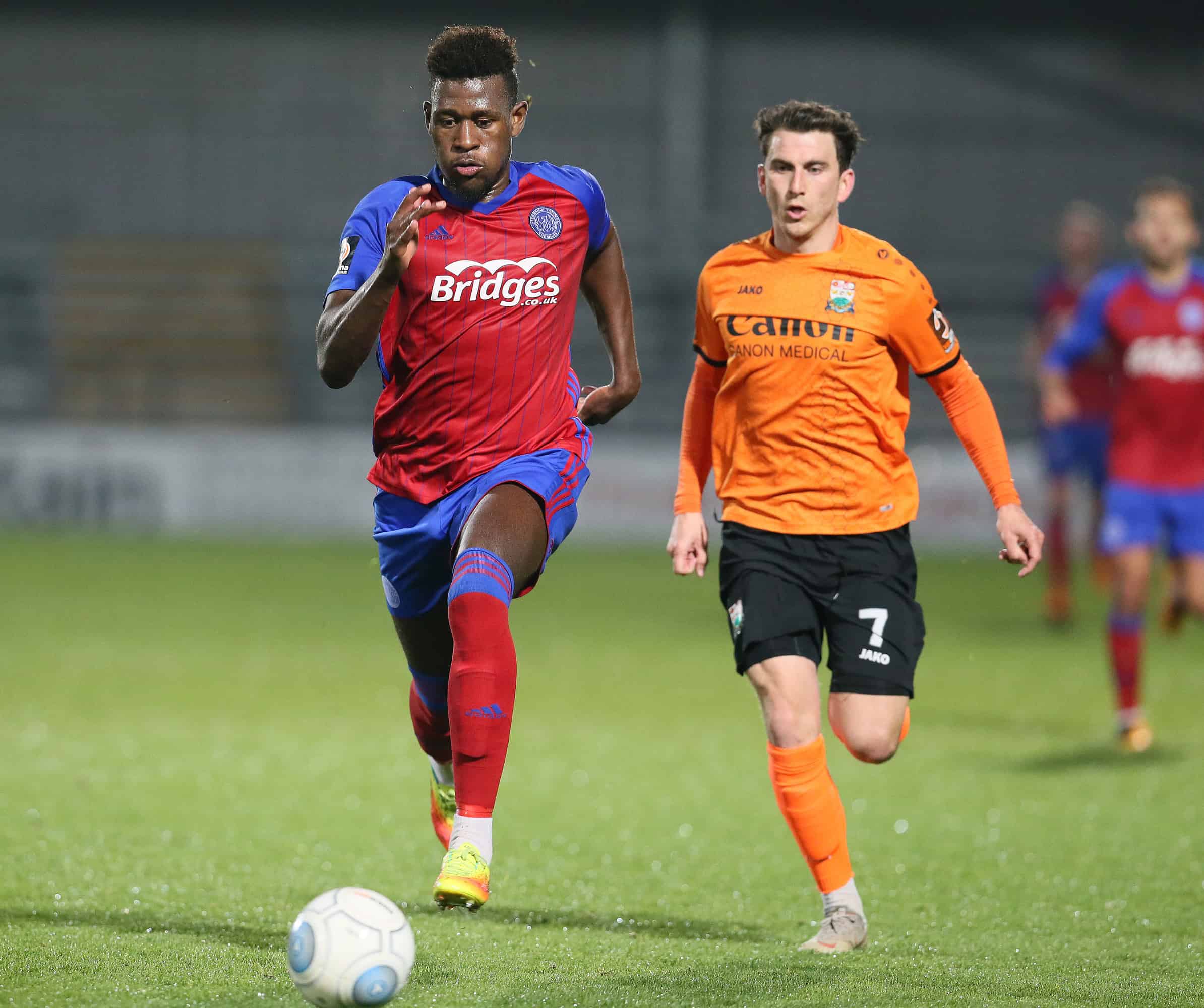 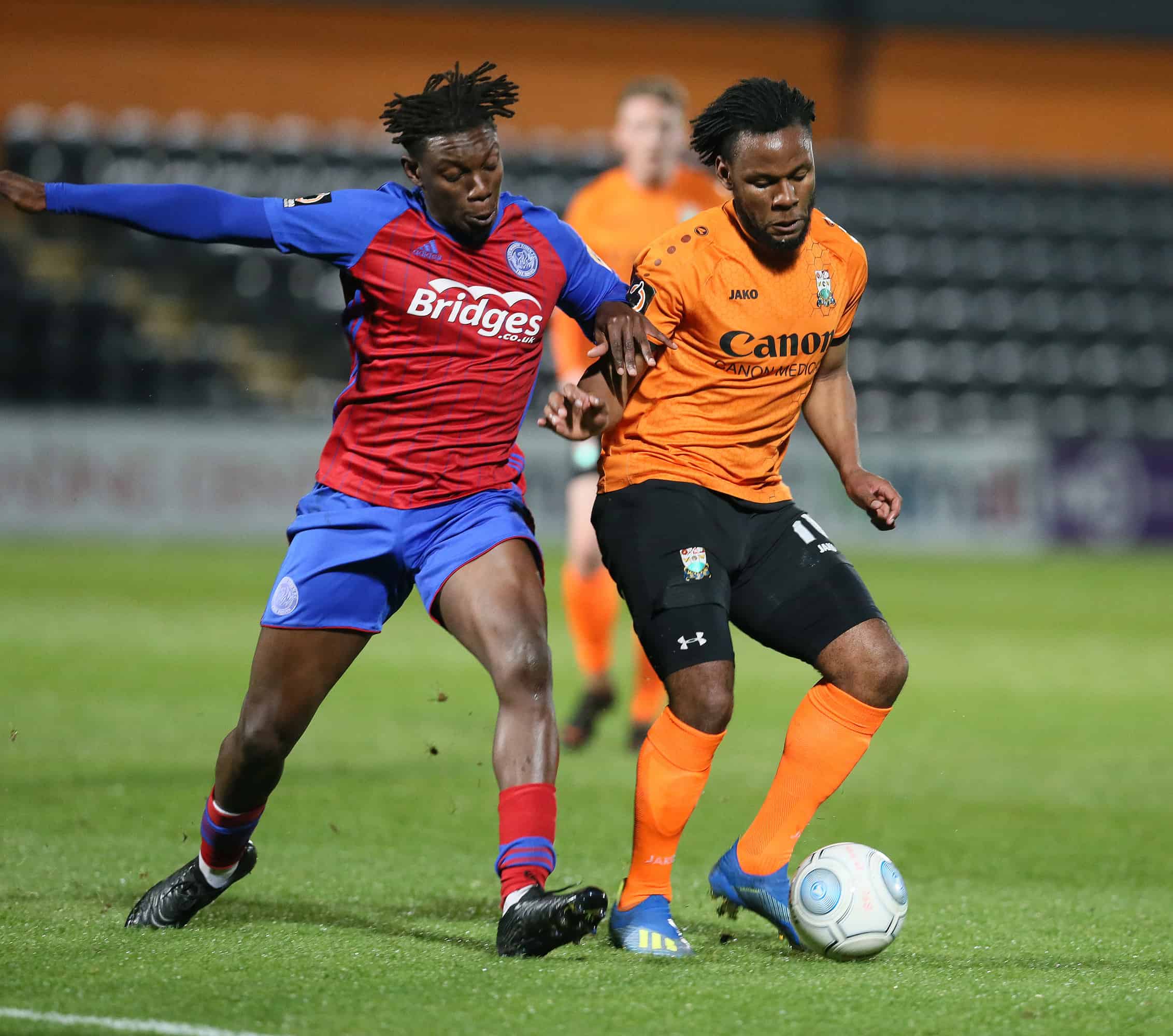 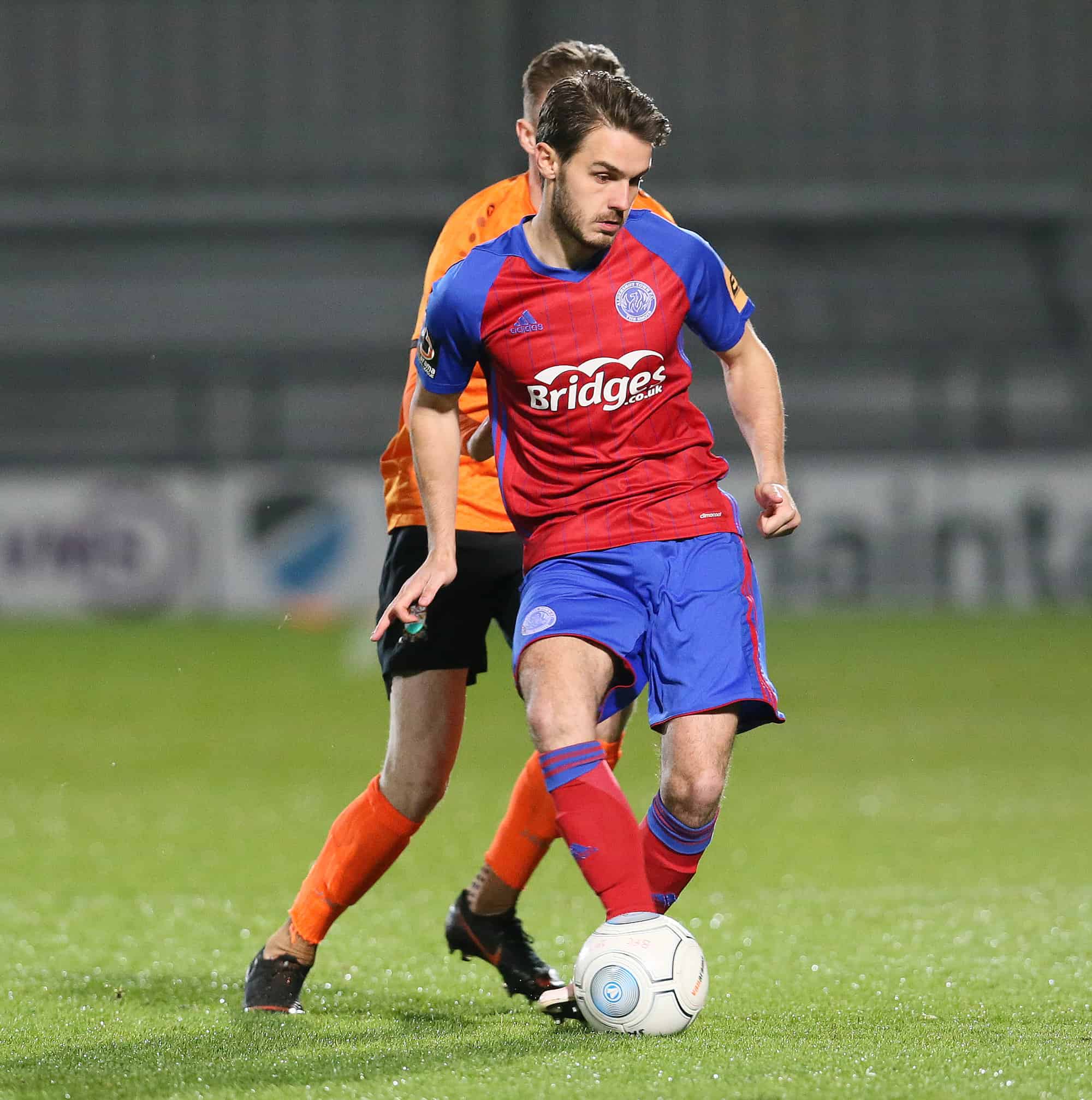 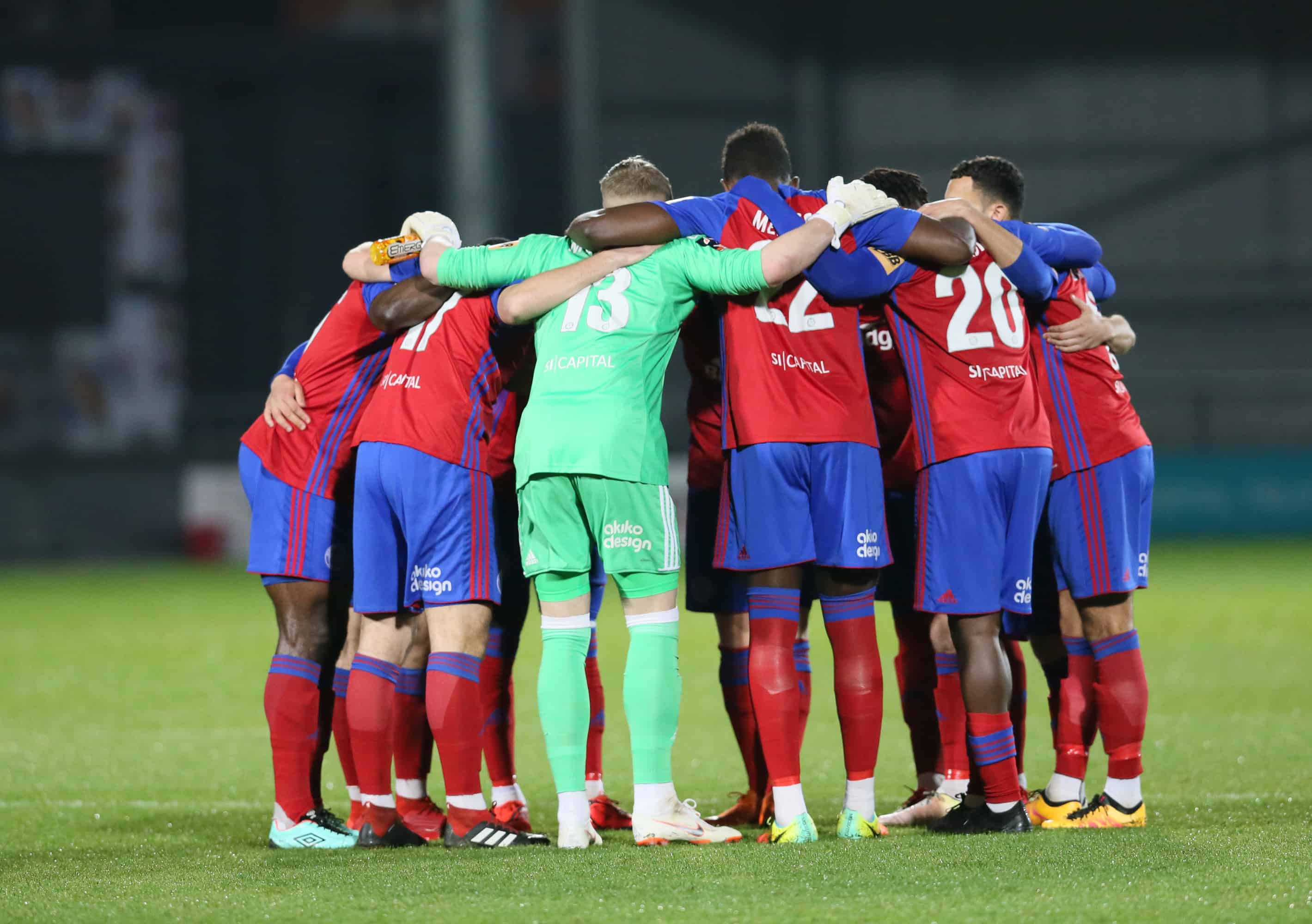 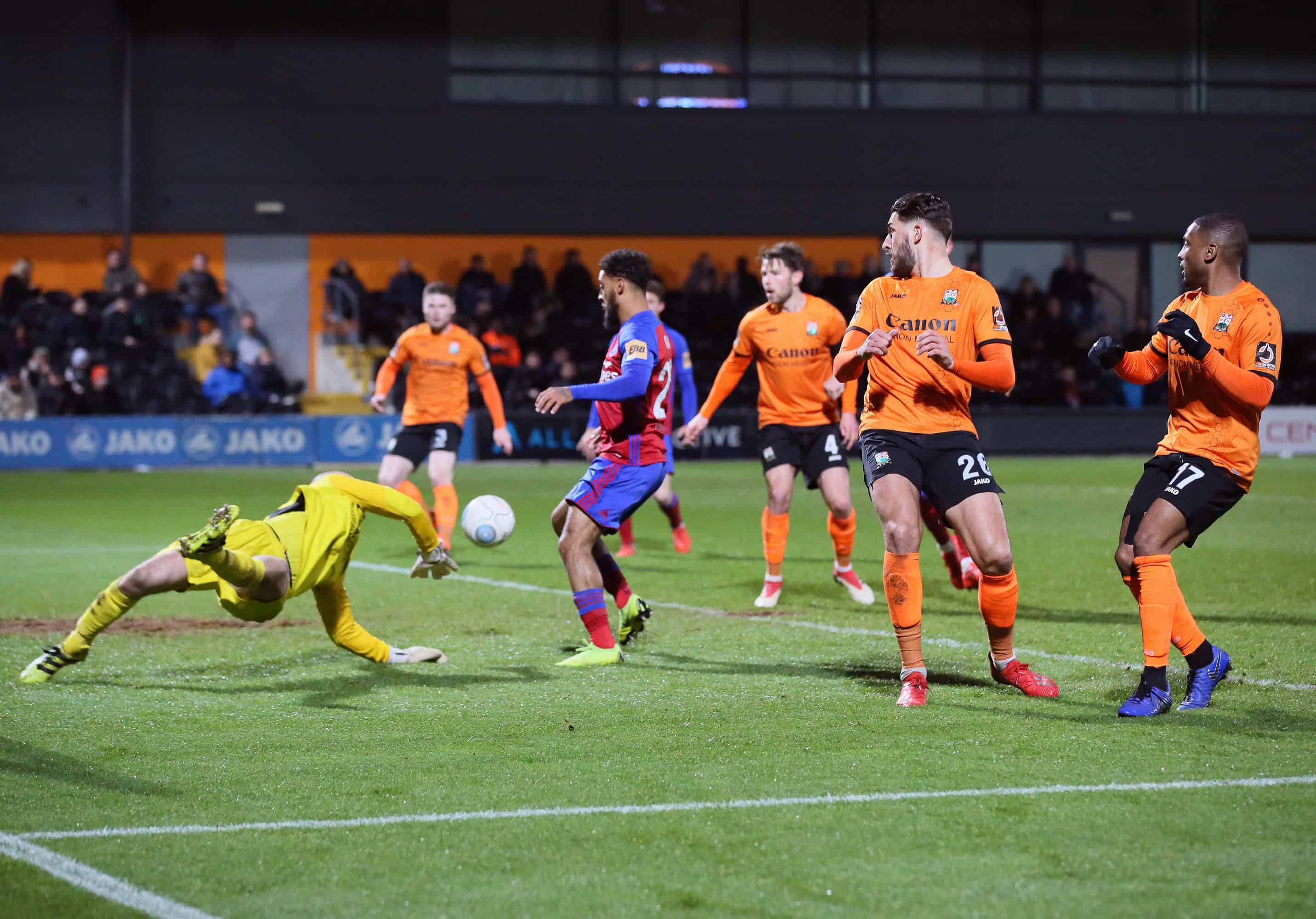 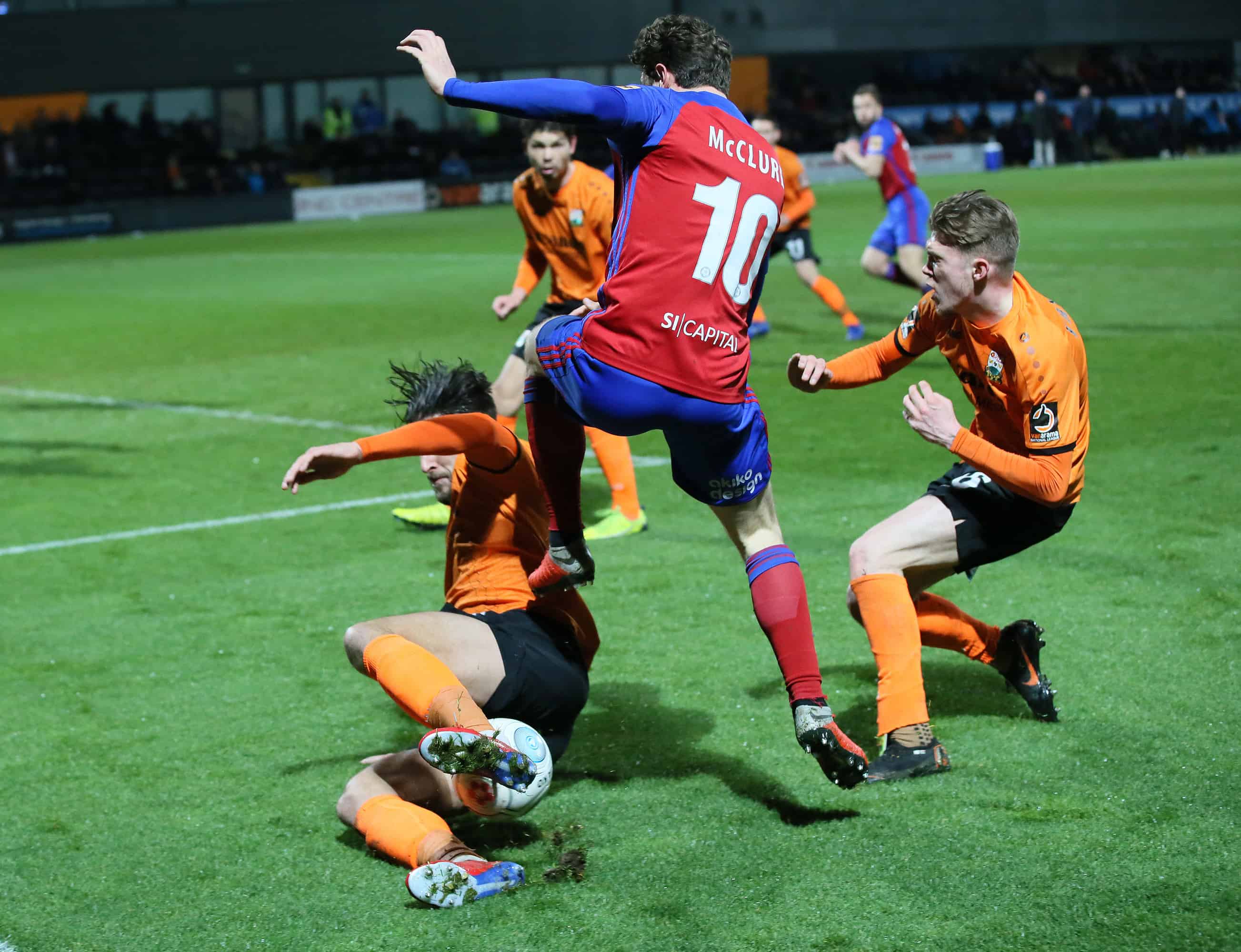 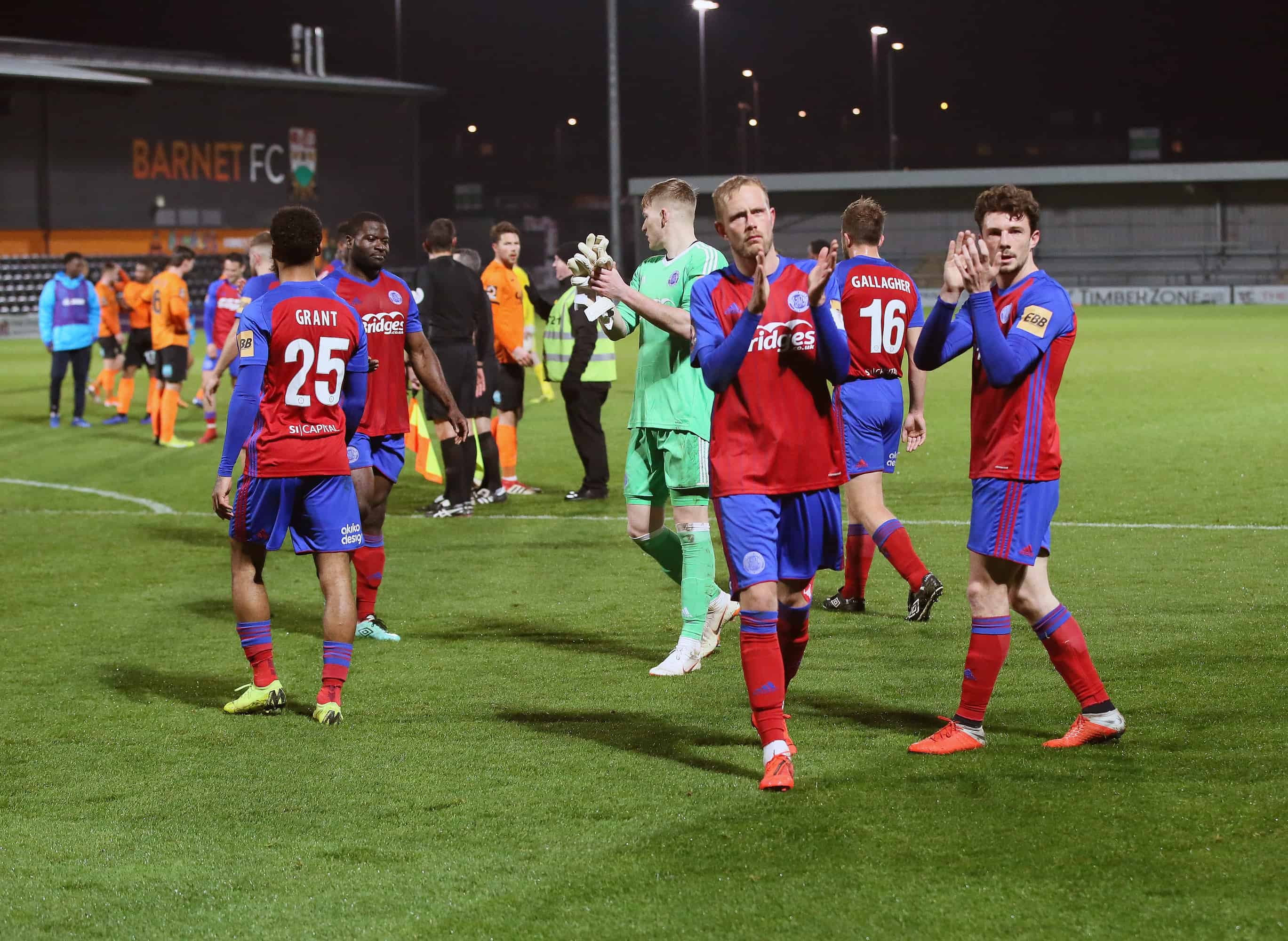 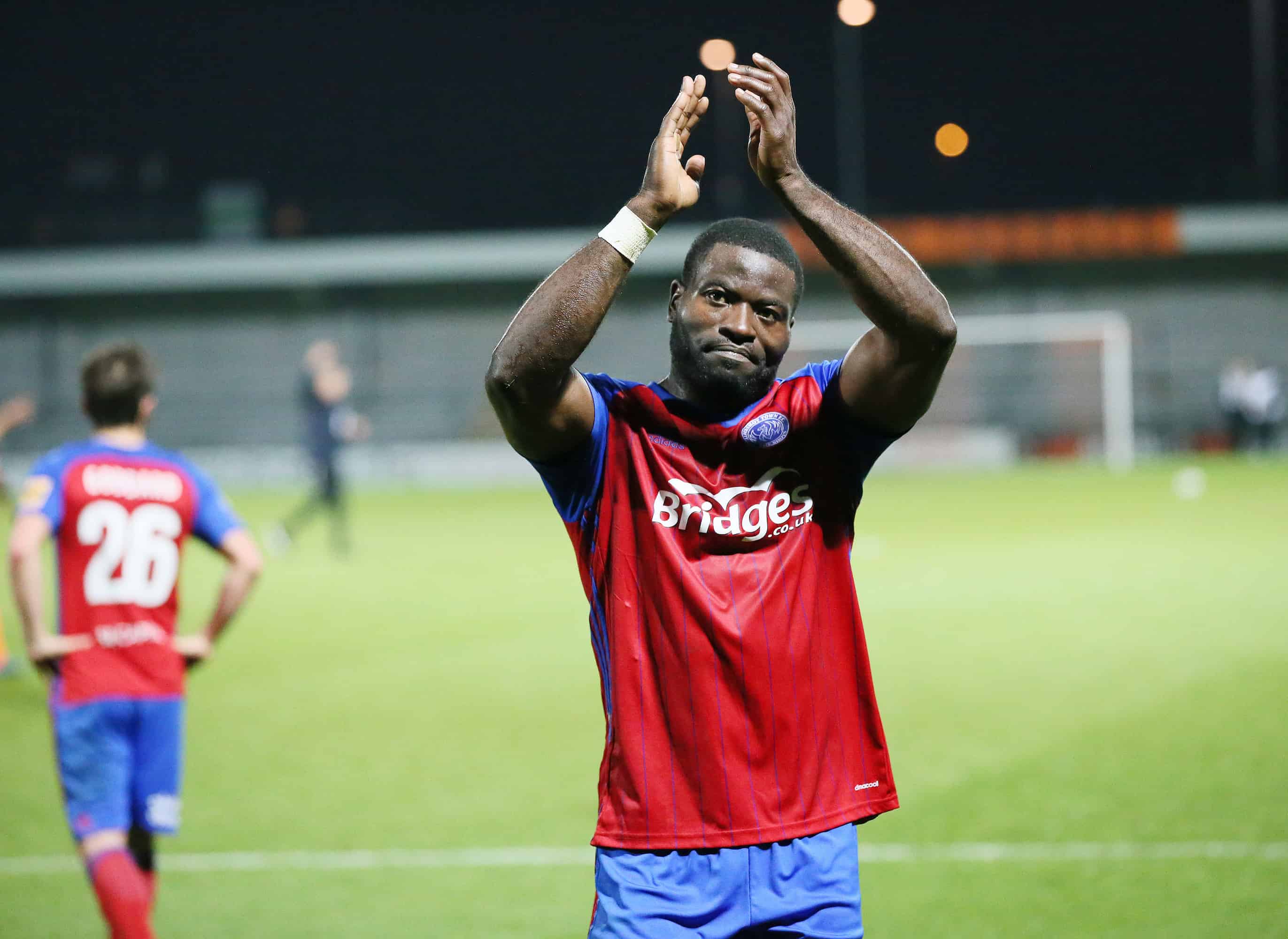 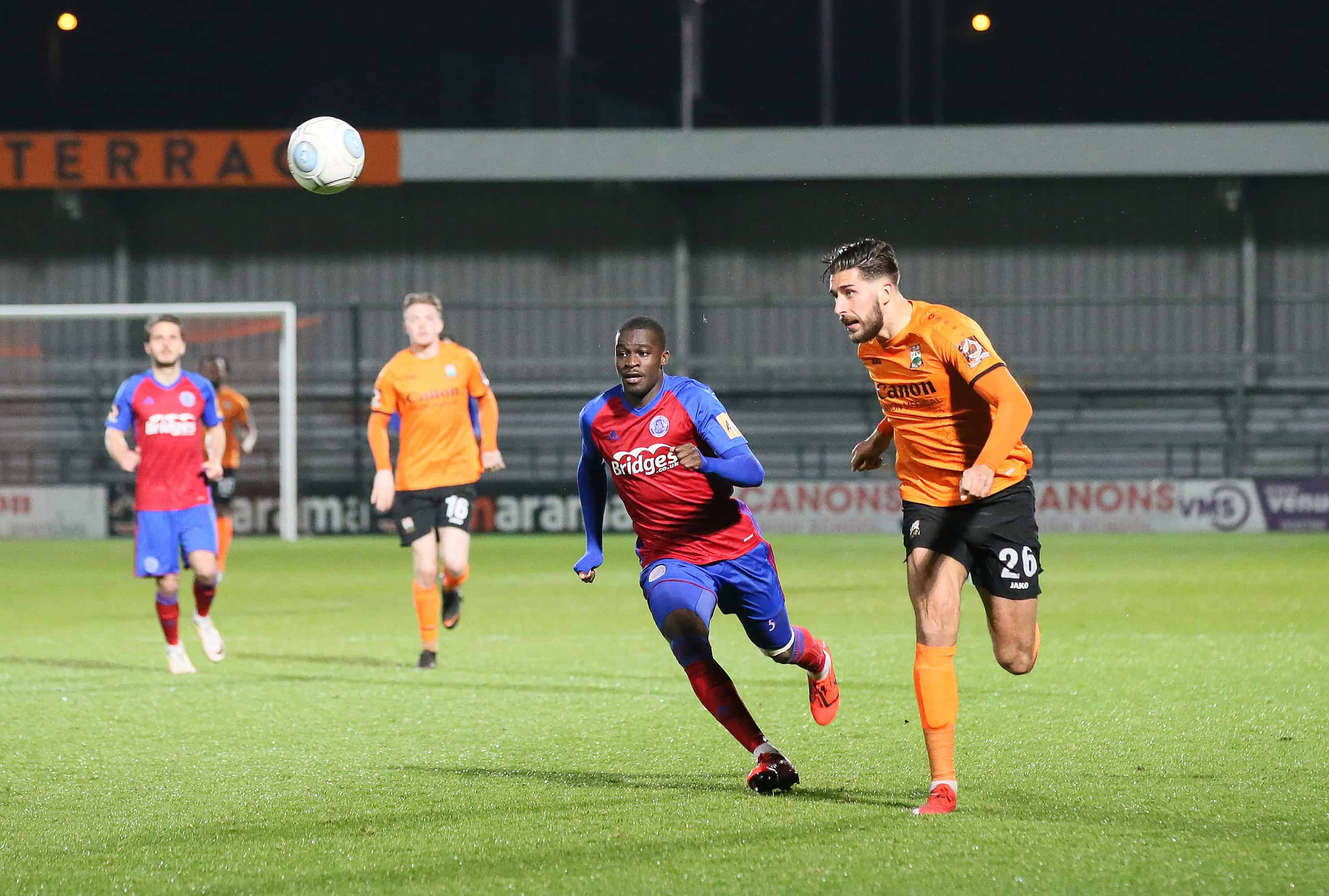