The Shots’ unbeaten run ended at five matches with a disappointing defeat against FC Halifax Town.

Scott McManus’s opportunist first-half tap-in, as he pounced on a mis-kick from Lewis Ward, sealed a first victory in 12 games for The Shaymen.

Having lost Matt McClure to a calf injury in the warm-up, to be replaced by Shamir Fenelon, Gary Waddock ended up making three changes from the draw at Torquay, with Adam McDonnell and Bobby-Joe Taylor returning to the starting line-up.

Even after Taylor’s early 22-yard shot, curled wide of the far-post, FC Halifax enjoyed the better of the first-half. On 10 minutes, Danny Clarke was put through on goal but Ward made a strong save to parry his rising shot, and seconds later The Shaymen were nearly in again, only for a foul to deny them a shooting opportunity.

Hibbs’ header, and then Connor Oliver’s disguised free-kick, were more comfortable stops for Ward, but – after Fenelon’s cross-shot was saved by Johnson – the visitors tok a 39th-minute lead. Oliver’s angled pass into the left channel seemed to allow Ward a routine clearance until his mis-kick allowed McManus to walk the ball into the net.

Under pressure, Evans and Kellermann guided headers wide before the break and then, on 55 minutes, Kellermann’s driving run into the box forced Johnson to block the angled, close-range shot with his chest. Eight minutes later his shot appeared to take a heavy deflection on its way wide of goal – only for referee Mr Bramall to award a goal-kick – and Garner’s shoulder-charge on Mensah inside the penalty area also saw the officials unmoved.

Waddock made several tactical switches in the closing stages but that – aside from James Rowe’s shot, which was well blocked – was the end of The Shots’ hopes, as they fell to a first defeat in six matches. 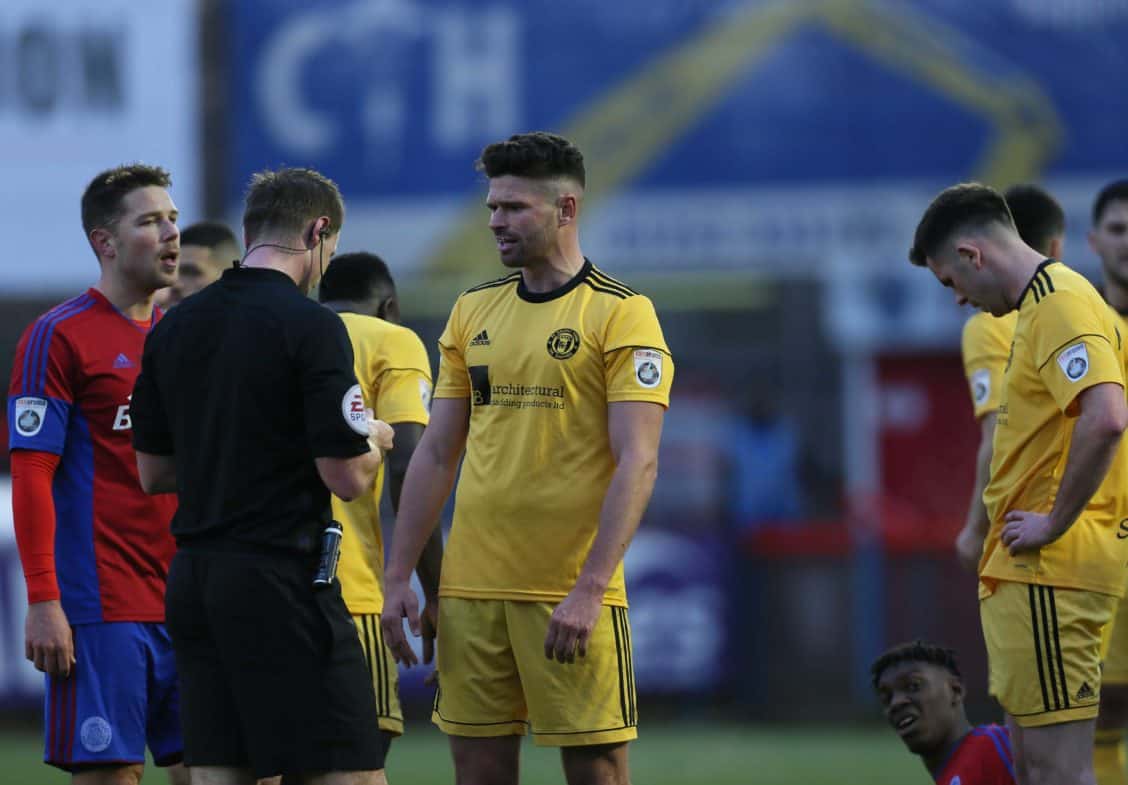 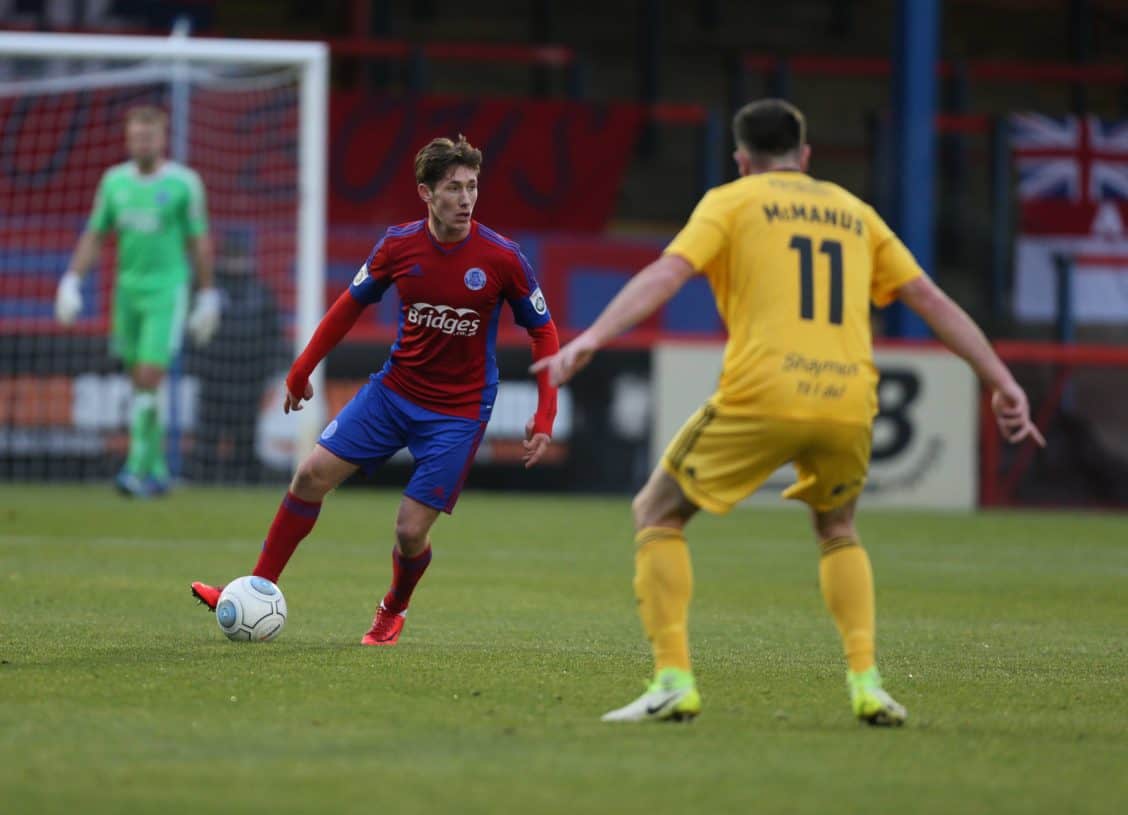 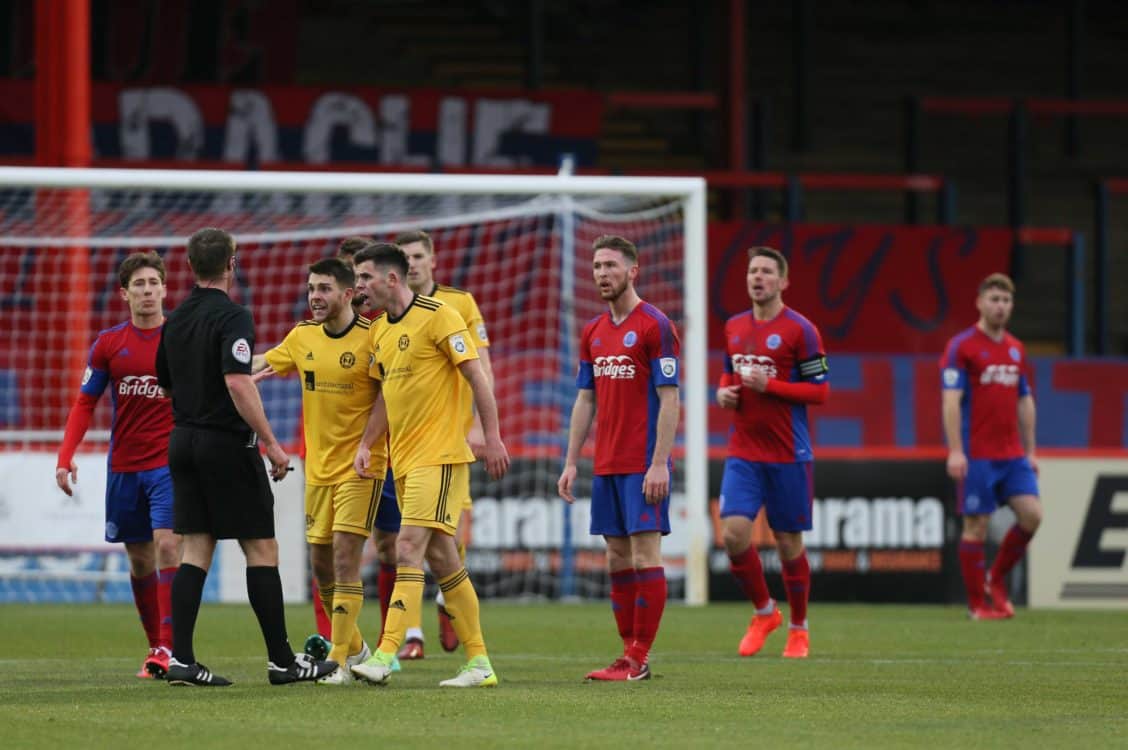 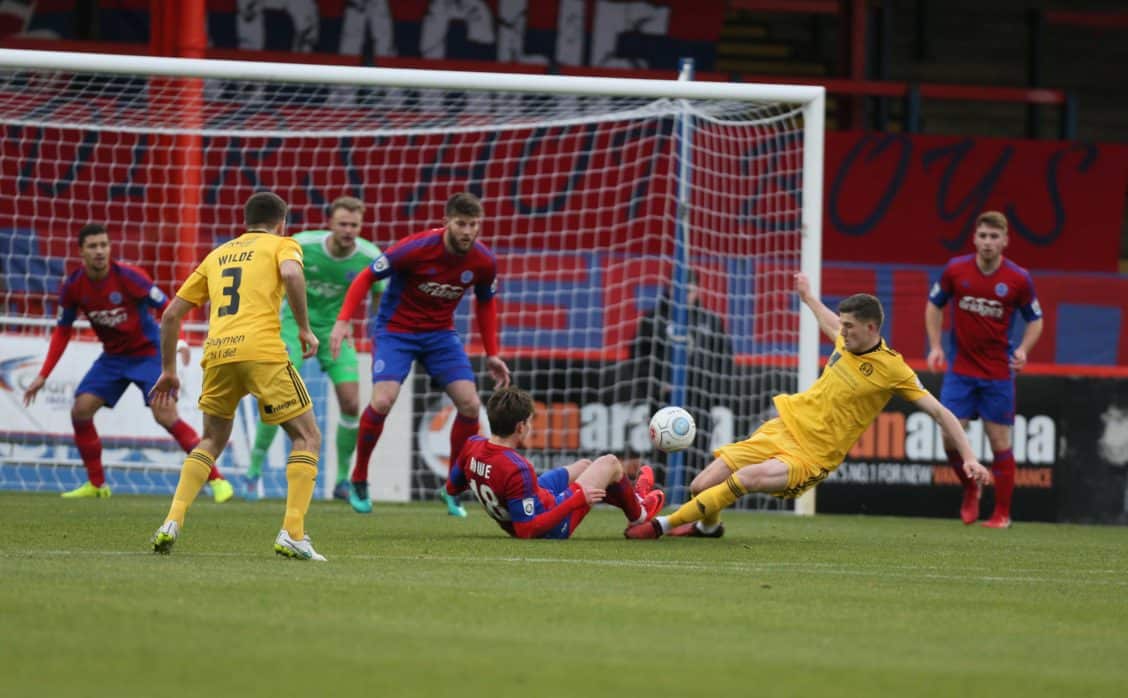 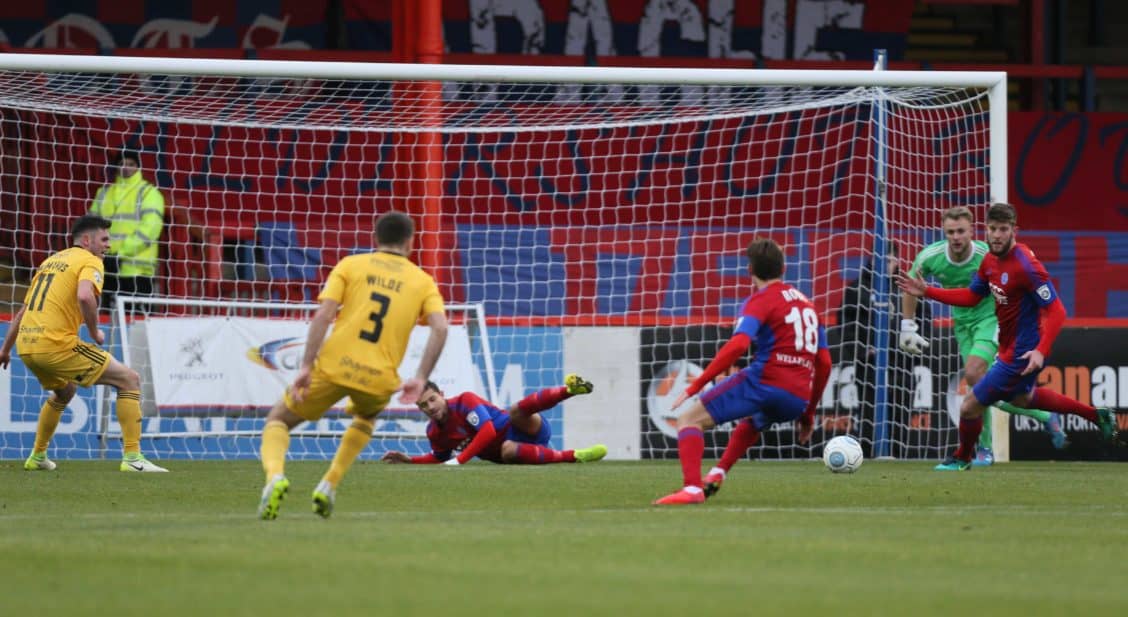 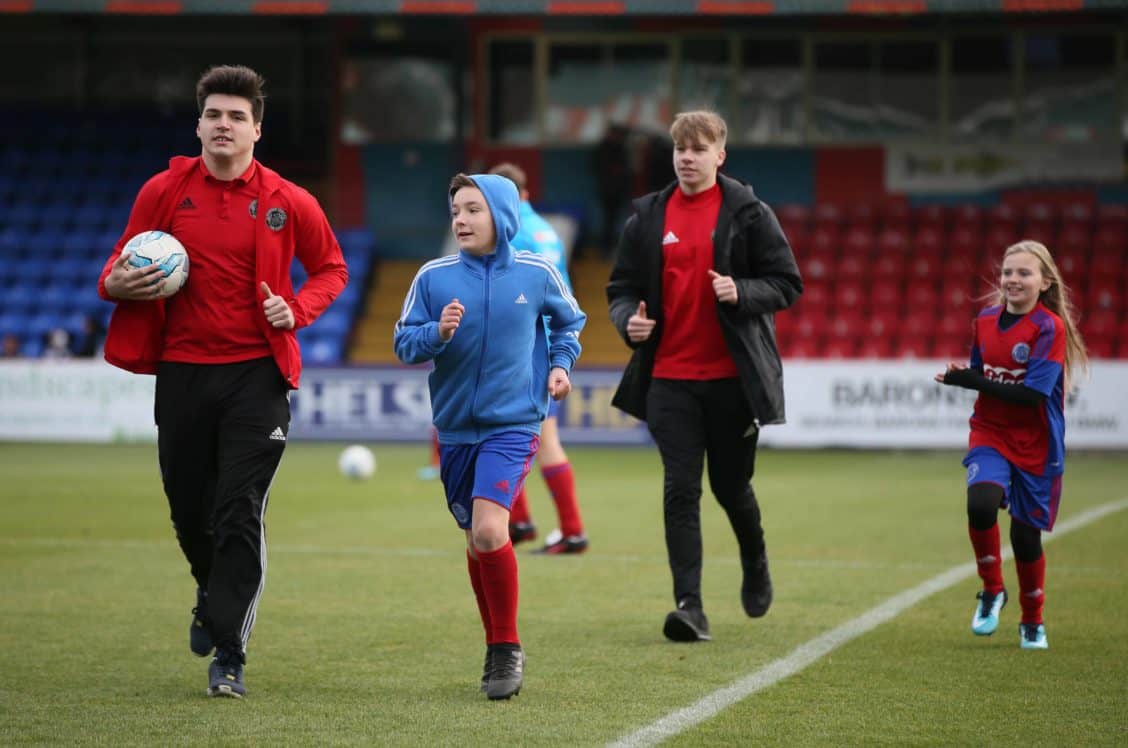 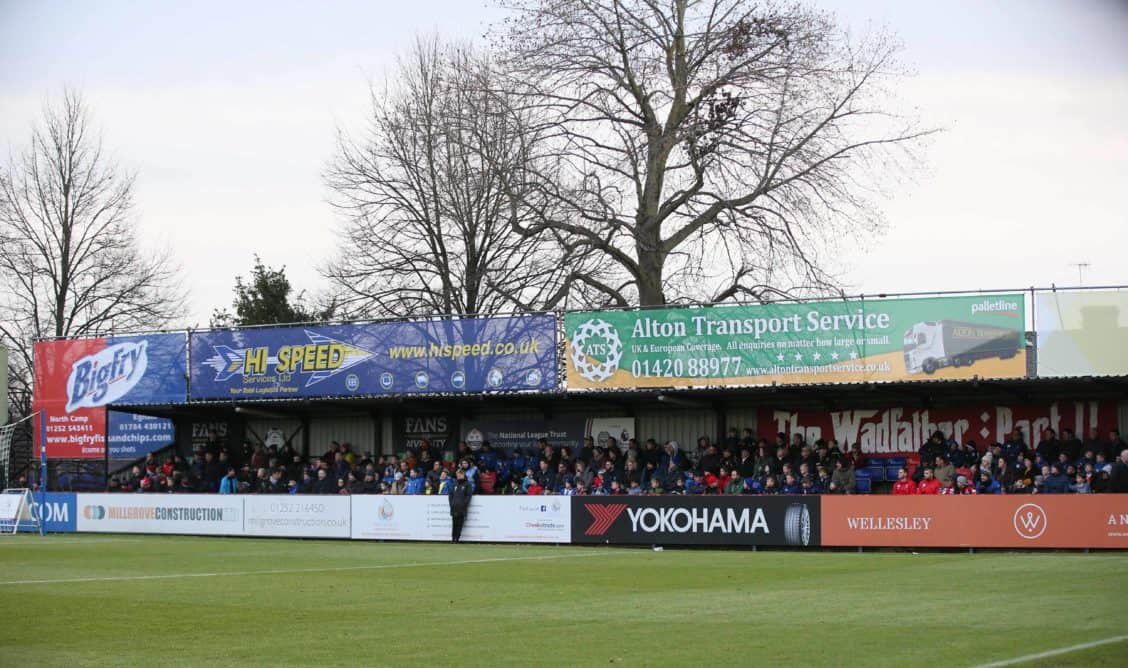 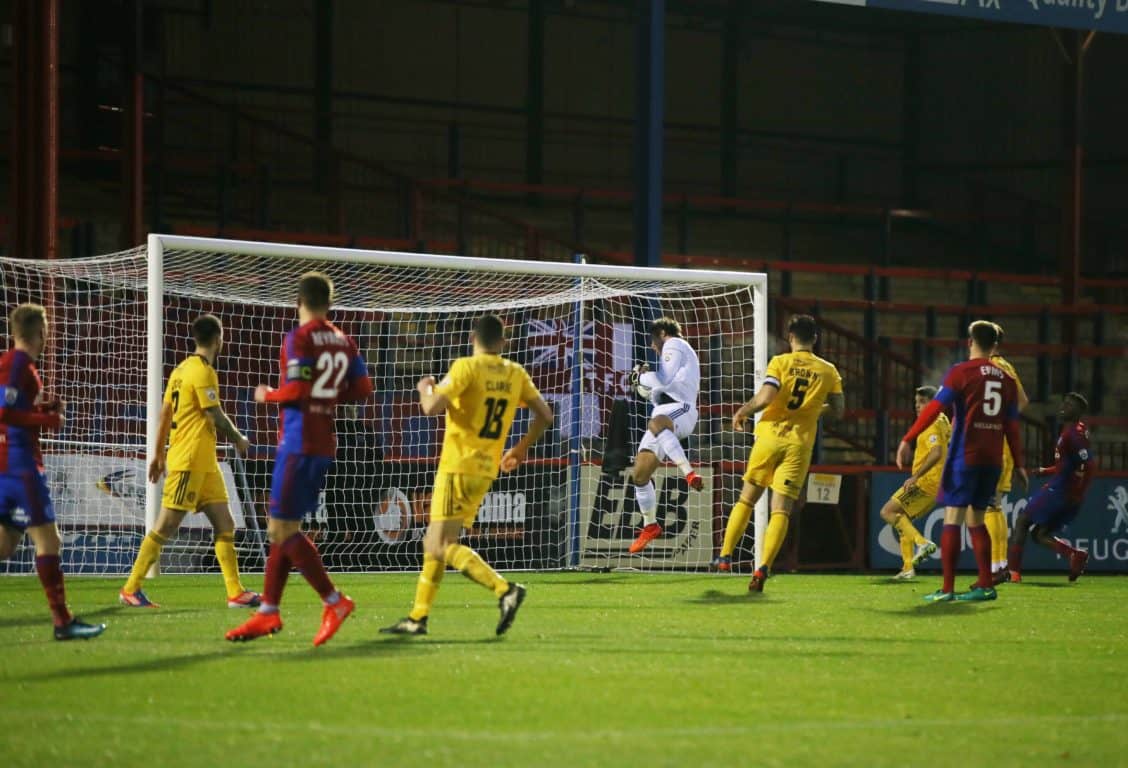 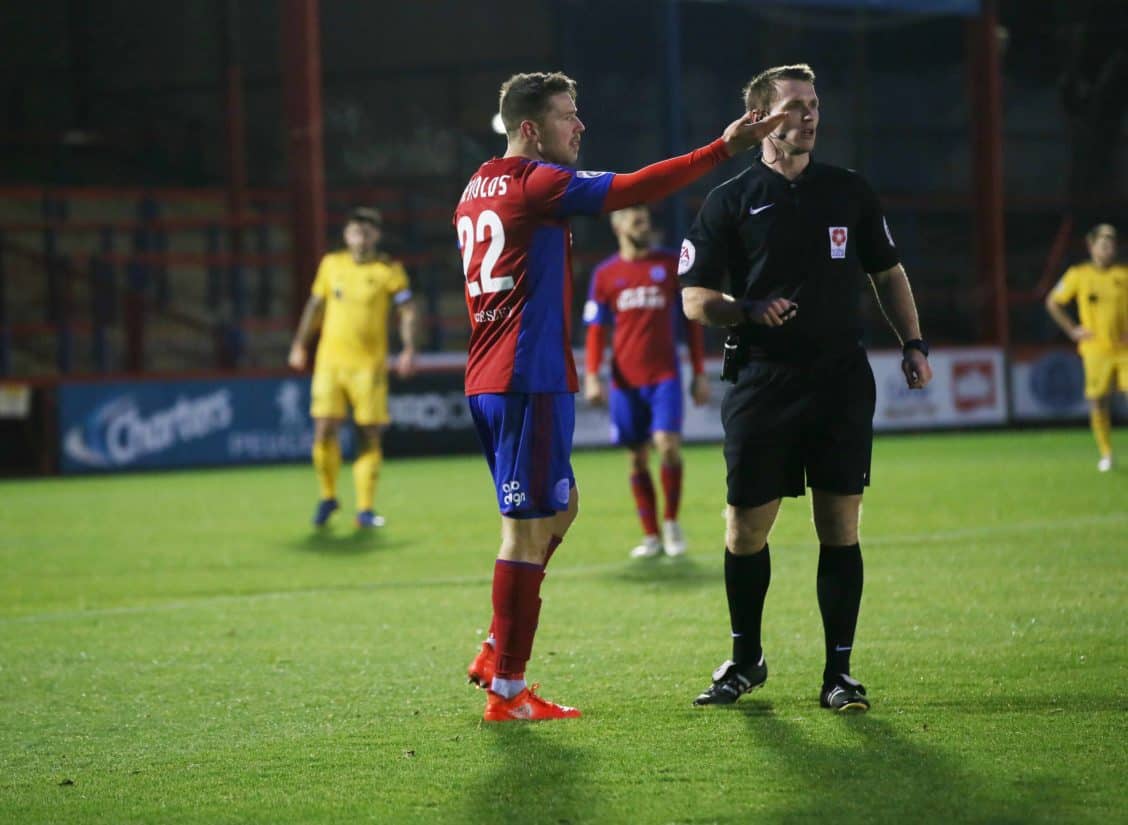 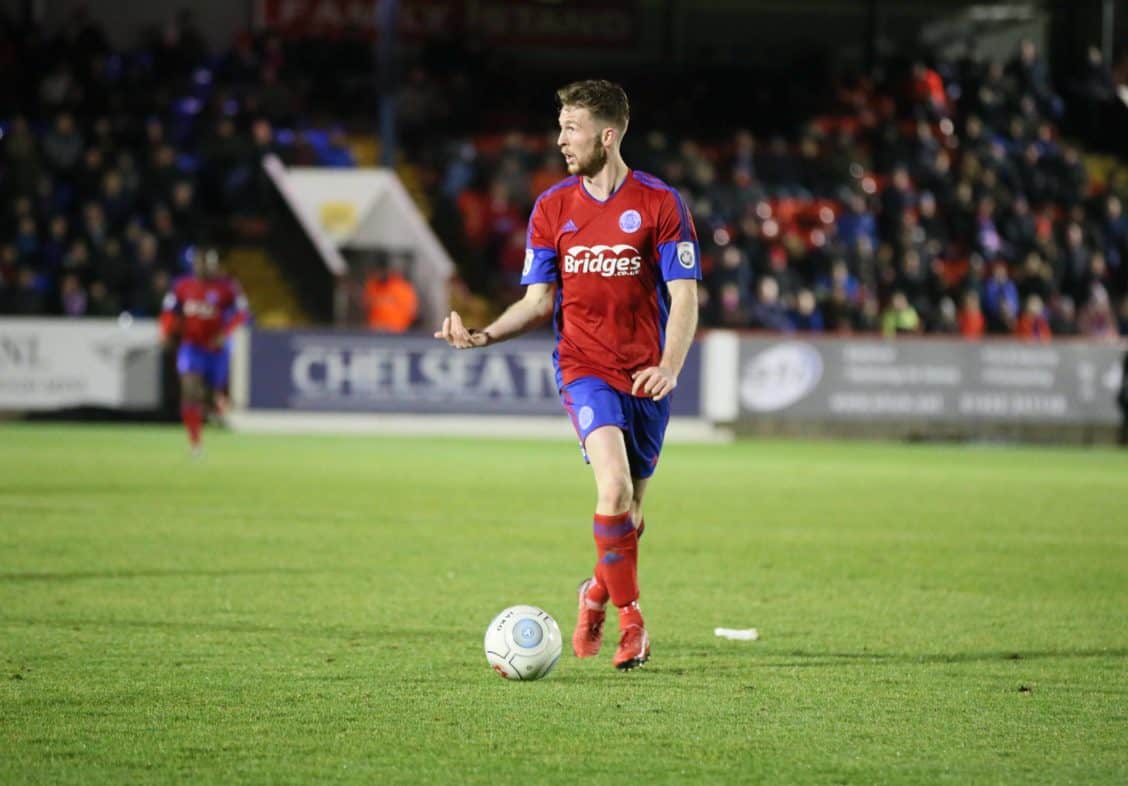 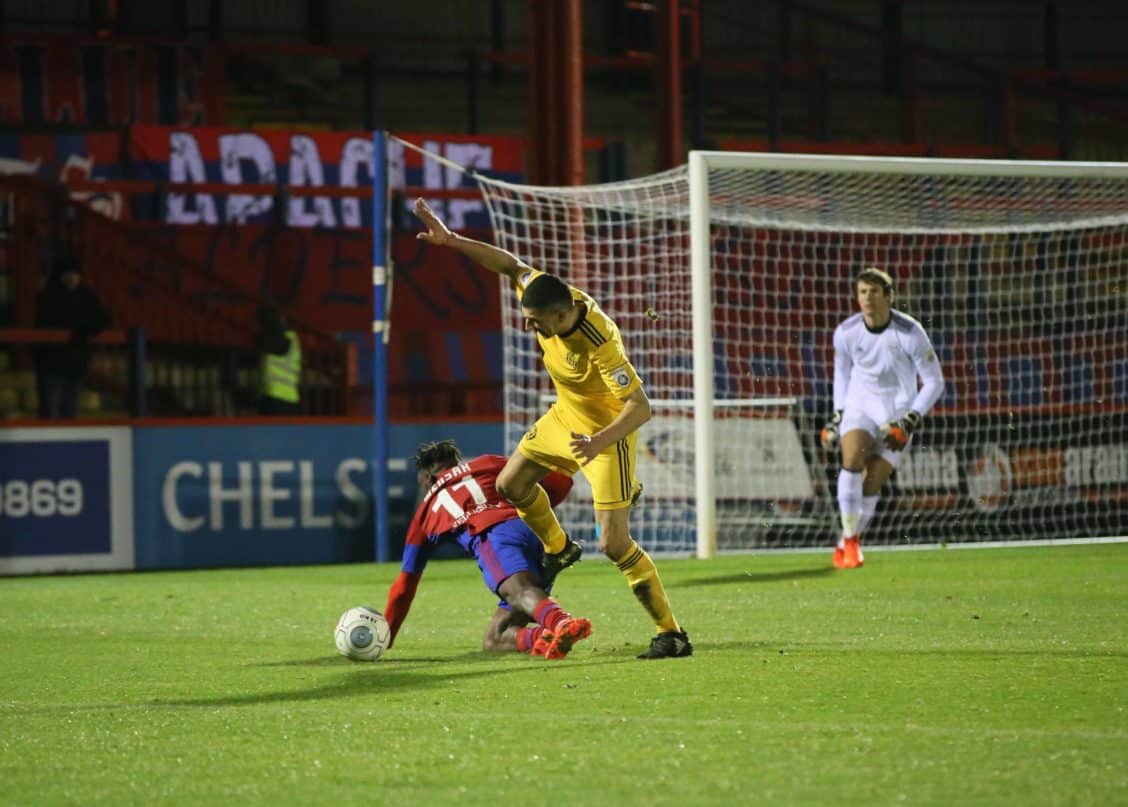 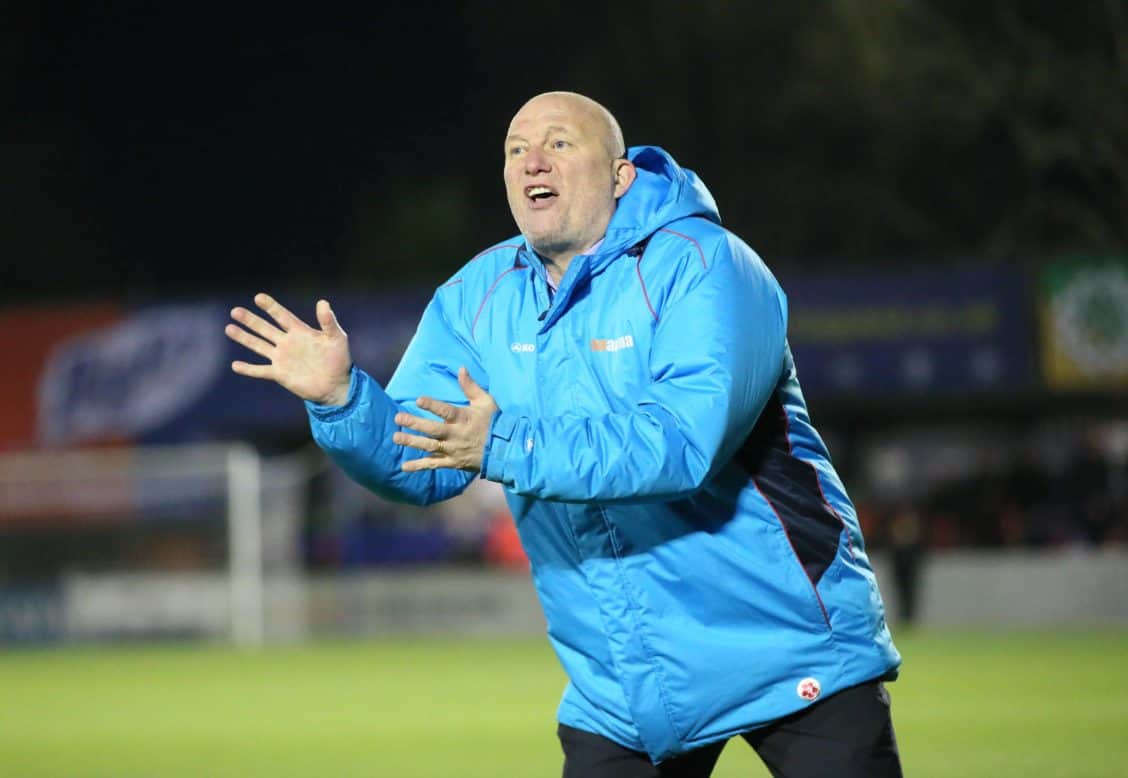 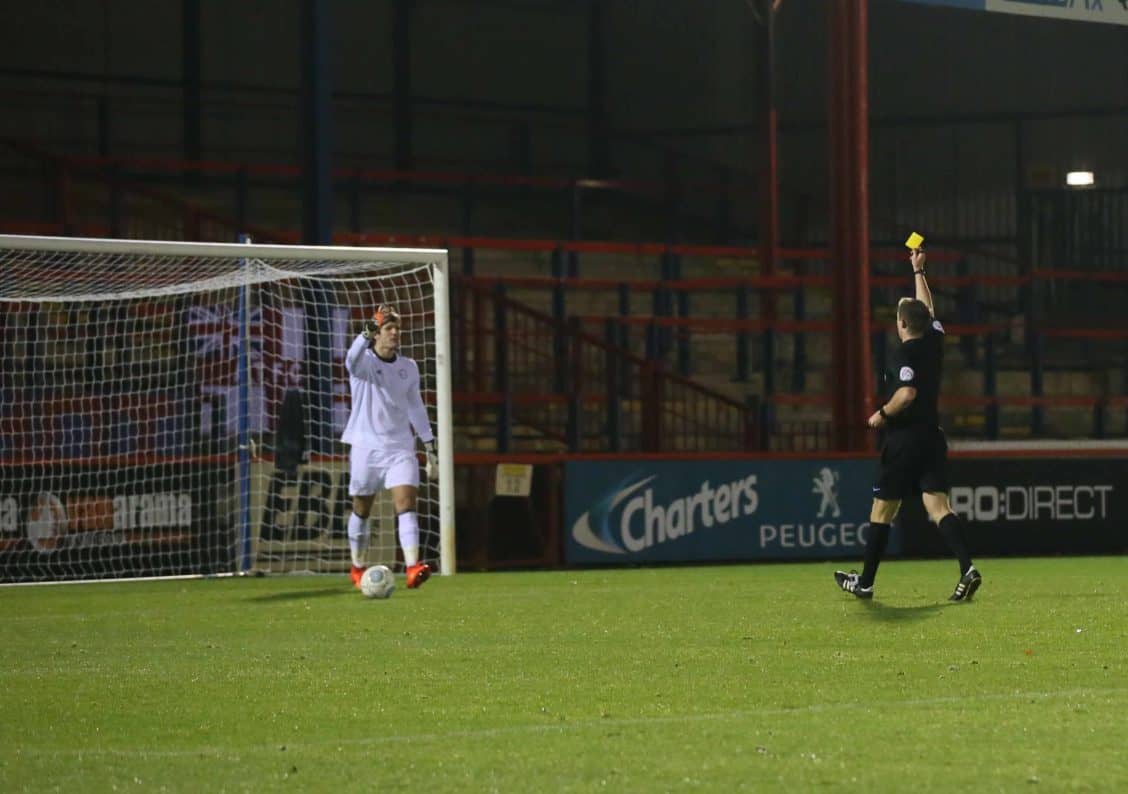 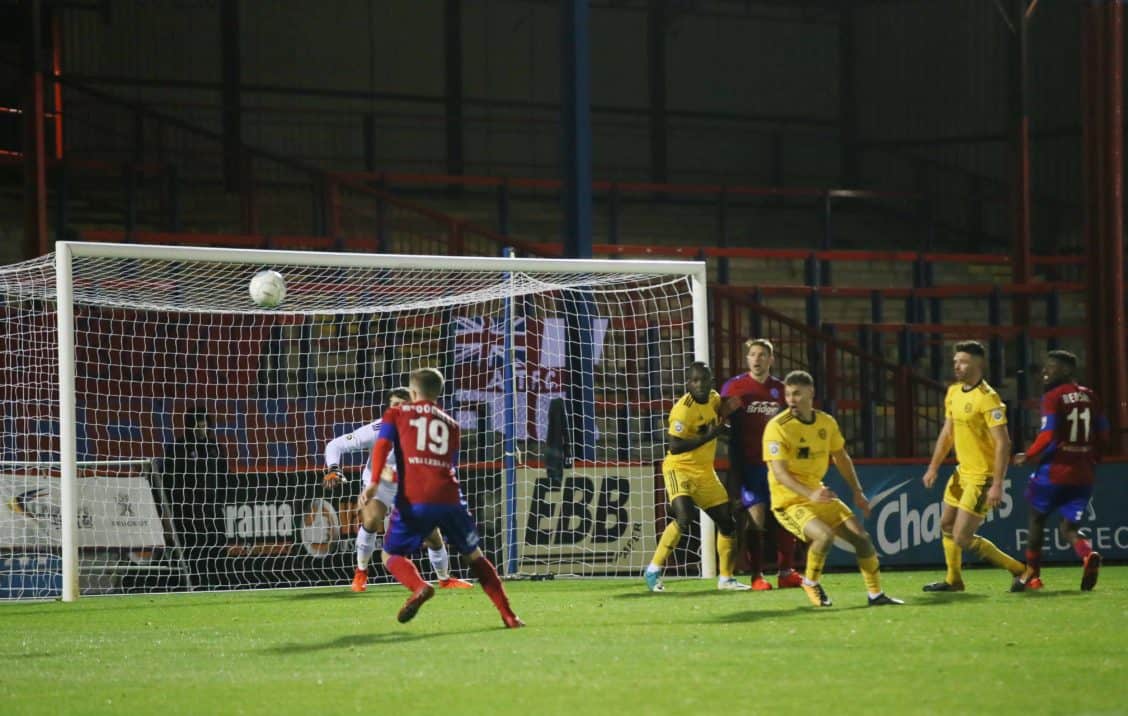 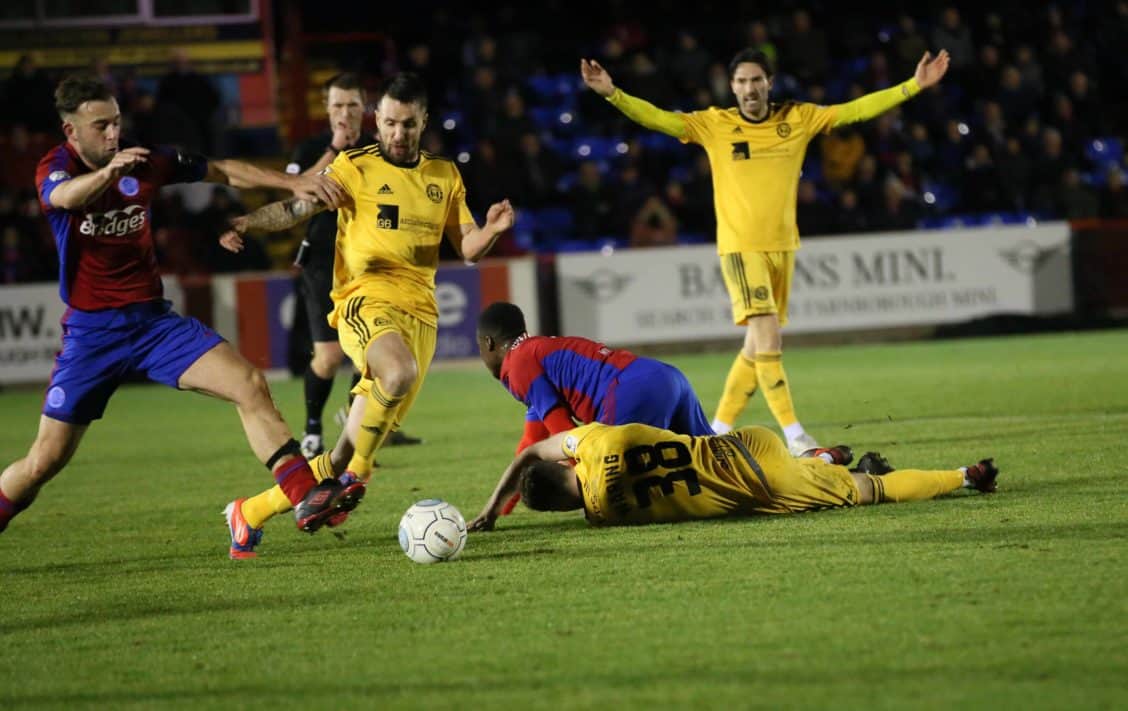 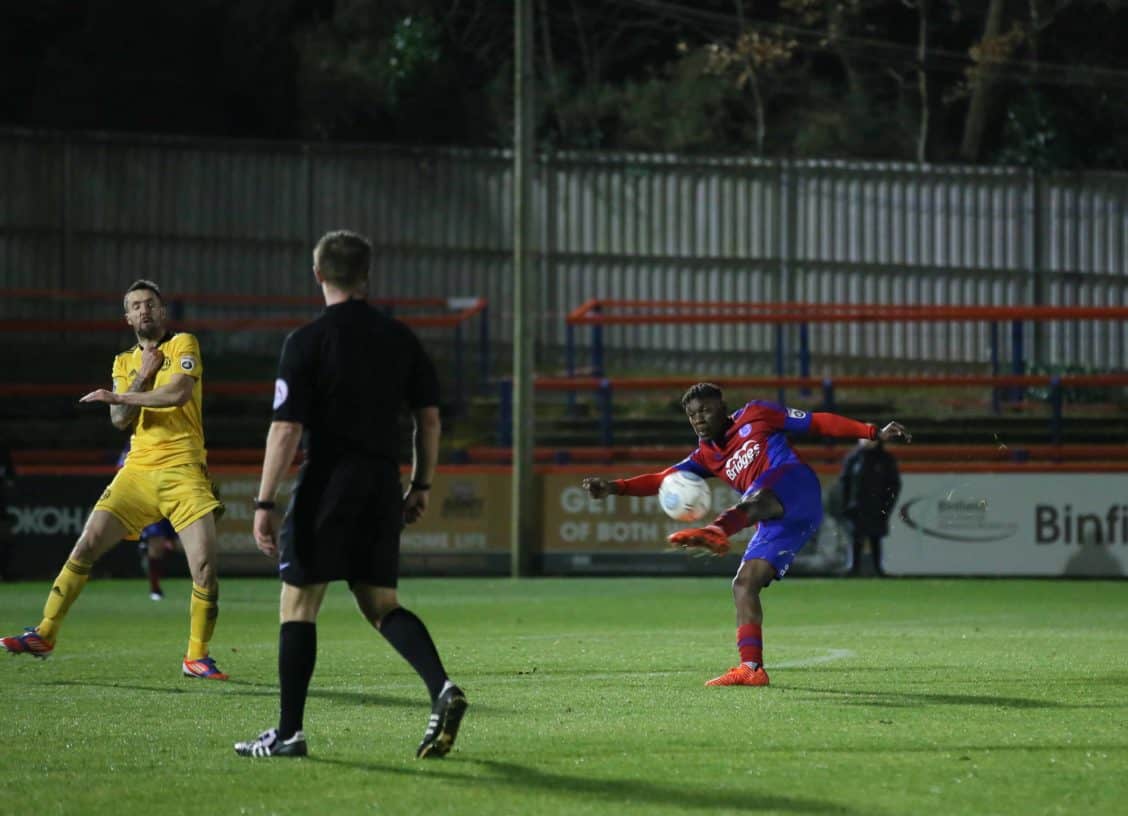 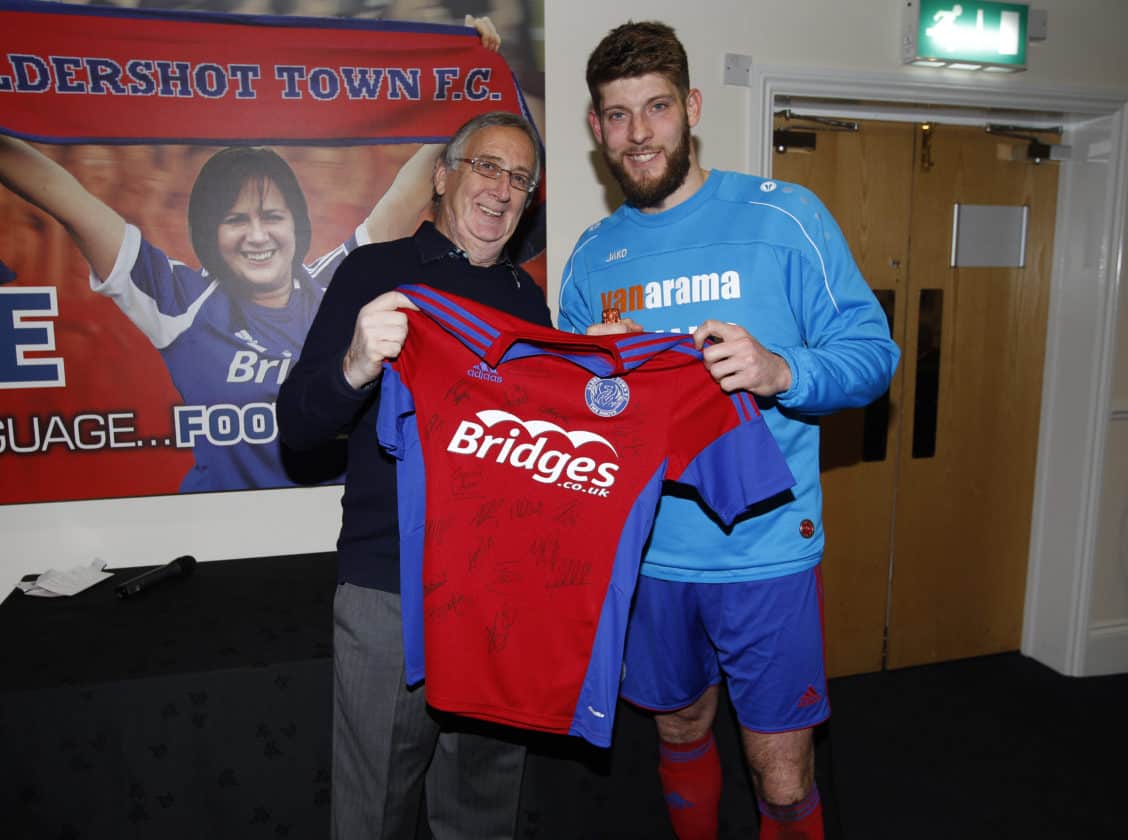