Aldershot Civic Society honored Aldershot-born comedian, and former Shots President, Arthur English on Saturday by unveiling a blue plaque at the house in which he grew up.

The plaque, at 22 Lysons Road, was unveiled from behind a giant kipper tie by singer and actor Jess Conrad OBE. Arthur’s son Tony made a speech at the ceremony to honour the star of Are You Being Served? who had served during World War Two before becoming a painter and decorator in the town. 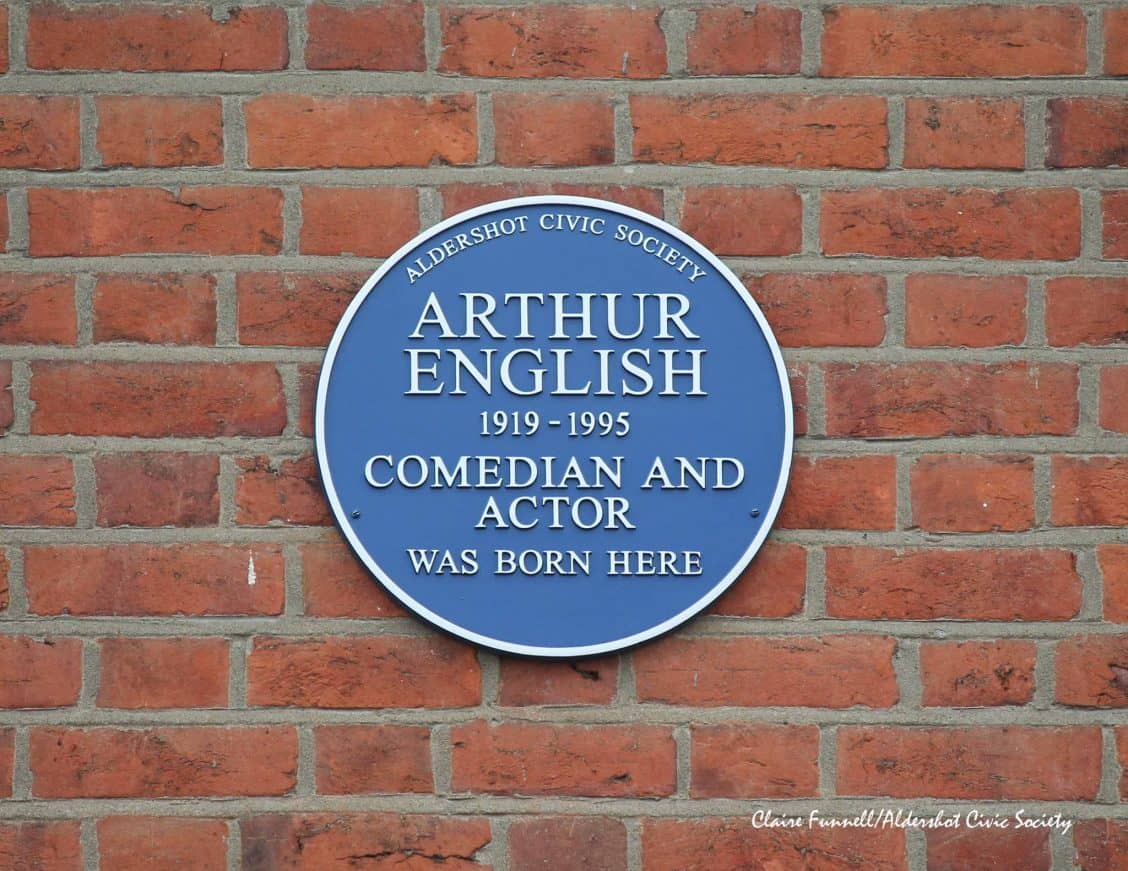 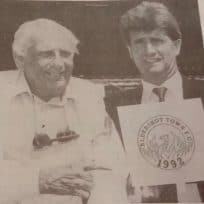