The EBB Stadium hosts the Army Women’s team this Wednesday afternoon, as they begin the defence of their Inter-Services Championship with a match against the RAF.

Kick-off is at 3pm, with free admission as the Army look to win the title for the seventh year in succession and 16th time in 19 years.

That is followed by the Men’s Army v RAF fixture, which kicks off at 7pm at the Miltary Stadium. 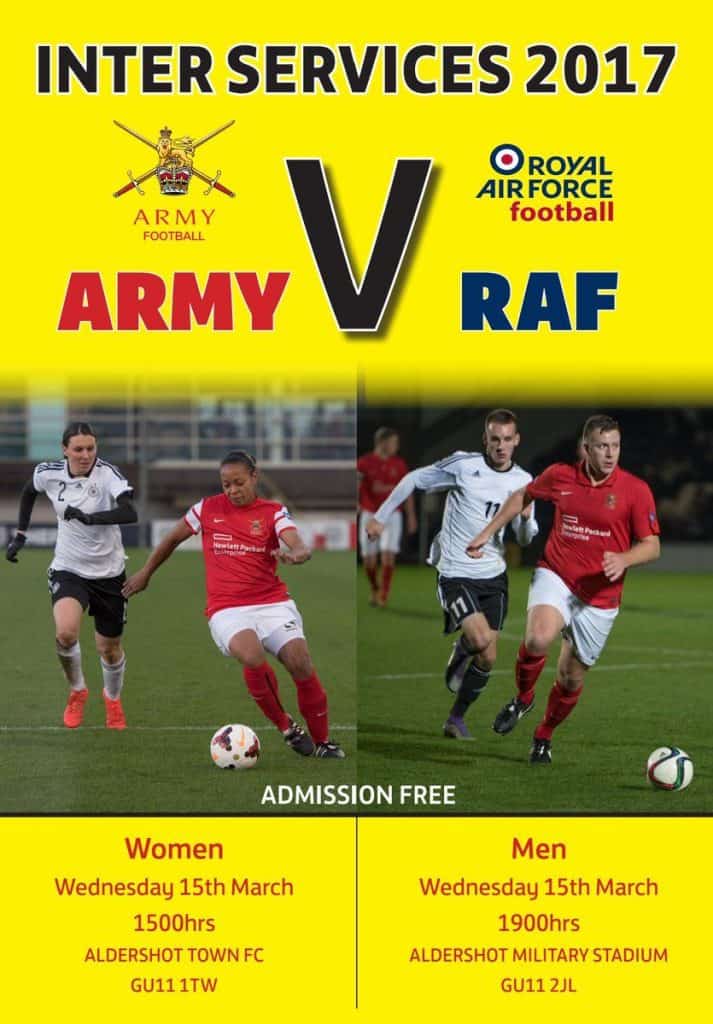