The EBB Stadium is pleased to be part of an Inter-Services double-header today, as the British Army compete with the Royal Navy for the Constantinople Cup.

The day starts at the Military Stadium on Queen’s Avenue, as the Army and Navy’s women’s sides face each other with a 2.30pm kick-off. That is followed by the men’s fixture at the EBB Stadium, at 7pm.

Admission for both games is free as the Army look to defend their Inter-Services title in a competition which has been contested every year since 1919 with the exception of the Second World War. 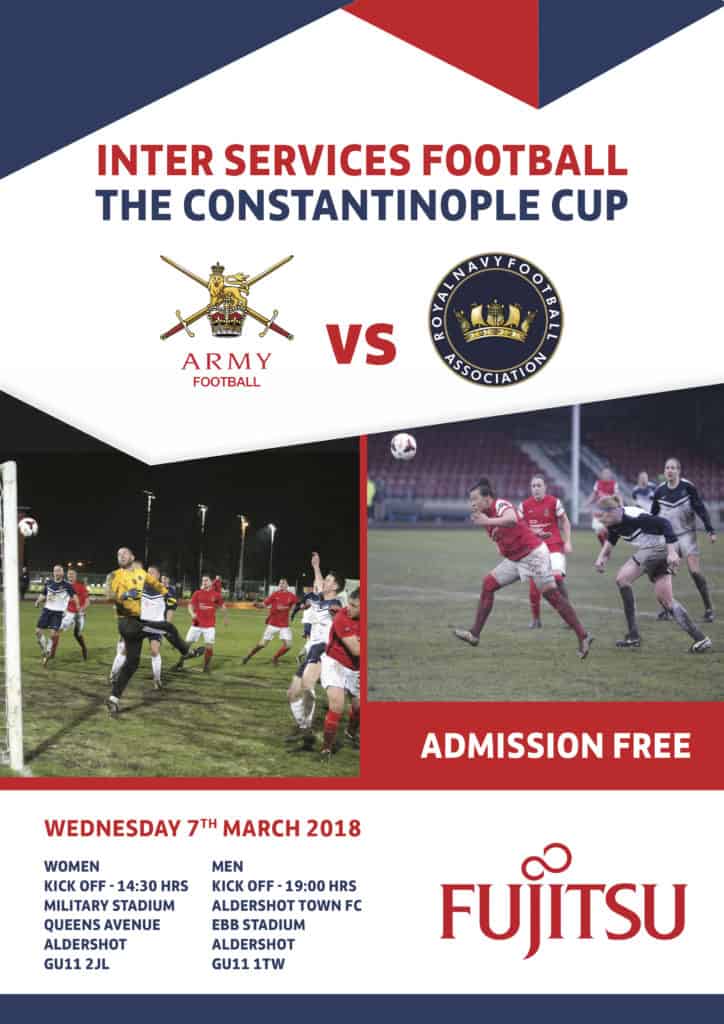