Anthony Straker has returned to Aldershot Town on a one-year contract.

The 27 year-old played 229 matches for The Shots between 2007 and 2012 – putting him joint-fifth in the Club’s all-time appearance list – including 43 league games in the 2007-08 Blue Square Premier title-winning season.

Having played most of his career as a left-back, Straker has in recent years moved forward into midfield but manager Gary Waddock sees him fulfilling a more orthodox defensive role in 2016-17.

“He’s a left-back for me, and he wants to be a left-back,” confirmed Waddock. “He knows how I play, and that suits him. We want to see him bombing up and down the wing but first and foremost he’s a defender and he will be judged on that. For me, though, the best way to defend is attack the opposition and let them worry about us!

“Anthony was only 18 when he came here first time around, to start his career, and he has gained a lot of experience and developed into a good player. He’ll be one of the senior players in the dressing room, and he is a good guy and a good character.”

The Grenada international was most recently with Grimsby Town, with whom he signed a short-term contract in February 2016 following his departure from York City. His 18-months with The Minstermen included a 13-game loan spell with Scottish Premiership side Motherwell.

“It feels a bit strange to be back but good at the same time,” admitted Straker. “Aldershot Town has been a big part of my career. I’m happy to be here and want to get back playing on a regular basis again. But the main thing that has brought me back is the manager, I enjoy playing for him and his style of play is what I’d call a good style of play.

“When I signed here first time around he kept me playing football, he made me find a love for the game again at such a young age when boys were being released from clubs – and ever since then I’ve been playing and enjoying myself. I’ve played a good amount of games and hopefully I can play some more here. I want to put the Club back to where it was and get the ground rocking again.”

A graduate of the Crystal Palace youth academy, Straker originally joined Aldershot Town in July 2007 and in his first season won both the Blue Square Premier championship and Setanta Shield. He remained a regular in the side as The Shots finished 15th in League Two and then, under Kevin Dillon, reached the Play-Off semi-finals in 2009-10.

A month’s loan which reunited Straker with Waddock at Wycombe Wanderers followed, but Anthony was soon featuring in Aldershot Town’s League Cup ties against West Ham United and Manchester United. He finally left The Shots in July 2012, and in two seasons with Southend United made 82 appearances as both a left-back and left-winger, and played in the Johnstone’s Paint Trophy Final at Wembley as well as the League Two Play-Off semi-finals. 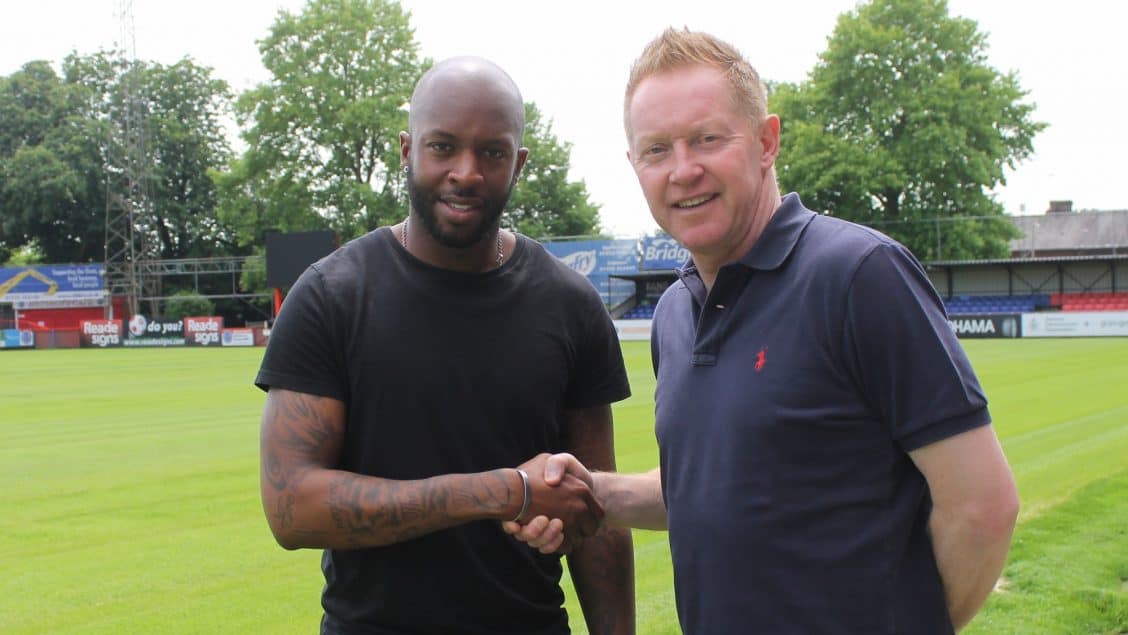