Andy Nunn has praised his team of volunteers for “putting their heart and soul into the Club” after being awarded third place in the Vanarama Conference Groundsman of the Year awards on Wednesday.

“Personally, I think it’s fantastic,” he admitted. “Not just for me but for the Club and all my volunteers. They’ve given me so much help in the six or seven years that I’ve been Head Groundsman. It’s nice to be recognised for all of the work that has gone on at the ground.

“I would have liked to have won it,” he smiled, after receiving his trophy from Geoff Turrell, Vice-Chairman of The FA Facilities Committee (below), “but they don’t just take the pitch into consideration. They also look at your budget and the machinery you use. Having a brand new pitch last summer helped immensely, as we haven’t been struggling to get games on in the wet.

“Everybody praises the pitch and it’s always nice to hear what people say. We’ve made huge progress since I first came here 13 years ago with my father-in-law (Dave Tomlinson), and I’ve picked up so much knowledge and a wealth of information from other groundsmen.”

Of his volunteers he eulogises: “They come out in all weathers, and I know I can trust them. We rely on them to be there in our hour of need. They probably come in too much for my liking – sometimes they’re here more than me! They’re a good bunch of lads and they make such a difference with their tidying and work on the pitch. They help to make this a family Club. They all go out together when they finish their work here, and travel to away games together. They get on so well, and are always so welcoming to new volunteers.

“We’re part of a Back To Work scheme with the local Job Centre, and one of the people we’ve helped has now got a job but he’s still coming back to the Club as a volunteer because he got on so well with the lads.”

Andy even compares the team to his own experiences in The Shots’ dressing room. “There is a lot of banter during the week, but obviously on matchdays it gets a bit more serious because we have to get things right. And they stick up for each other – we all stick together as a team. Sometimes I have down days, when things aren’t going right, and I only have to talk to them and it gives me a lift again.

“The visit to St George’s Park really opened my eyes as to how much football clubs need these people to be able to function. I’m sure every Club have their own special volunteers, but mine are very special.” 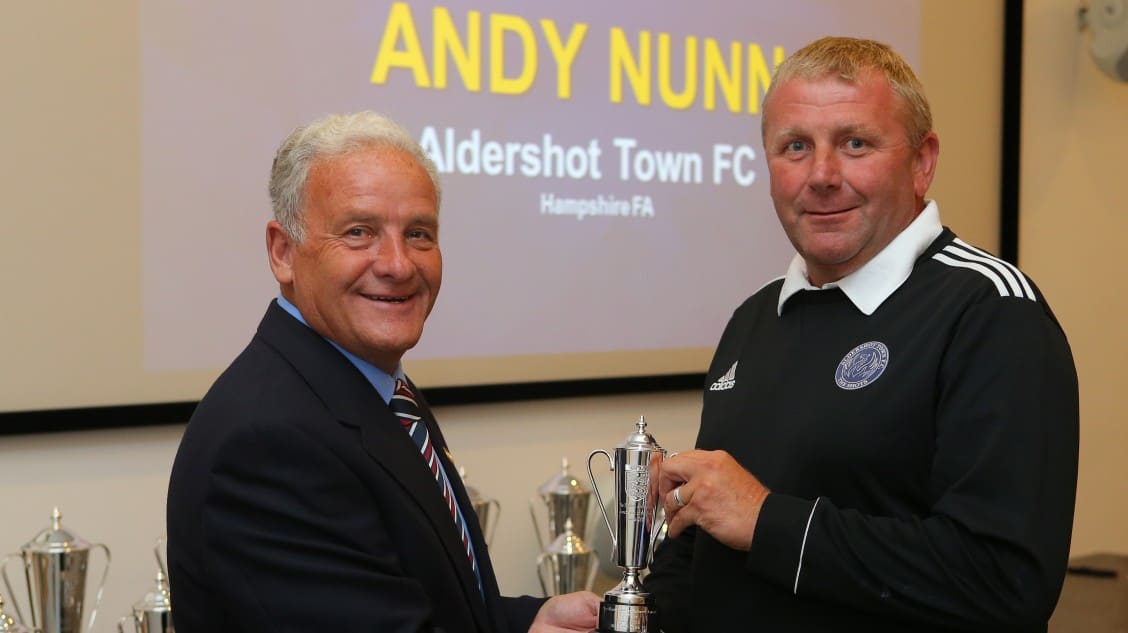