This week we pay tribute to the mavericks and magicians who have graced the left-wing position over a quarter of a century. Please choose your favourite of these stellar candidates and email their name to steve.gibbs@theshots.co.uk with SHOTS XI in the subject line. Alternatively, send a tweet to @OfficialShots using #ShotsXI.

There’s also still time to vote for other positions, and select your favourite goalkeeper, right-back, centre-backs, left-back, right-midfielder and central-midfielder.

Joel Grant (2006-08, 61 apps, 10 goals): A Jamaican international who was part of our Blue Square Premier title-winning squad in 2008 and earned the extravagant nickname of “the non-league Cristiano Ronaldo”! Valentino’s mesmerised opponents as we also won the Setanta Shield and reached the FA Trophy semi-final, before joining Crewe Alexandra for a Club record fee.

Ian Hathaway (1998-2001, 199 apps, 12 goals): The Mighty Mouse with the sweet left foot won four senior honours with The Shots, but his most famous moment surely came at The Dell in 1999, supplying the pin-point cross from which Gary Abbott headed the injury-time winner to beat Basingstoke Town in the Hampshire Cup Final! Although several times berated by George Borg over his weight, Hathaway’s quality was undoubted.

Peter Vincenti (2011-13, 118 apps, 15 goals): The Jersey international’s career really took off at the EBB Stadium after becoming Dean Holdsworth’s first signing for The Shots. Tall, versatile and entirely befitting of the cliché ‘good feet for a big man’, Peter featured in both our 2011 Carling Cup run – as we beat West Ham United and hosted Manchester United – and our run to the FA Cup fourth round.

Ryan Williams (2005-08, 84 apps, 21 goals): Having twice tormented The Shots in a loan spell at Forest Green Rovers, Rhino’s arrival was already hugely-anticipated even before he scored a brilliant free-kick on his debut in a 3-2 televisied victory against Crawley Town. Played every game in the 2006-07 season, winning the Hampshire Senior Cup, but missed all but the last couple of games of 2007-08 after a pre-season ACL injury. 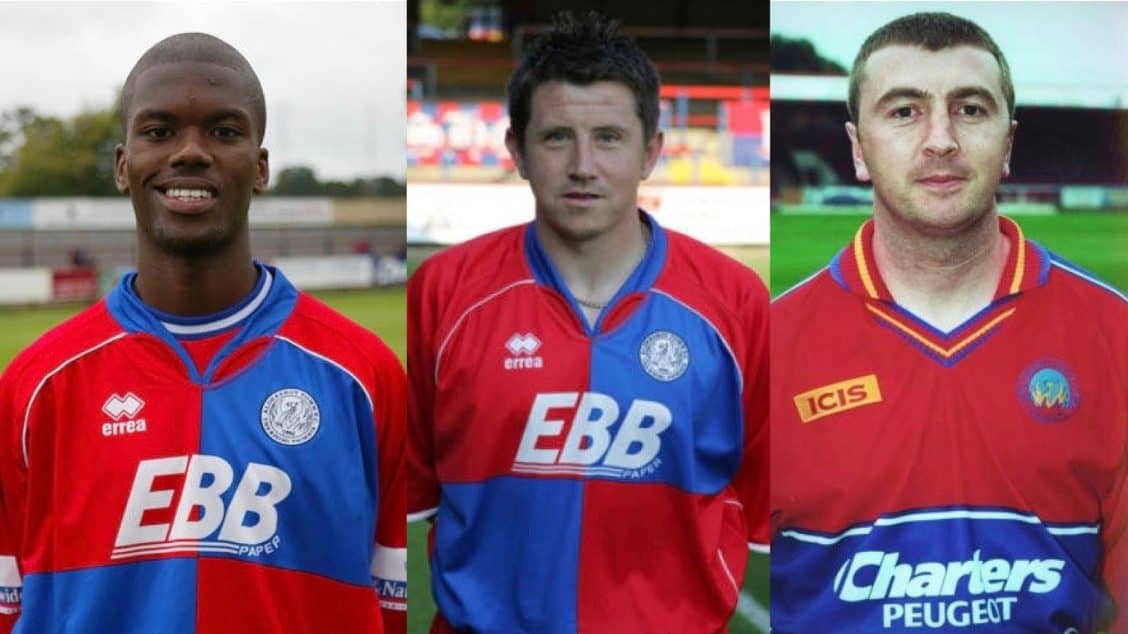