Strong Shots display too much for Daggers,

Aldershot Town’s dominant first half, with goals from Shamir Fenelon and Bernard Mensah, as well as a long-range effort late in the second-half from Matt McClure, gave them their second successive win.

The Shots gave a strong team performance, continuing their fine form at home and their chase for a play-off place, with victory over Dagenham & Redbridge who sat fourth going into the game. With 65 points and seven games to go the pressure on the teams above the Shots is really on.

The first-half was completely dominated by Aldershot Town, who were on the front foot throughout. The Shots’ came into the game with the best home record in the league and showed it from the offset.

Early on, Idris Kanu was inches away from netting a header after a great cross by Bernard Mensah on the left. Then, just a couple of minutes after, Scott Rendell seemed to score the early goal to get the momentum to continue but a late flag by the official ruled it offside.

Aldershot Town continued to make chances coming close on numerous occasions. It was just inside 20 minutes when Aldershot found the lead, and deservedly so. Fenelon got a touch from Mensah’s cross from the left, finishing into the bottom right after some very good football from the Shots.

Mensah looked in great form again tonight, giving the defence all sorts of issues with his play down the middle and when attacking the wings. Notably, Nick Arnold’s deliveries from set pieces and crosses were very threatening and soon the two combined to give The Shots a two-goal cushion.

Arnold dominated the left-hand side, doing well to find space to get the cross in. Seeing it, Mensah ran to the far post where Arnold picked him out perfectly, allowing Mensah to slot it into the left from the back post.

The Daggers looked a completely different side to what’s been seen of them in the season in the first-half, and evidently too, as there was almost a big mistake clearing a simple ball.

With the second most wins so far in the Vanarama National League they struggled, under the lights and rain at the EBB Stadium, to get a foothold in the game.

The Daggers made a change immediately after the break, though, bringing on Elliot Romain who, within the first minute, won a free kick just outside The Shots’ box. This seemed to start off a much more convincing display for the visiting side, and the change paid off just after ten minutes. A deep corner from Dagenham & Redbridge eventually found its way back into the box, with Scott Doe looping a header into the far left of the goal to make it 2-1.

From then, it led to quite a cagey affair with both sides trying to find their way in the match. During that time, Scott Rendell made his way into the box dangerously and appeared to be fouled for a penalty, after a short delay the referee waved to give nothing and allow play to continue.

During the lull in play goal scorer Mensah came off to make way for Matt McClure and Anthony Straker later came on for an injured Cheye Alexander.

It proved to be a great substitution too, as McClure took everyone by surprise finding the bottom left of the goal from almost 35 yards out, with a strong left footed effort.

With yet another two goal cushion the Shots looked in control again, Arnold came close from a free kick on the left only to be saved just in time by the Daggers keeper. The defender was nonetheless rewarded for his efforts in the game, rightly receiving the Man of the Match award. 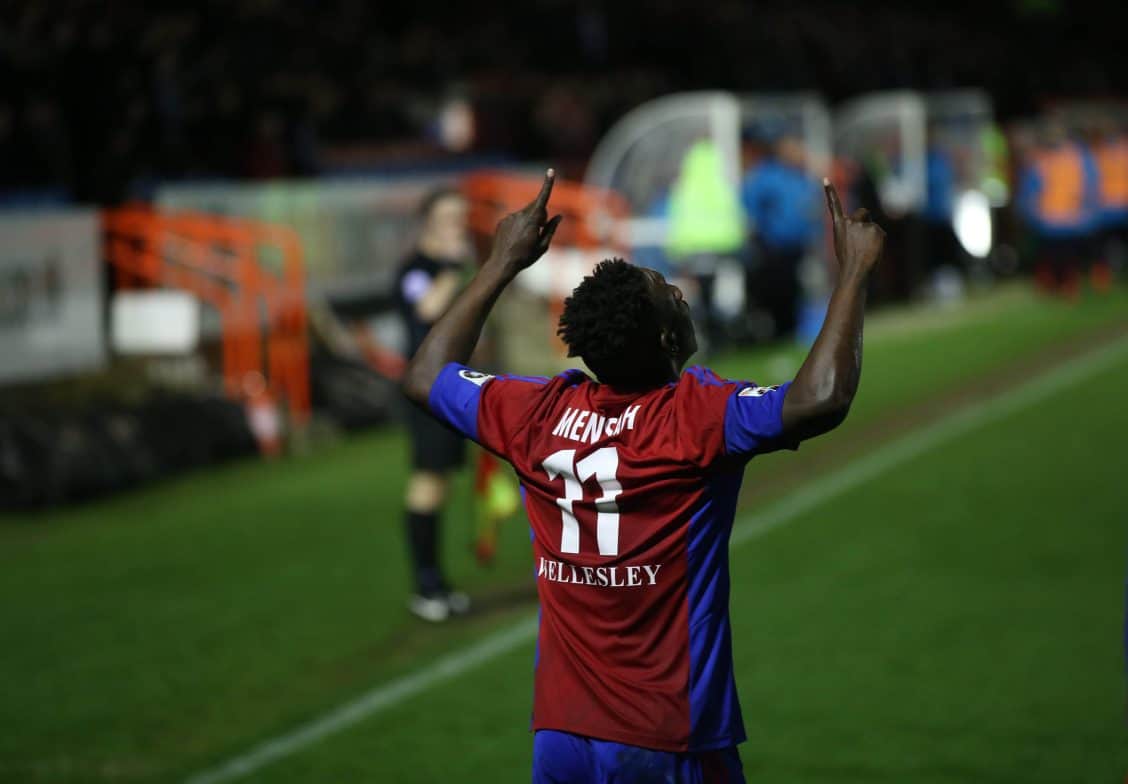 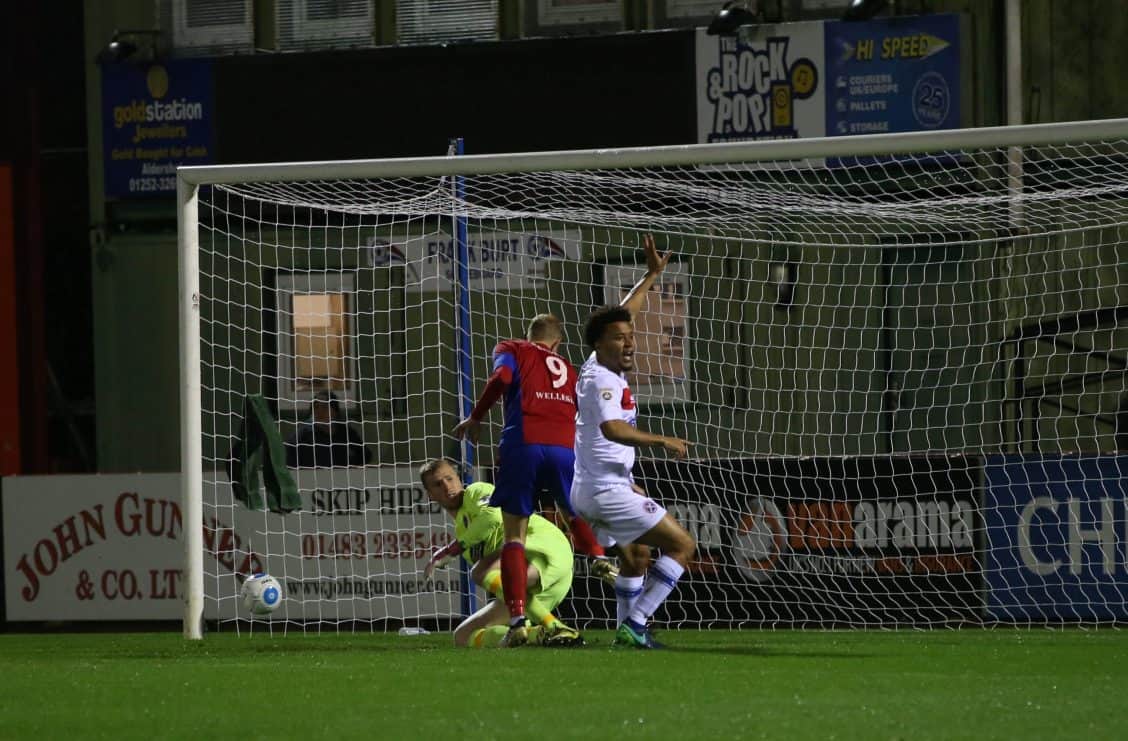 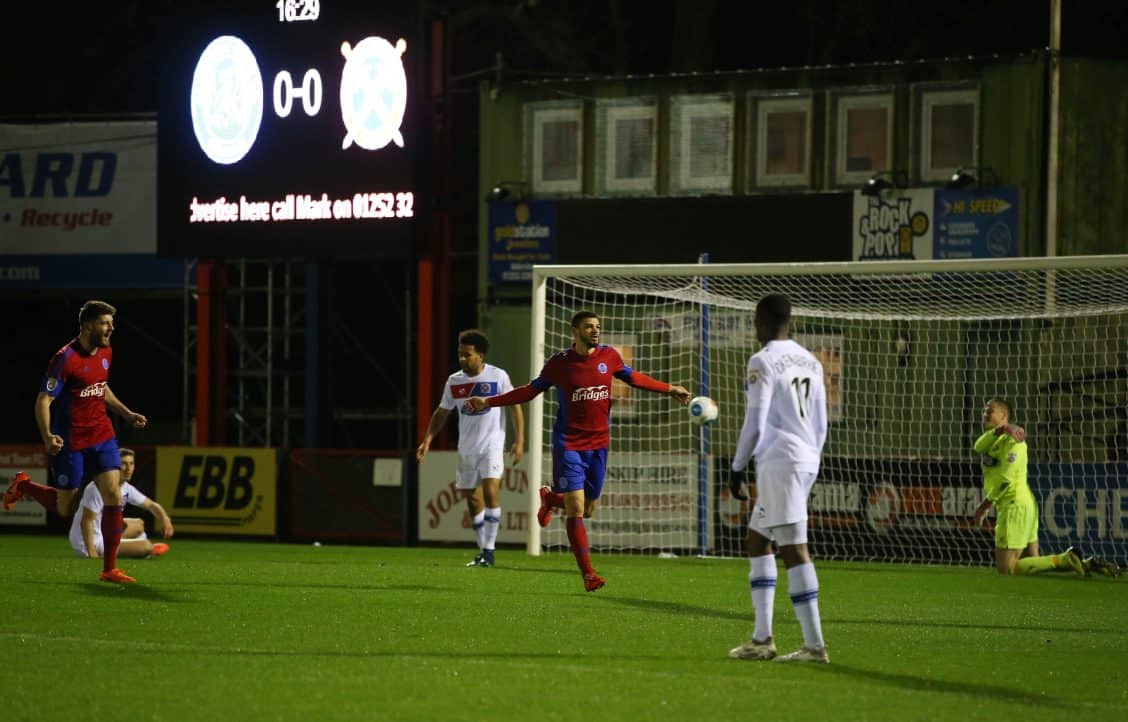 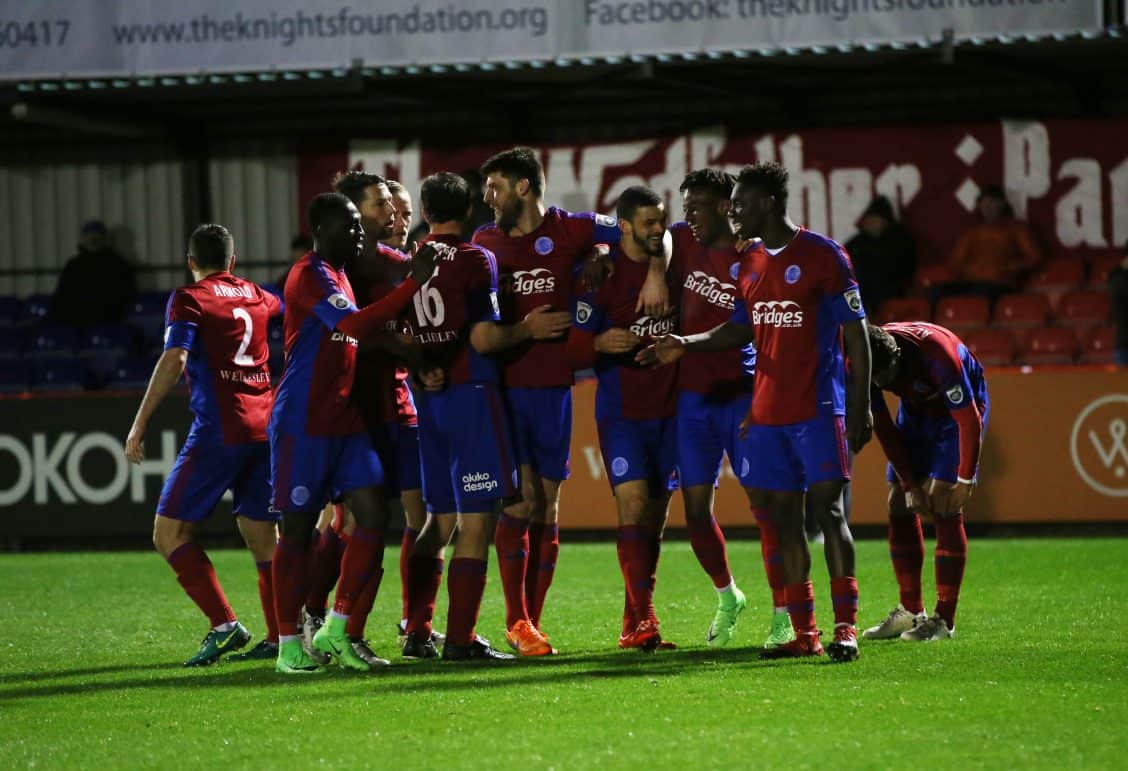 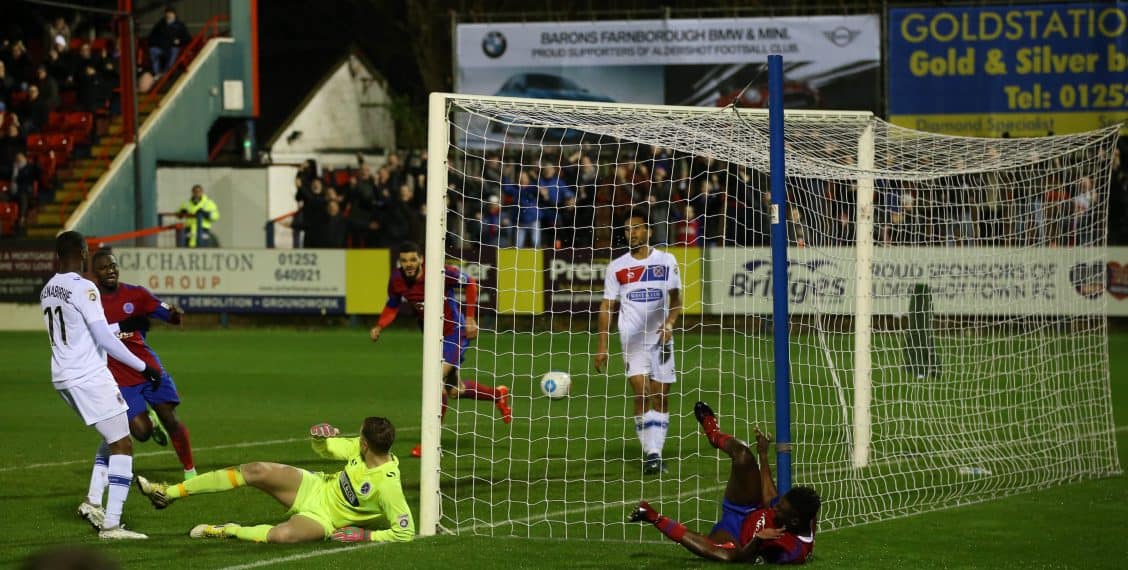 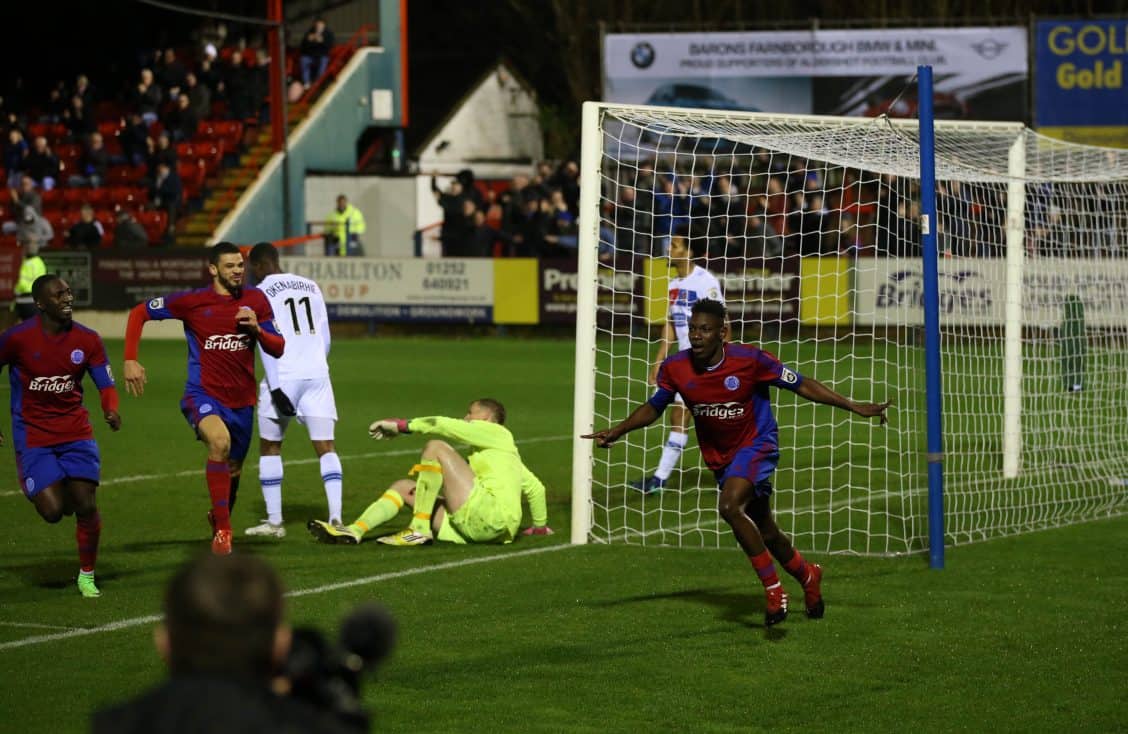 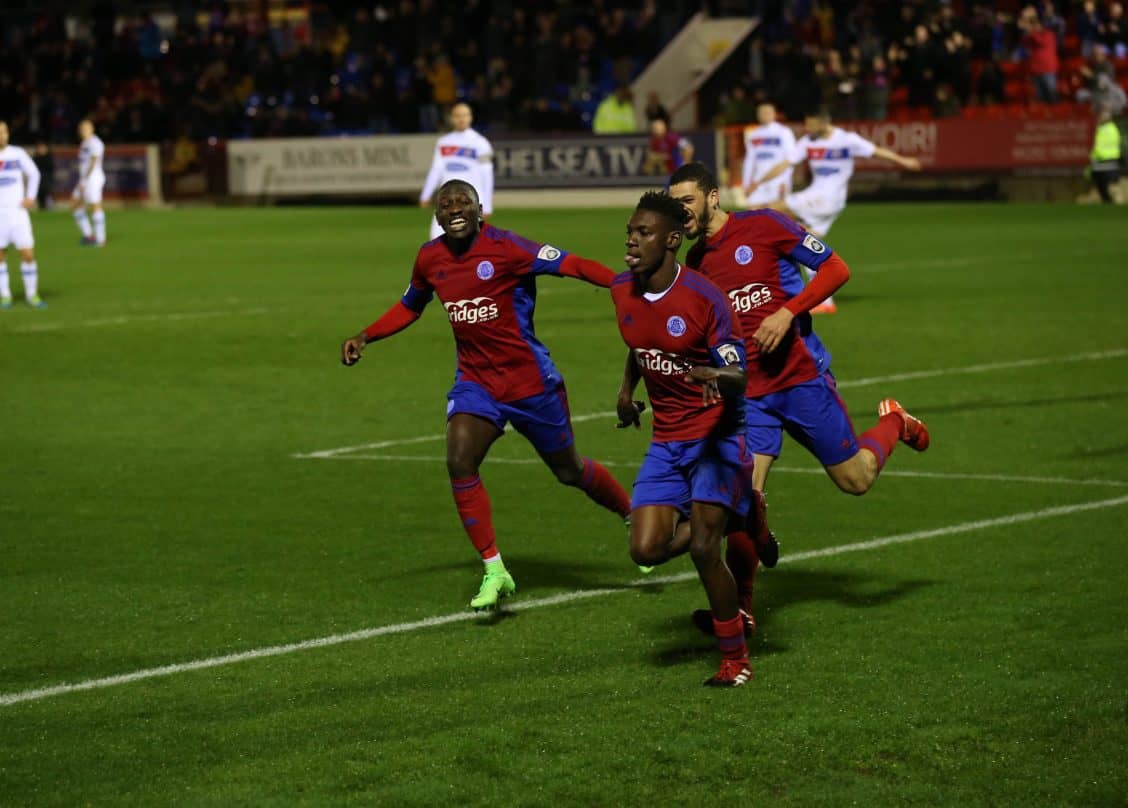 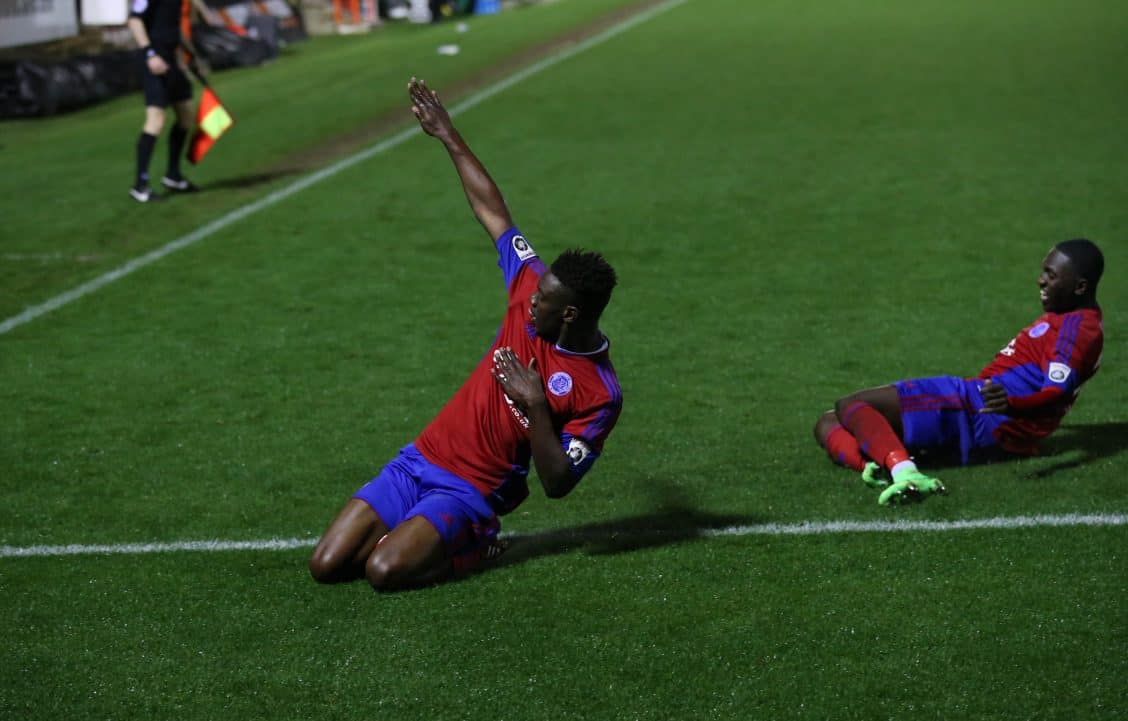 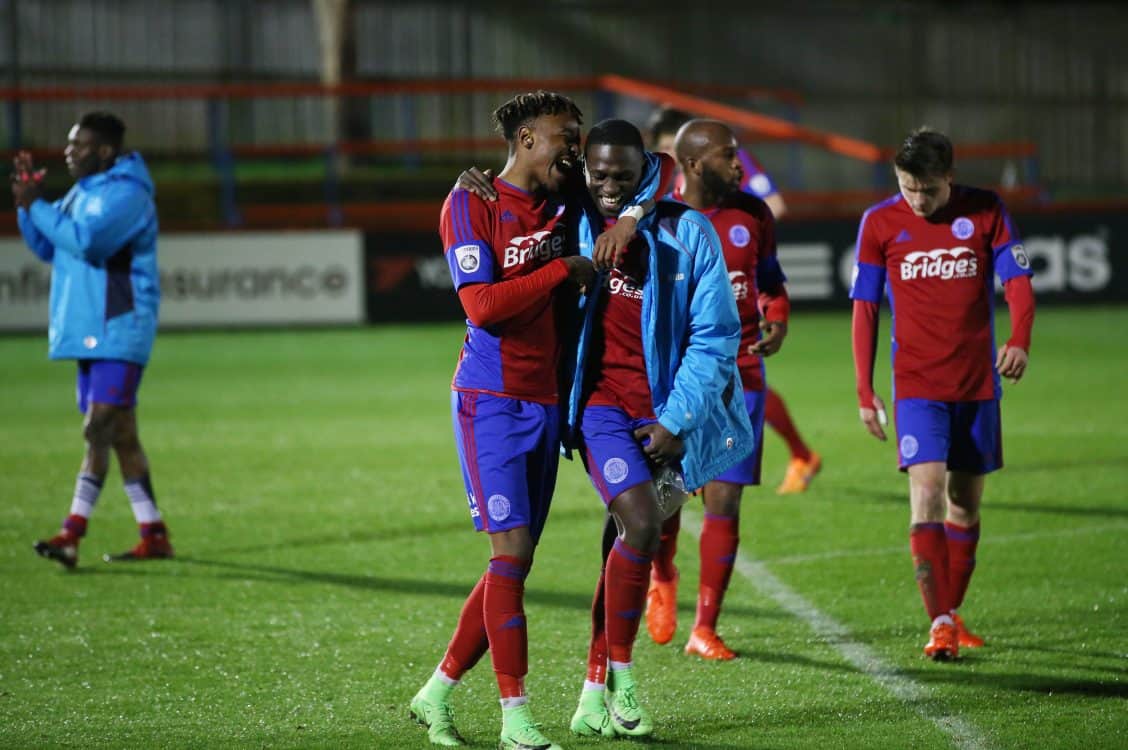 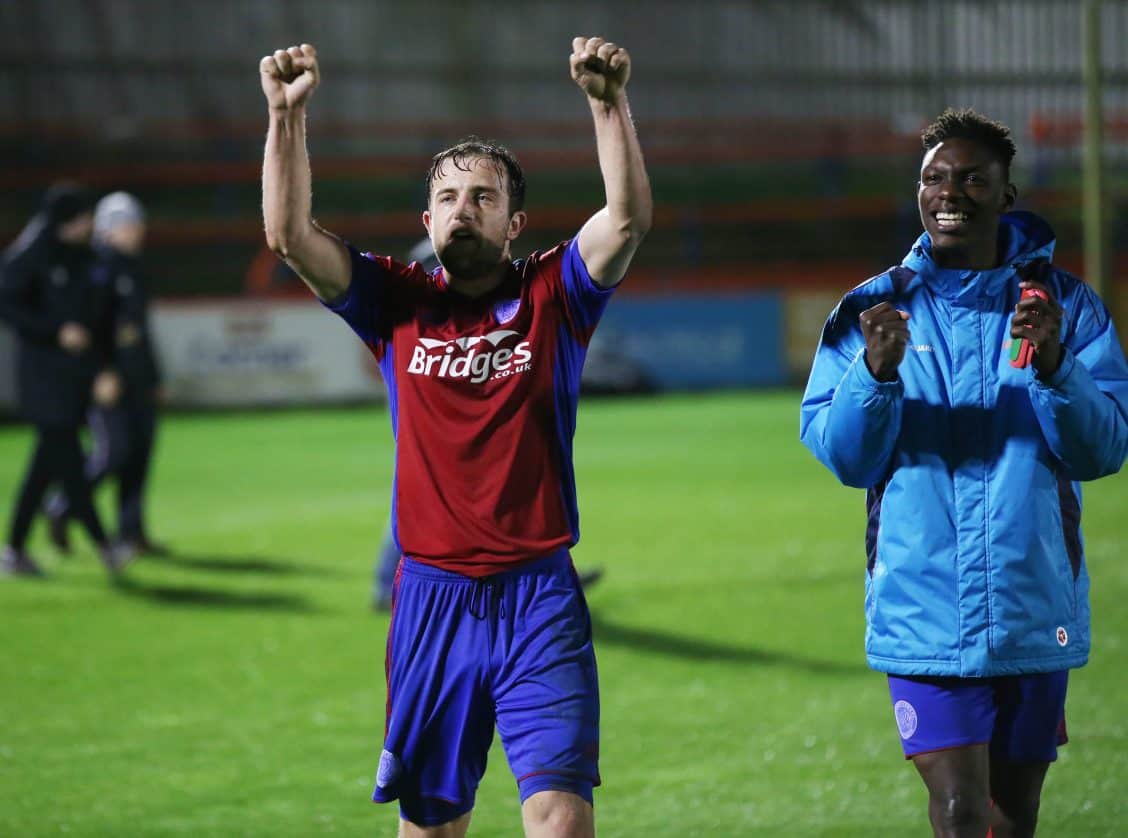 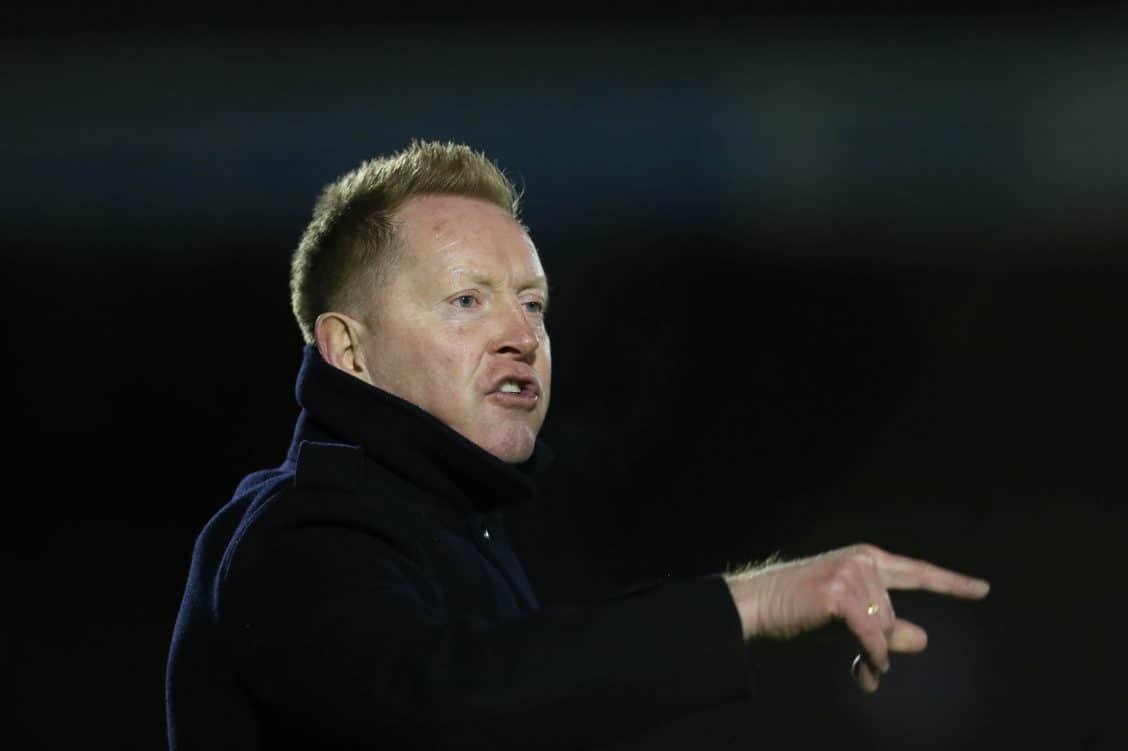 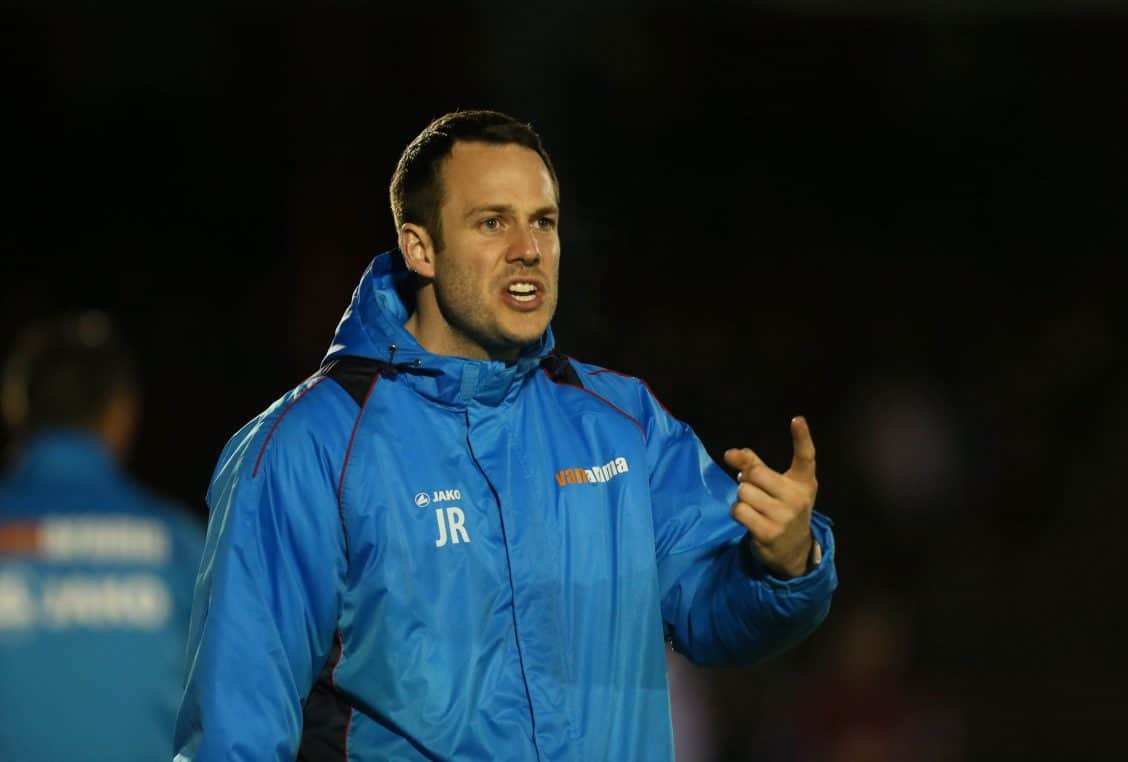 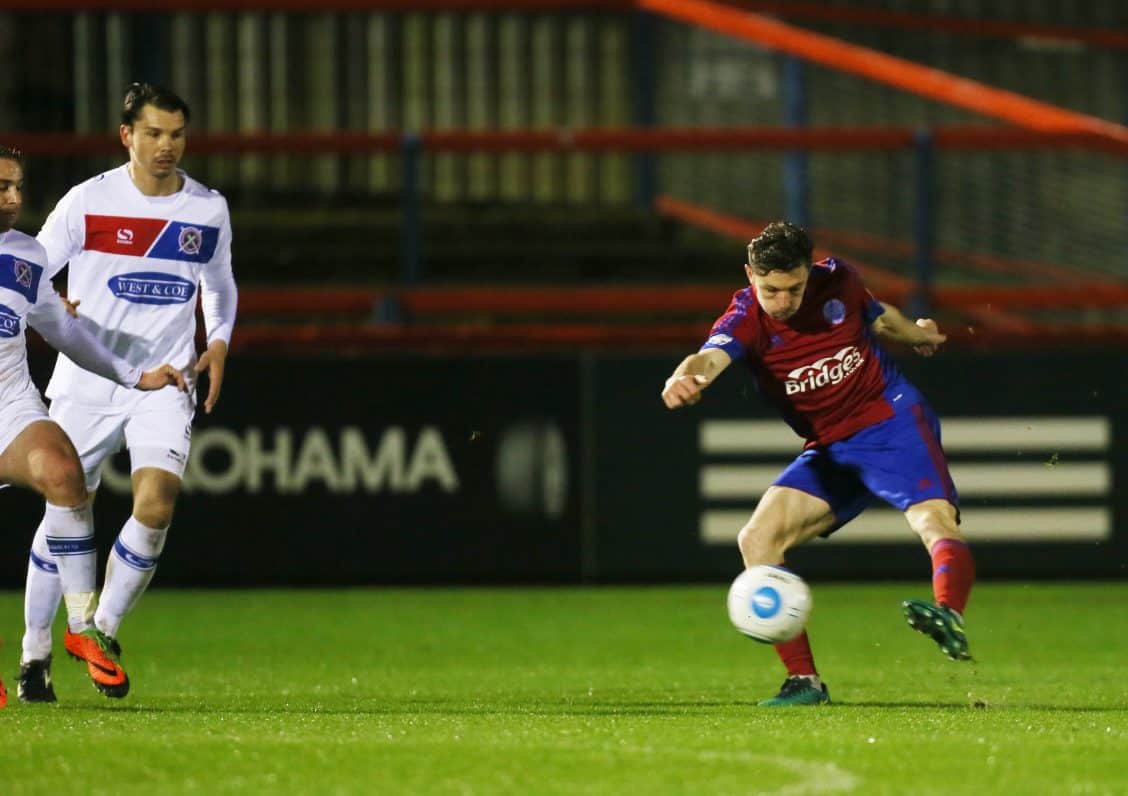 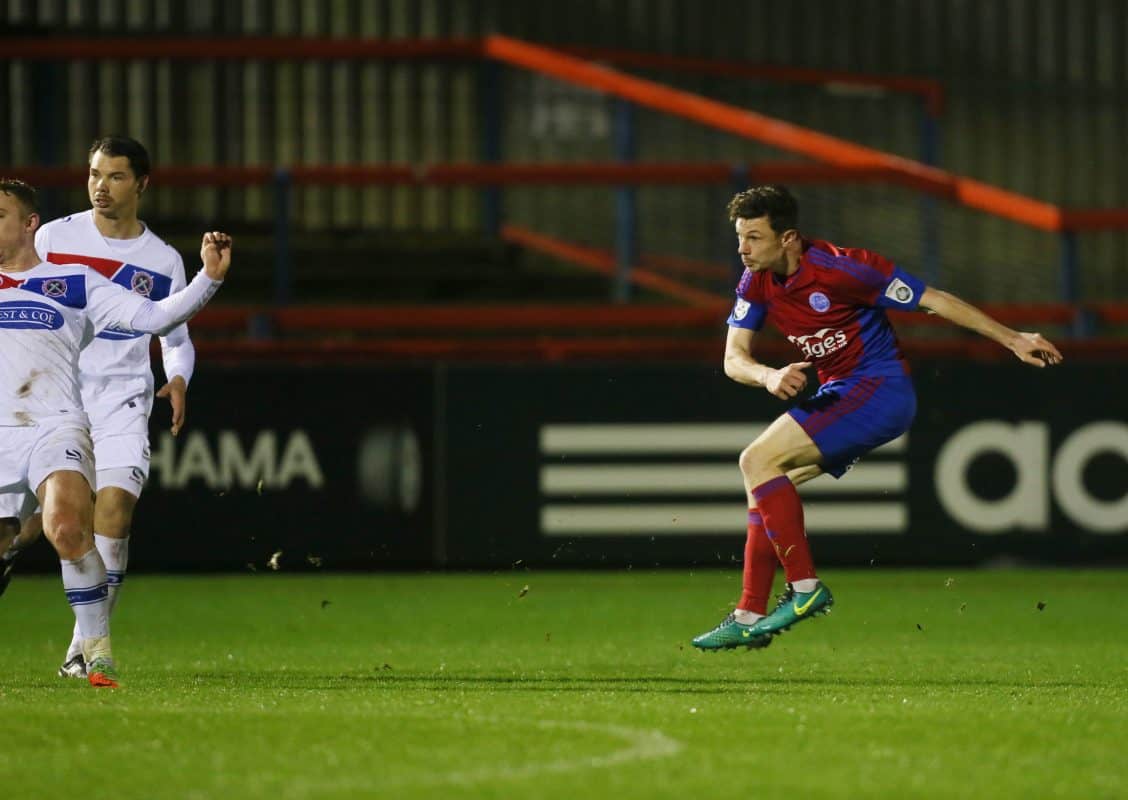 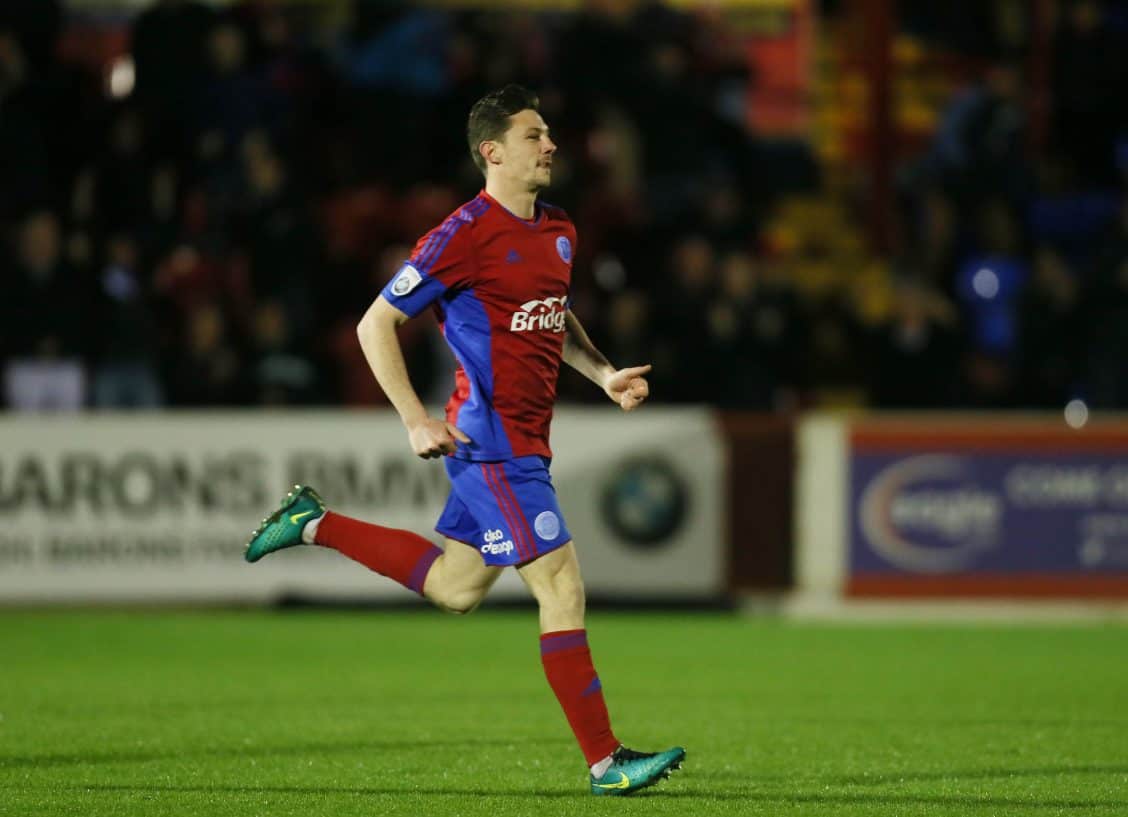 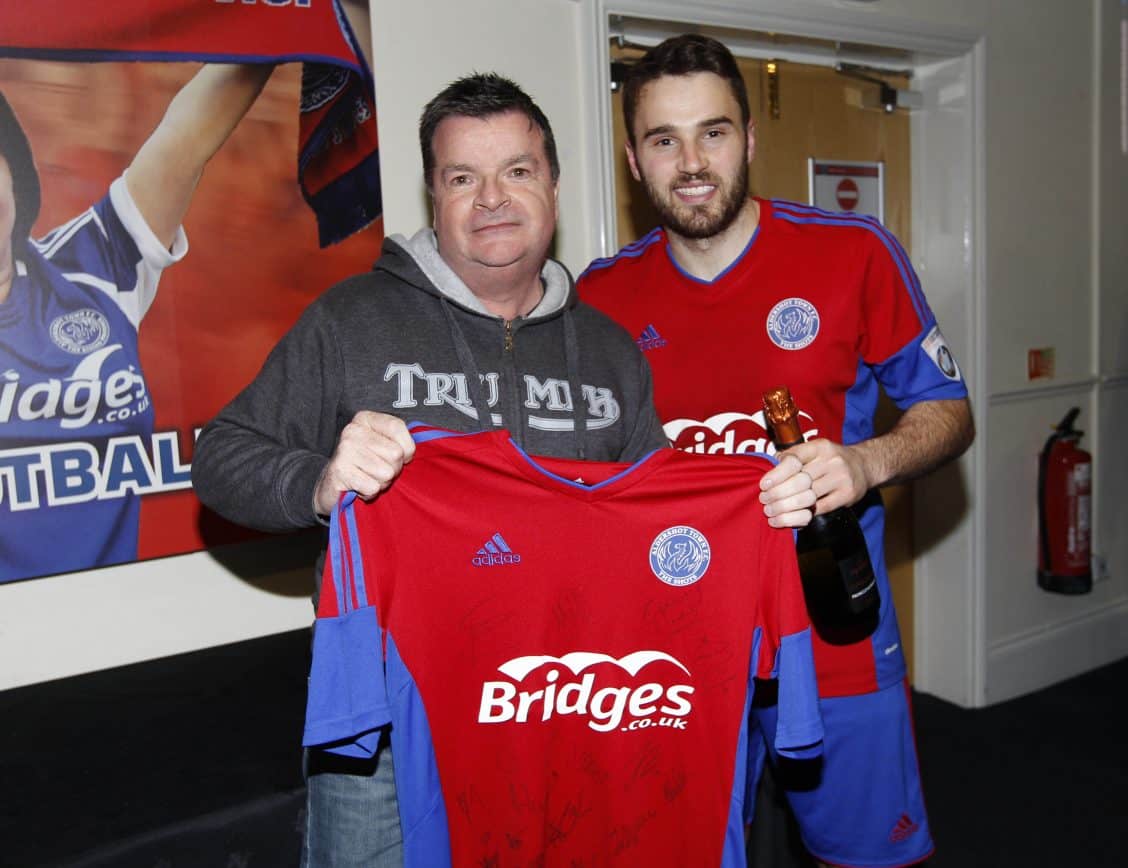