Aldershot met 11th placed Macclesfield at the EBB Stadium on Saturday afternoon, with both teams hoping to put their previous results behind them with a win, after Macclesfield lost 1-0 to top of the league Forest Green, while Aldershot let three points slip against second place Lincoln City, drawing 3-3.

After a minute’s applause was impeccably observed, for the both Stacey Burrows and Lucy Pygott, who lost their lives last week in Aldershot, the game got under way.

Just minutes into the game, Jack Macreth gave Aldershot an early scare, but his powerful shot fizzed over the bar, while Shots keeper Jake Cole watched it sore over.

Aldershot had an opportunity to go 1-0 up, after a corner was swung in from Nick Arnold, reaching the head of Jake Gallagher, who could only head the ball wide of the post.

15 minutes had gone without a goal, but the Aldershot defence had almost gifted Macclesfield a goal, but Macreth’s cross into the box flew over the heads of both the Shots defence and Macclesfield’s attack.

The shots were given a free kick in the 21st minute after Matt McClure was taken out on edge of box. Nick Arnold stepped up to take the free kick, and almost scored as his shot was heading for the top corner, but Macclesfield goalkeeper Craig Ross was second to it, pushing it behind for a corner to the shots which came to nothing but an attack for the Shots, cancelled out by the Silkmen’s defence.

Macclesfield almost broke the deadlock just two minutes later, as Macreth had a shot that flew past the post, but worried all Aldershot fans and players inside the stadium.

Aldershot fans started becoming restless, as Macclesfield attacked once again, this time with Kingsley James firing a shot low into the hands of Cole in the Shots goal. Chris Holroyd

The first goal of the game went to Macclesfield in the 27th minute as Chris Holroyd found himself unmarked in the area, popping up with a header and lifting the ball over Cole, after Danny Rowe did well on the left against Cheye Alexander.

Shots joint top scorer Scott Rendell managed to get on the end of a ball from Will Evans, but the shot as too weak to trouble the keeper, Craig Ross, who had started annoying the Aldershot fans due to time wasting.

Matt McClure probably had the best chance the Shots had up until then, after his volley was hit with force, but it was too wide to scare the Silkmen’s defence.

Just minutes after this, Aldershot had a good shout for a penalty, as Cheye Alexander walked his way around the Macclesfield back four, until he was tackled in the area. Referee, Mr Thomas Bramall, wasn’t having any of it, and gave Alexander a yellow card for diving, which the Shots fans disagreed with vocally.

Macclesfield’s first yellow of the game went to Andy Halls, after he brought down Bernard Mensah, who was advancing with pace into the Silkmen’s half.

Aldershot dominated the rest of the half since Macclesfield scored, and the Shots kept on having opportunities and outing the ball into the box time and time again, but no one could convert them.

Macclesfield got the second half underway, and already there was an urgency to Aldershot, and they almost got a goal within the first minute of the second half as Rendell did well to advance to the area, and lay the ball of too McClure, but his touch let him down, and was only able to poke the ball towards the goal.

Will Evans made a run towards goal, running past three Macclesfield players, but his shot was fizzed over the bar from range.

Macclesfield made it 2-0 straight after this, as Chris Holroyd scored his second of the game as Macreth once again caused problems for Alexander on the left, and played the ball in along the floor to an unmarked Holroyd, who could poke home easily without any problem at all.

Gallagher won the Shots a free kick in a dangerous position after some good play by Aldershot. Arnold once again took the free kick, but couldn’t replicate his shot in the first half, with this one ending up in with the fans behind the goal.

Dion Conroy then had a dangerous shot from range which caught many people off guard with no one in support around him, but it flew just over the bar, but Craig Ross in the Macclesfield goal looked worried.

Macclesfield’s best player on the day Jack Macreth almost got in on the act, but his powerful left-footed strike went into the hands of Jake Cole, who made the save look easy.

Will Evans was given a yellow card in the 64th minute, after he fouled Macreth next to the corner flag, giving away a free kick.

Charlie Walker came on replacing Dion Conroy in the 69th minute, with Gary Waddock hoping the 26-year-old could make a difference in the last 20 minutes.

Aldershot got a goal back in the 70th minute after a goal mouth scramble following a free kick lead to Will Evans finding himself with just goalkeeper Ross in his way, who he managed to head the ball under and get one back for the Shots, which lifted the spirit of the fans in the stadum.

Aldershot were playing a lot better after their goal, and continued pushing forward, with Macclesfield struggling to get the ball from them.

Another free kick was awarded to Aldershot after substitute Iffy Allen was fouled by Macreth, who subsequently got a yellow card for his challenge. The free kick, again taken by Arnold floated into the area, but was headed over by the Macclesfield defence for a corner, which came to nothing for the Shots.

Rendell almost drew the Shots level after he turned his marker and struck the ball with his left foot, which looked dangerous, but Ross in the Macclesfield goal tipped the ball away.

Boos rang around the stadium as Macreth went down with a supposed injury, which many Aldershot fans were not happy about with them thinking he was time wasting.

Aldershot are no strangers to late goals, but they had no luck in this game, as the Shots were unable to convert any opportunities, and the match finished 2-1 to Macclesfield. 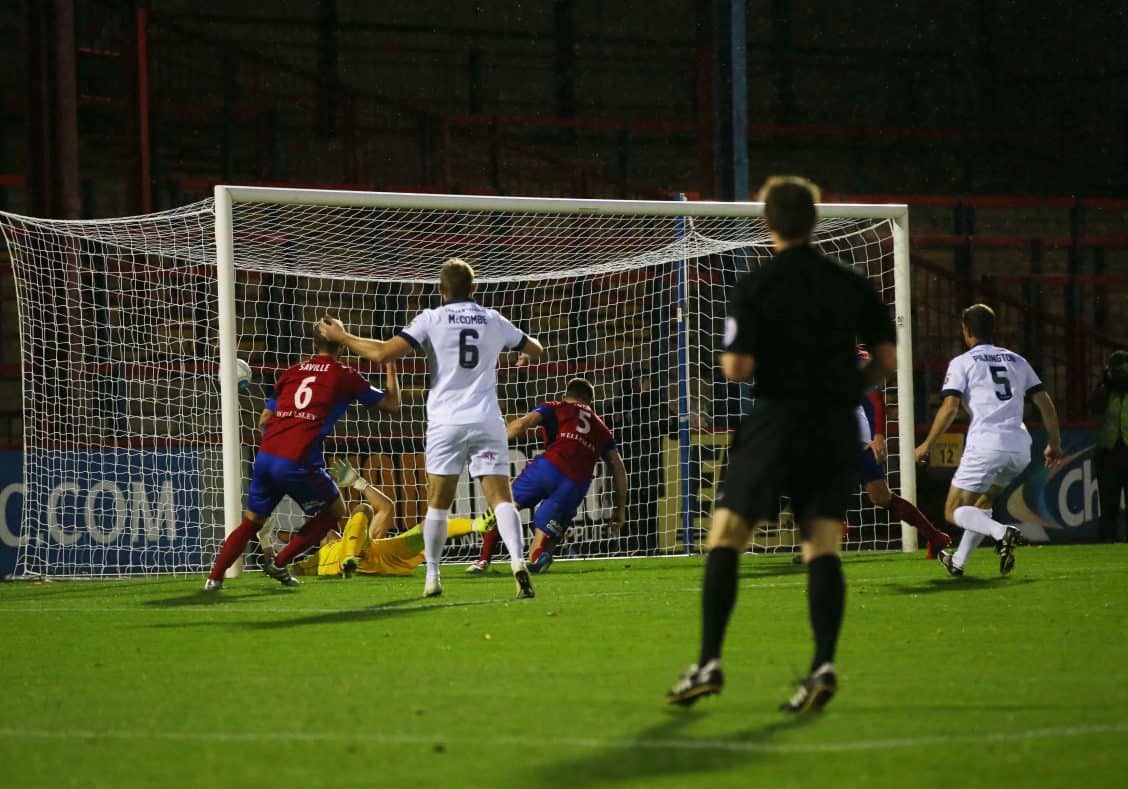 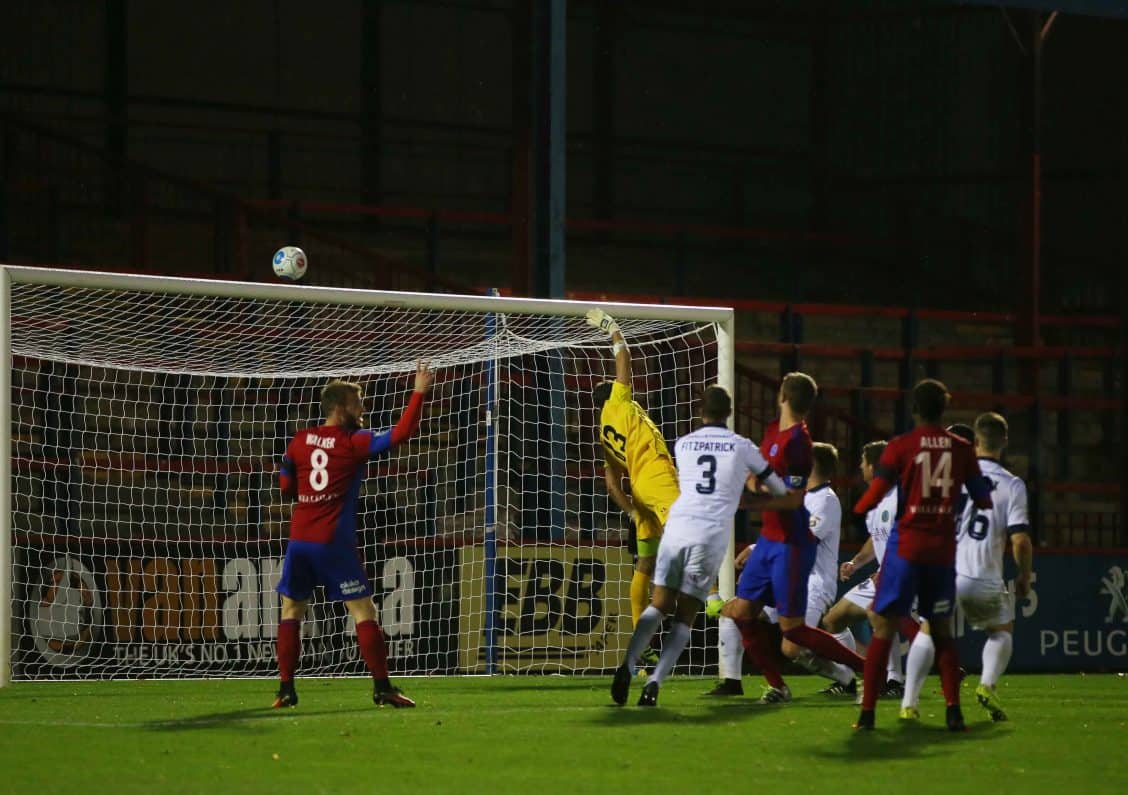 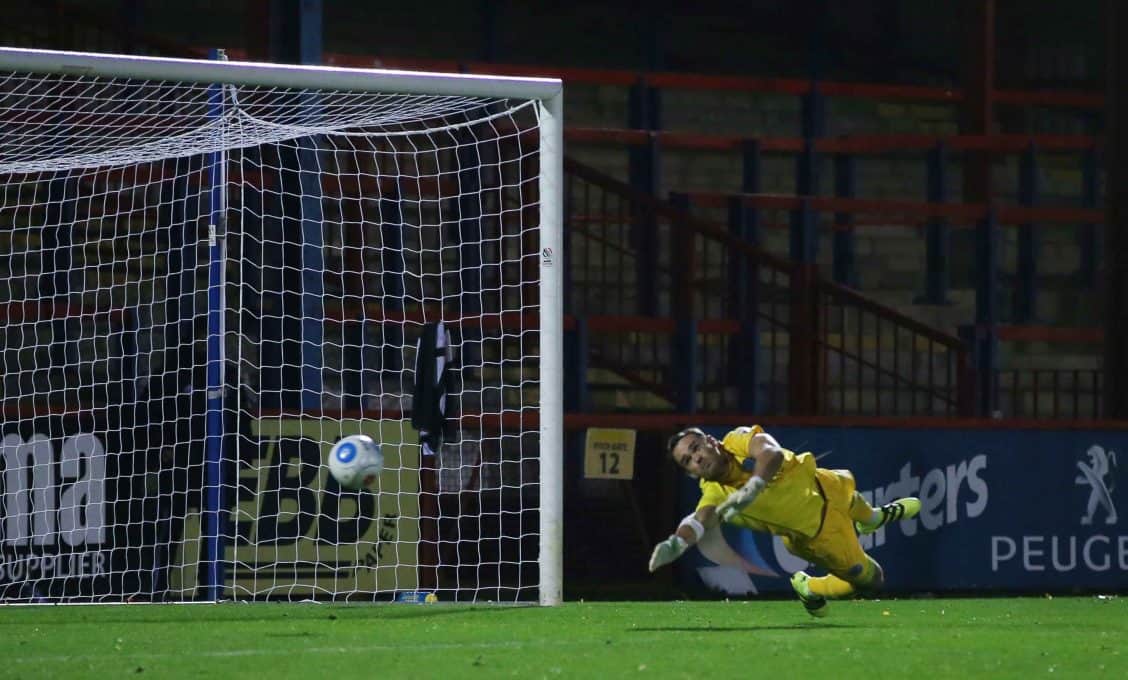 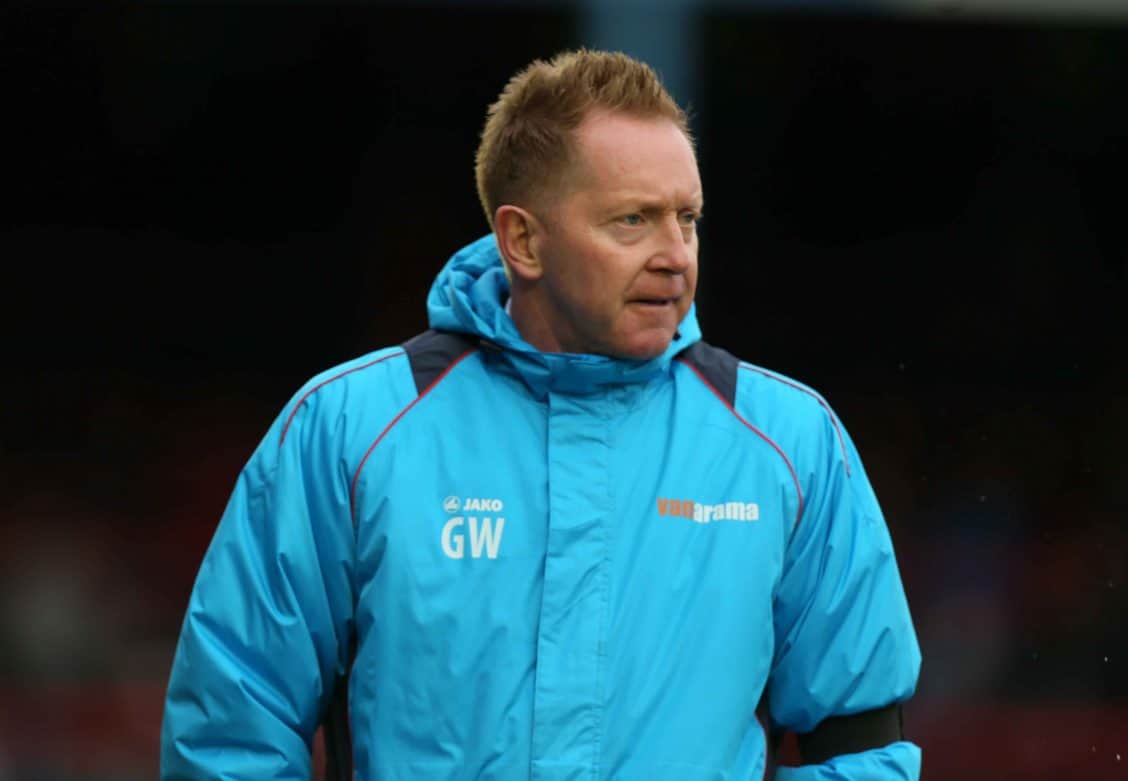 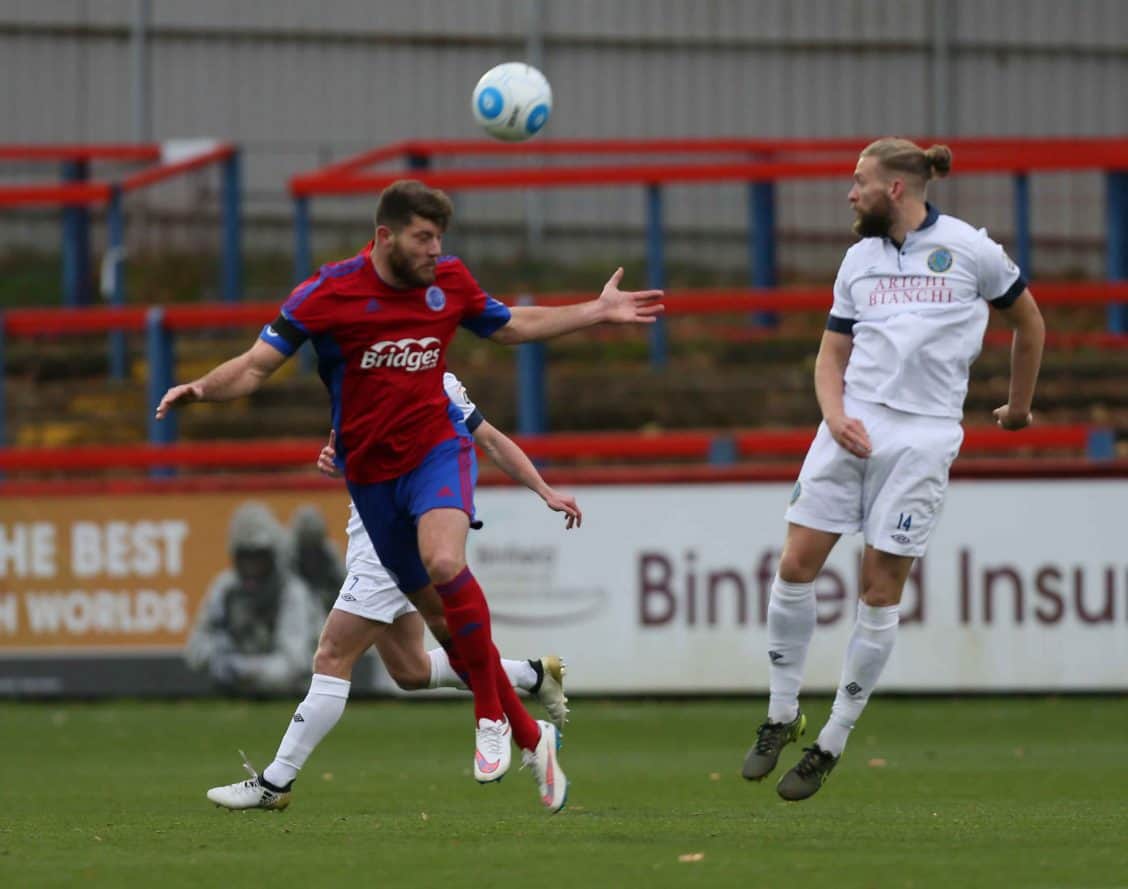 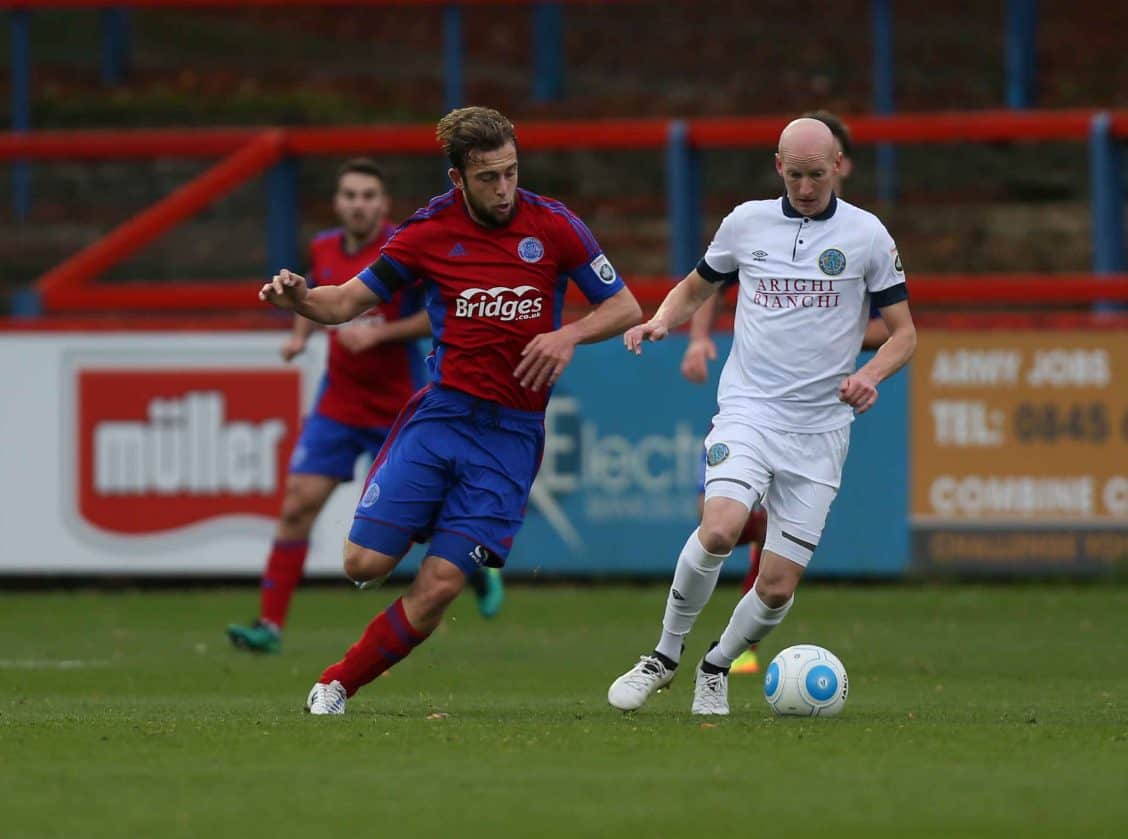 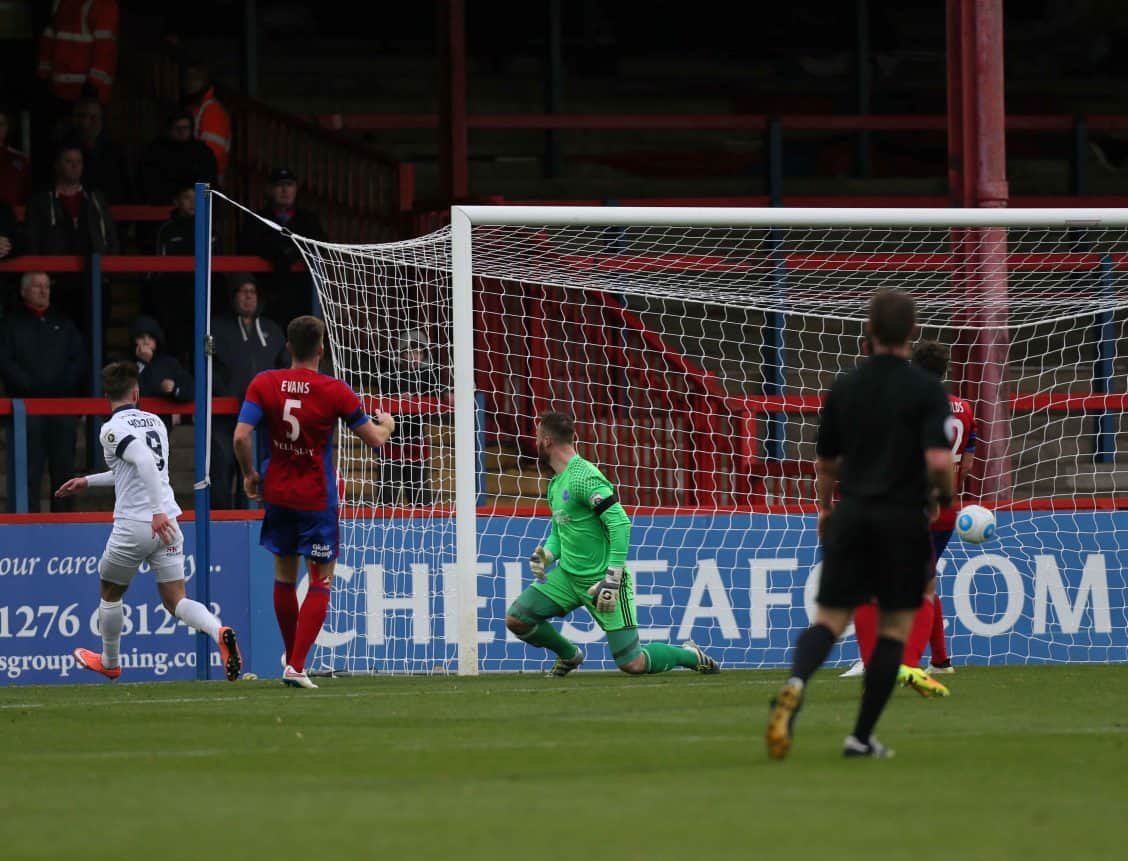 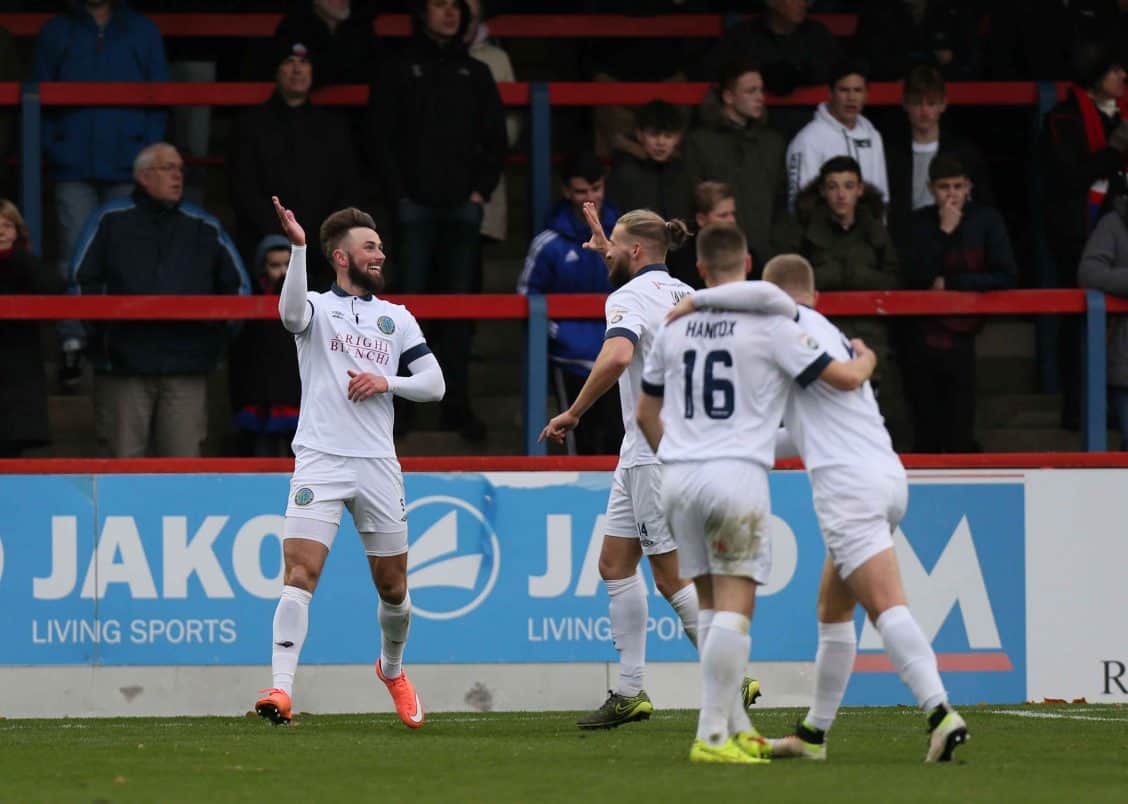 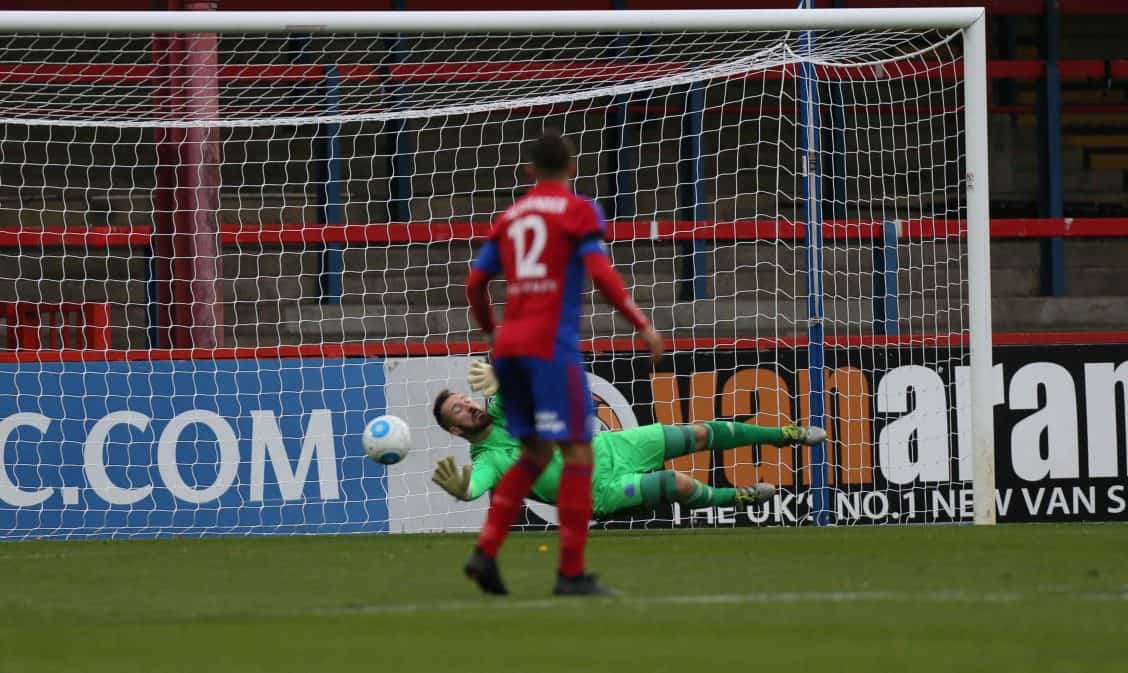