“Mr Norman Clinton said there was a feeling among a number of keen sportsmen in Aldershot that the time is ripe for the provision of better class football in this town.”

With such understatement was Aldershot FC born, exactly 90 years ago today, on Friday 3 December 1926.

The Aldershot News and Farnborough Chronicle’s modest report of the public meeting, held at the Town Hall on Grosvenor Road and attended by just 20 people, was sandwiched between news from the Ash Women’s Institute AGM and an invite to the Christmas Social at Hillside Convent Day School, but its vast impact has been felt through many tumultuous decades of football in the town.

As the man whose brainchild the whole venture was, it fell to local sports journalist Jack White to make the initial proposal to form a club, a move seconded by Mr Jepp.

White had been trying to gain support for his idea for two years, but it was only with the patronage of the Town Clerk – a staunch rugby man but nonetheless sympathetic to football – that it began to gather momentum. The third man in what would become the crucial triumvirate was Mr Norman Clinton, an Aldershot resident and Chairman of the Hampshire FA.

However, Alderman Ainger requested that a “special committee” be formed to explore the financial feasibility and likely support for any professional team. Professionalism was deemed the only option for success, especially given the strength of Regimental teams in the area run by the Army FA which had been formed in 1865.

Within days the committee had “elicited a great deal of useful information on the running of a professional club” and, on Tuesday 14 December, the new Club was unanimously accepted into the Southern League. A deputation consisting of Messrs Clinton, White and Griffiths put the Club’s case to the League’s Management Committee and, soon, promises to take out subscriptions in the Club – in the form of five shilling shares – had boosted the available share capital to almost £1000.

An impressive total of £557 was raised on the night of the meeting, amongst the 20 people present, and with Directors for the new Club recruited from amongst the town’s business community, plans started to take shape.

The Recreation Ground was eventually secured as the Club’s stadium, with offices located at 161 Victoria Road and training facilities at the Aldershot Traction Company. Inspired by the Royal Engineers, red and blue were adopted as club colours. Angus Seed became the Club’s first manager in June, after recommendation by his brother Jimmy who had been Aldershot’s first choice before the appointment was blocked by his current team, Tottenham Hotspur.

From that original meeting it would still be another eight and a half months before the team played a match in anger, but the journey had begun. Aldershot FC were, for the very first time, alive and kicking! 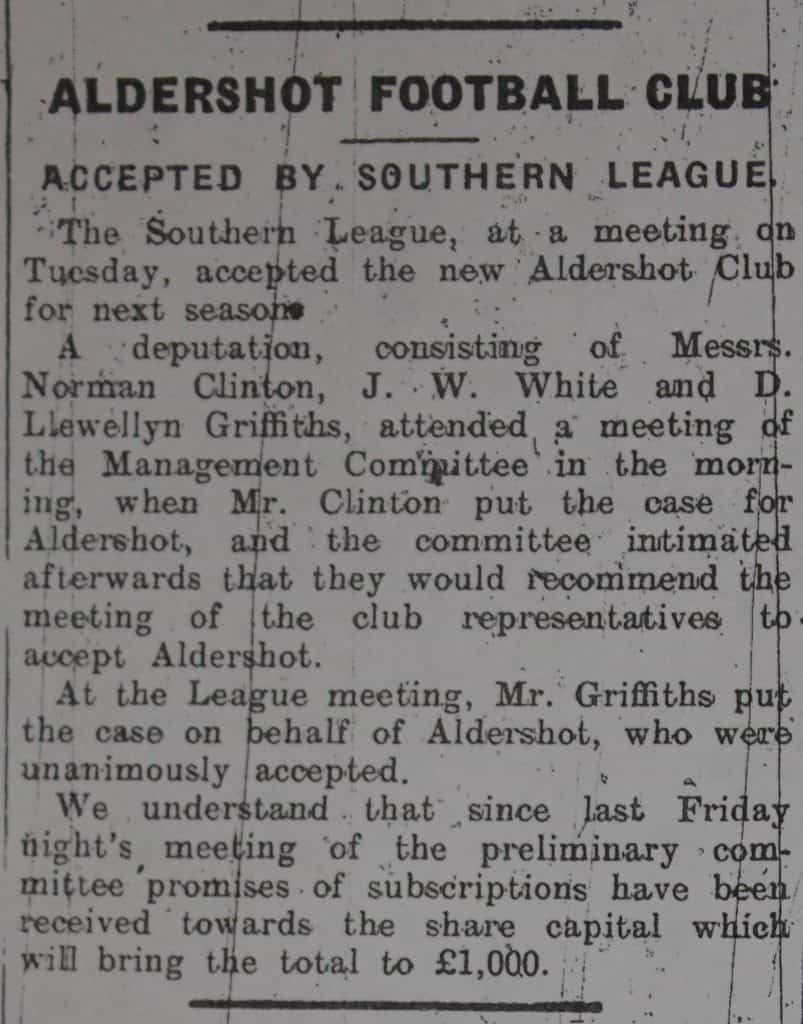 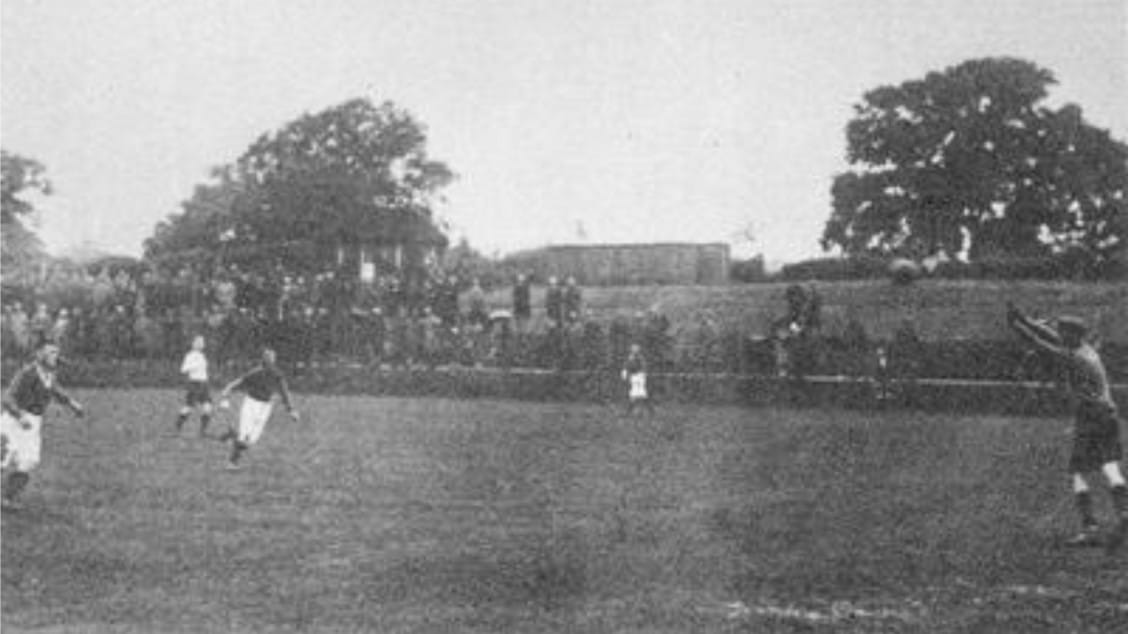