Aldershot Town are delighted to announce the signing of three talented youngsters on professional development contracts. Ben De Lacy-Turner, Alex MacAllister and Lewis Horn-Haynes have all made the step up from our academy and will be members of Mark Molesley’s first-team squad.

Ben De Lacy-Turner has featured for the first-team this pre-season and is a 20-year-old forward. He’s an energetic and hard-working forward who loves to run at defenders and in 22 games last season, had a combined 21 goals and assists!

Alex MacAllister is an 18-year-old creative forward player. He’s a forward who can score all types of goals and also loves creating goals for his teammates. Last season, he scored 23 goals in 33 games and got 14 assists.

Lewis Horn-Haynes is a 19-year-old direct and quick forward who also has an eye for goal and creating chances. He likes to try and beat his opponents and scored 27 goals and 19 assists in 36 games.

Ross McNeilly, Academy Manager and U21 Lead Coach, is delighted to see more of his side make the step up and said: “We are pleased as a club to secure these three boys on deals. It shows our intent to develop young players at the club and create a pathway to the first team. We have had success with various players in the past, most recently Tommy Willard, Alfie Saunders, Ben Shroll, Ryan Hall, Keane Anderson and Maxwell Mullins and hope these boys can follow in their footsteps.”

Academy Director Waleed Khan is excited to see the lads make the step up to first team involvement. “It’s great to see more of our lads progress on the pathway towards first-team involvement. These three have been brilliant for the academy and have very bright futures ahead of them. We hope they can follow in the footsteps of our previous graduates!” 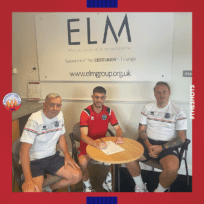 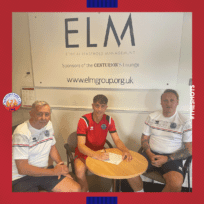 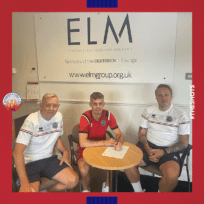 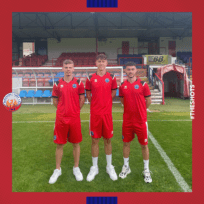