The squad, consisting of 13 players based at the EBB Stadium plus seven from the Club’s London training centre led by Academy Manager Lee Collier and coach Alan Tate, spent two weeks at the renowned Browne Club in Vilamoura on the Algarve.

A combination of intensive training and competitive matches, the trip helped to prepare the squad for the second half of the 2015-16 season whilst also giving them valuable experience in how to conduct themselves as a professional footballer.

The schedule featured two training sessions per day for each of the first three days, as well as a pre-training programme in the resort’s well-equipped gymnasium and an evening recovery session in the outdoor swimming pool.

Funded by a youth sports grant direct from the European Union plus small contributions from the participating players, Browns was selected from several possible locations across Europe. Recently used by Argentina in their build-up to the 2015 Rugby World Cup, the resort has also hosted Premier League teams Leicester City and Crystal Palace, as well as Italy’s Under 21 squad, Yeovil Town, England Lions cricket squad, Northampton Saints, Leeds Rhinos and England 7s rugby team.

The remainder of the first week was spent preparing for the first of two matches played against Scottish academies. Even though The Shots lost 3-1 against League One side Cowdenbeath, Collier said: “After a slow start to the game, the boys played very well and were unlucky not to come out of it with something.”

The second fixture followed on Friday 15 January, against Scottish Premiership club Ross County’s Under-20 team. Preparation again involved two sessions per day and, despite a 3-0 defeat to a strong Staggies side, Collier describes it as “a fantastic experience to play against one of the best youth set-ups in Scotland”.

Returning home on Sunday, Collier concluded: “I was very pleased with how the players worked and performed, and they must take great credit, also earning a lot of plaudits from people saying how well they represented the Club on and off the pitch. We hope to carry this on in the future, as I believe this gives great experience to players of a young age not just on the field but also off of it.”

Academy midfielder Jack Bicknell said: “It was a really intense schedule but very professional and beneficial for us. We had to focus the whole time, on preparation and recovery, and make sure that we did everything right. I feel a lot fitter after such full-on training.

“We were able to get more one-to-one coaching, and also learnt a lot from the two games. They were both a big test for us, especially the Ross County Under 20 team. It’s given us an understanding of what level we need to be at, on and off the pitch. It was a really good experience.” 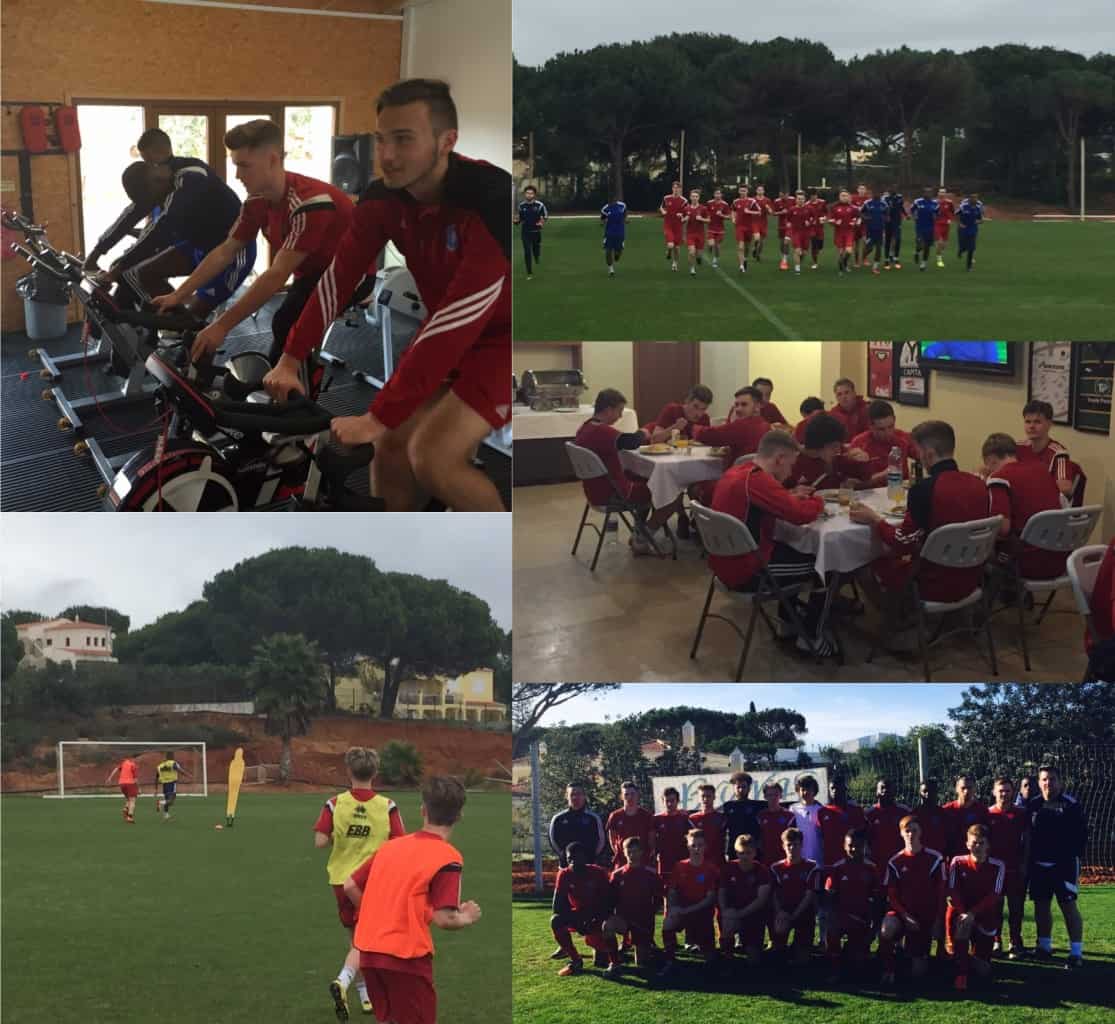