The Aldershot Town Academy returned for pre-season training this week with manager Lee Collier confident that they can be bigger and better than ever before.

After reporting back for fitness testing last Friday, the 60 players under his management were back at Bourley Road on Monday augmented by a new team of analysts and sports science experts.

“I’m really looking forward to the year ahead, what the players can produce and where we can go with it. It’s always an exciting time and it’s been a good day,” admitted Lee (pictured, with fellow Academy coaches Ryan Nevard, Stephen Mills and Patrick Ryan). “It was nice to get back out on the grass and see the new intake come in. The number of players has doubled as well, from 30 to 60, and we have a good blend.

“It’s been a long summer, and a long time since the players have seen each other, but there’s been good interaction between the old and new boys, and as coaches and players you all want to be out on the grass.”

And there is still a chance for young players to get involved this season, with a series of trials planned for the Under 16 to Under 19 age groups later in July. “We are close to completing our squads but we still have opportunities for players that are going to make the group better.”

Collier, who has moved from the Knights Group Academy to become the Club’s new Head of Professional Development Phase responsible for the Under 17 to Under 23 age groups, sees a direct pathway being established from Under 9 level to the first-team.

“Players need to see that pathway, and that there are opportunities, especially with the current management team being so big on bringing players through. You can see someone like 17 year-old Idris Kanu in the first-team, and know that if you’re good enough you will get an opportunity.

With Katie Dorsett appointed Head of Youth Medical, and Patrick Ryan performing a dual role as Professional Development Coach for the Under 17 to Under 23 teams and First-Team Performance Analyst, Collier says: “The players are going to be well looked after this year. That will make a big difference.”

It is an approach which should benefit the entire Club. “We’re not blessed with endless pots of money, so we need to start bringing players through – they can be the lifeblood of Aldershot Town. We want to build a steady stream of players coming through every year. The ultimate goal is to see them out there with the first-team. That’s also what the fans want.”

Gary Waddock and James Rowe will oversee the senior age groups, and Collier will work closely with them to facilitate a seamless transition. “I will constantly update them on who’s doing well and who has maybe got an opportunity,” he says after seeing Academy players Matt Bozier and Luca Wrightman train with the first-team last season, and striker Ben House sign for Reading. “Gary and James will have an active role with the Under 23 group, which will be a mixture of Academy players and first-team players. They will be very hands-on, as they have been since they arrived.”

With an expanded structure designed to give every player both the best possible experience and best opportunity to realise their dream of becoming a professional footballer, Collier admits: “The only thing we’re missing is that Football League Category status. We know we’re far from the finished article but we’re going in the right direction, and we’ve made huge strides in the two years that I’ve been here.

“Now it’s important that we leave no stone unturned, not just in terms of the physical side but also the psychological and social aspects. It’s not just about the technical and tactical sides, we must make sure that they have the right development. There are no excuses for the players.”

In recognising that “we have to be realistic that not every player in the Academy is going to get through to the first-team”, Collier sees a bigger picture where the Club are producing more than just footballers. “We want to produce fine and respectable human beings – that’s the ultimate goal. If they go away from here with a good football education and play at a decent level elsewhere, and also have the necessary life skills, then that’s success for us as well.” 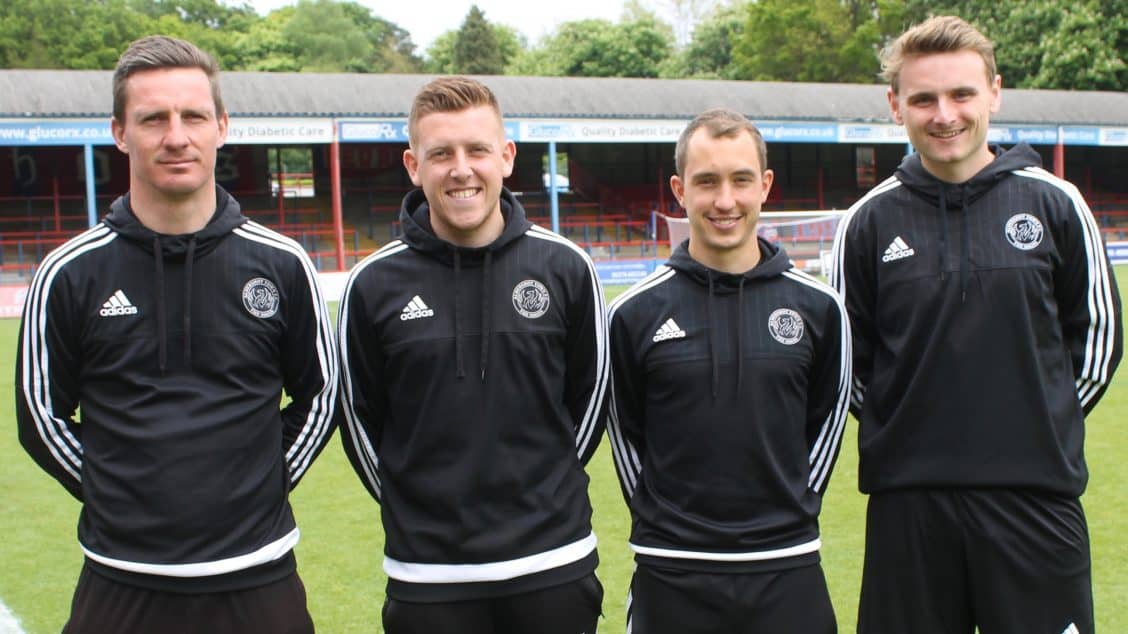