We are delighted to welcome to the EBB Stadium members of Sword Company, based at the Army Training Centre in Pirbright, who tomorrow are making a collection on behalf of ABF – the Soldiers Charity.

Established in 1944, the charity supports the widows, children and parents of members of the Armed Forces, and in 2017 made grants in excess of £8 million – a 30% increase on the previous year. £3 million was paid to over 5,200 individual cases. In Surrey, £611,000 was donated, including £355,000 to Combat Stress in Leatherhead and further financial support to DMRC Headley Court. Grants to individuals in Surrey amounted to more than £200,000. The average grant awarded to ex-service personnel last year was £740, to people ranging in age from two to 105.

The need for ABF – The Soldiers’ Charity to help serving soldiers and their families has never been so great since the end of World War II, and the need for a lasting peace in a world of both turmoil and uncertainty.

Canon Peter Bruinvels, Regional Fundraiser for ABF – The Soldiers’ Charity in Surrey, said of their visit to the EBB Stadium: It is very fitting when Aldershot Town FC already has a very close relationship with the British Army. The Soldiers’ Charity offers lifetime front-line support to soldiers and veterans from the British Army and their immediate families, when they are in need.

“We are never judgmental, and The Soldiers’ Charity makes grants to individuals through their Regiments and Corps to sustain the British Army family, 24-hours-a-day and 365 days a year. They have been there for us and it is now our turn to support them in times of need.

“Aldershot Town FC are to be congratulated in allowing us to collect today at the match. Those giving today are showing that they really care and, in that way, it means that they are saying to our soldiers a very special thank you for all that they and their fellow soldiers have done for us to keep Britain safe and free.” 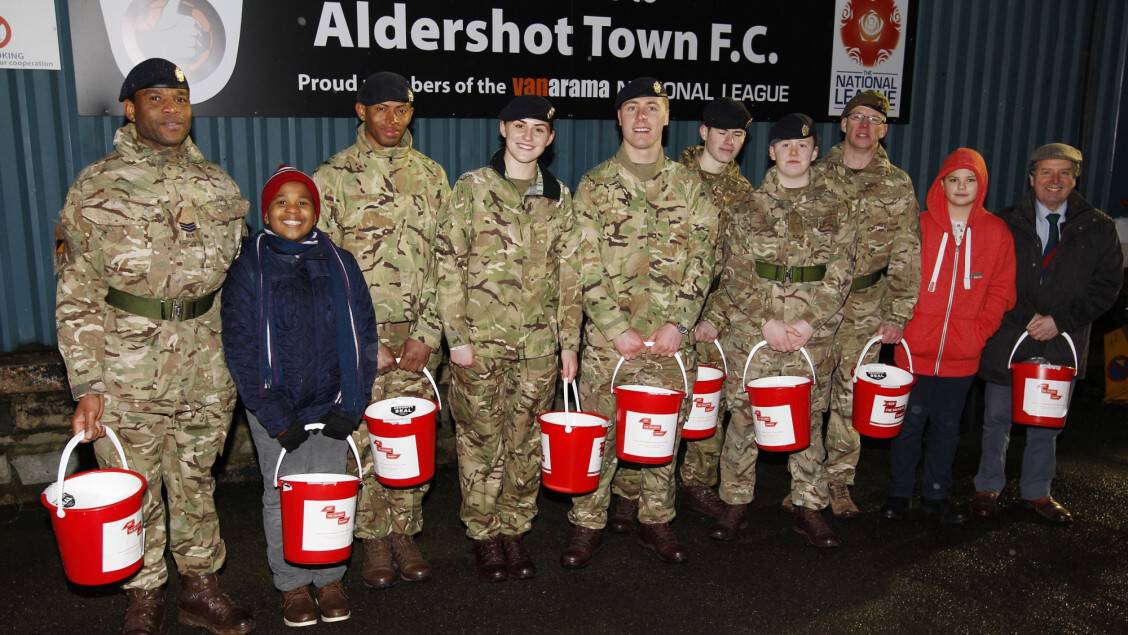