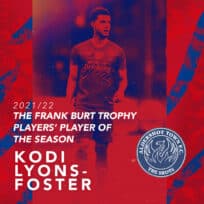 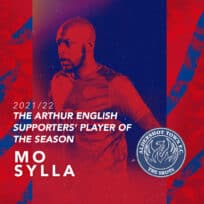 The Paul Muddell Award for Volunteer of the Year has been awarded this year to Richard Petty.  For some time, Richard has been the club’s “go-to” person on Health and Safety matters. COVID placed the spotlight on safety when fans were allowed back in the ground and Richard’s role was paramount in preparing and reviewing the arrangements. He’s also worked closely with the Fire Officer and Safety Advisory Group and his knowledge on safety matters has been greatly appreciated.

Well done and thank you Richard!

Captain Lewis Kinsella was also awarded the annual Shots Away Travel Group award for his performances this season! 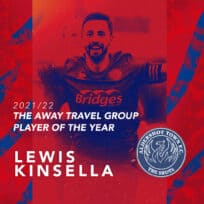 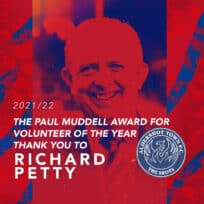 All awards were presented on the pitch before our last home game of the 2021/22 Vanarama National League season against Wealdstone FC.

Congratulations Mo, Kodi, Richard and Lewis and we look forward to seeing what next season brings!