After our team photo day today at the EBB Stadium we can now confirm your Shots captain and vice-captain for the 2019/20 season along with a completed set of squad numbers.

New signing Dean Rance will have the honour of wearing the Shots armband, midfielder Rance was a summer signing from league rivals Ebbsfleet United. Fellow new signing Robbie Tinkler will be vice-captain after having a successful season at Gateshead last campaign.

Academy players Simba Kudyiwa and Harry Woodward have been given squad numbers after impressing boss Danny Searle in pre-season.

Shots fan James Clarkson will be the lucky fan to be part of Danny Searle’s squad this season and has been given the number 29 shirt.

Find your completed set below and we can’t wait to get the season started at home to AFC Fylde on Saturday (3PM Kick Off), we hope to see all of you there! 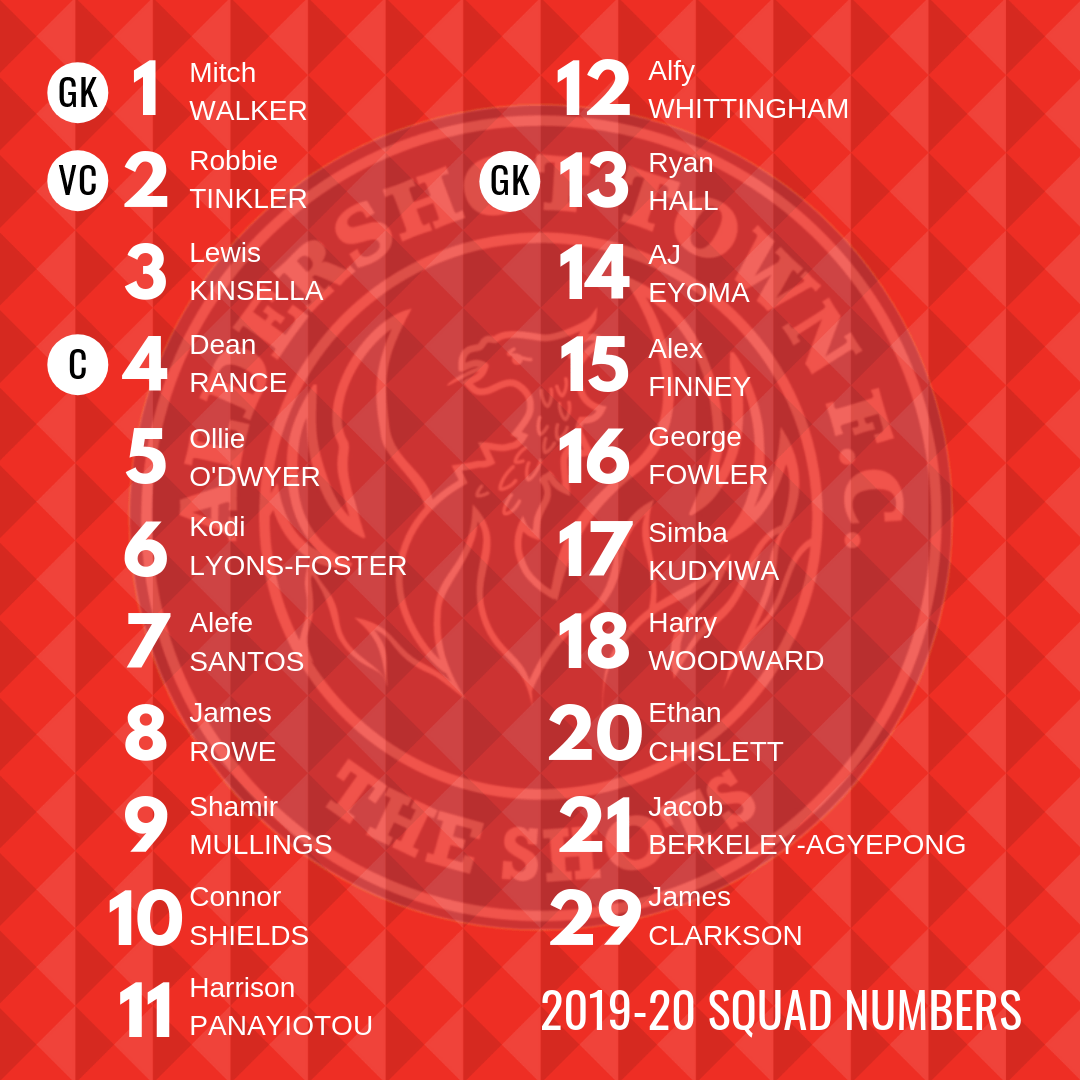