Aldershot Town have qualified for the National League Play-Offs for a second successive season, following Bromley’s draw against Barrow on Tuesday evening.

The Shots are now guaranteed a top seven place regardless of Saturday’s result against Sutton United, but must win at Gander Green Lane to secure third place and a home semi-final on Sunday 6 May at 3pm.

We will announce ticket details as soon as the date of our fixture and the opposition are confirmed.

The new six-team format will see Clubs finishing between second and seventh place compete against each other to determine the second promotion place to the Football League. The Clubs finishing in second and third will progress automatically to the semi-finals, where they will host the teams that progress from the Eliminators.

All matches will also be shown live on BT Sport. Where scores are level after 90 minutes, two 15-minute periods of extra-time will be played, followed by a penalty shoot-out if required. 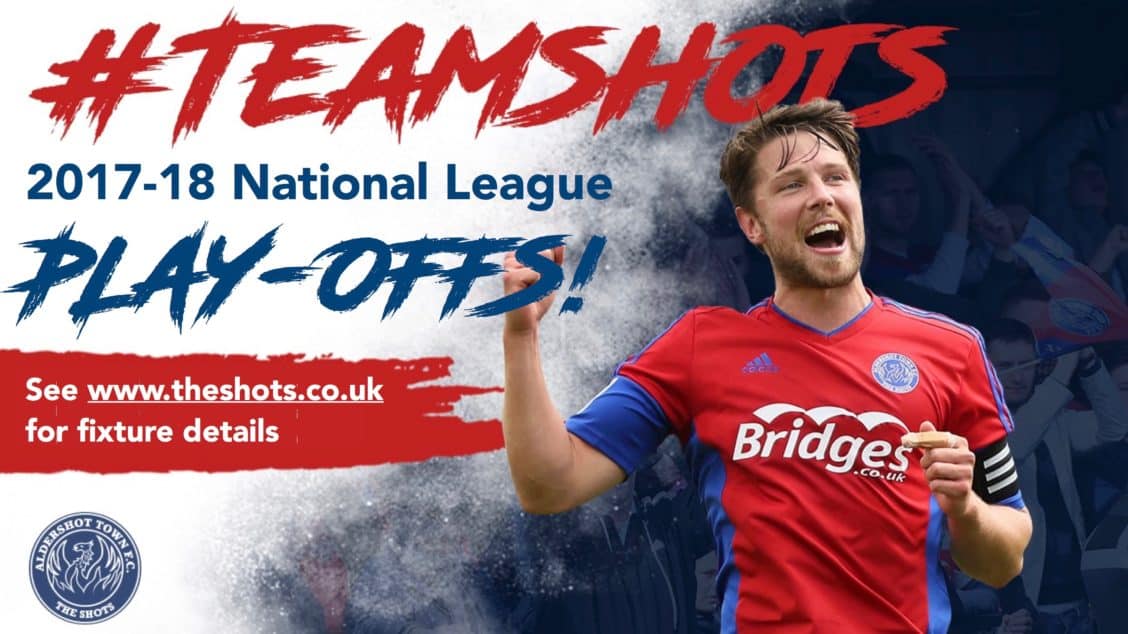