The Bees were relegated from League Two in May and now, with former Shots players Callum Reynolds and Cheye Alexander among their ranks, renew a long-standing rivalry with The Shots.

The first away match follows three days later, on Tuesday 7 August, with a visit to last season’s other relegated League Two side, Chesterfield.

The Shots face a Christmas and New Year derby double-header against Maidenhead United, with the away match scheduled for Wednesday 26 December, before the return fixture at the EBB Stadium on Tuesday 1 January. In between, The Shots face Sutton United at Gander Green Lane on Saturday 29 December as part of a run of four games in 11 days which also sees them host Wrexham AFC on Saturday 22 December.

The Shots travel to Ebbsfleet United on Saturday 25 August, two days before a Bank Holiday Monday home game against Sutton United. Easter 2019 also brings two matches, on Friday 19 April at Dover Athletic and, on Easter Monday, at home to Havant and Waterlooville, before the season closes with an away match against Maidstone United.

We will announce any changes to this list as soon as possible.

Download our full 2018-19 Vanarama National League fixture list either as a PDF here, or by clicking on this image to save to your computer or mobile. 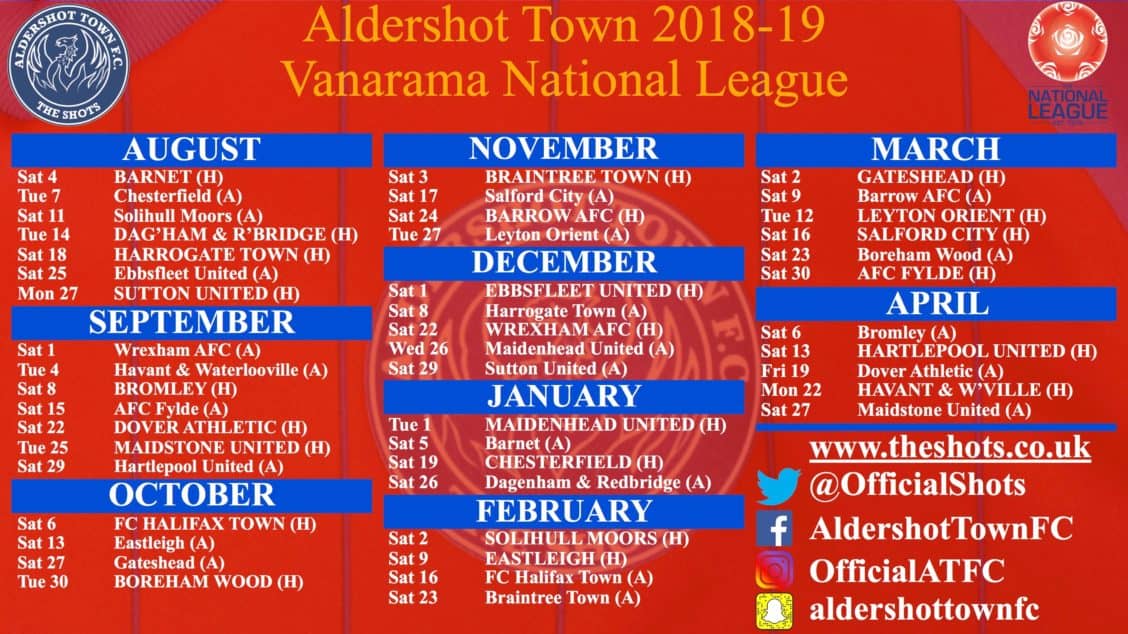