25 years ago today, Aldershot FC faced Cardiff City in a Division Four fixture at Ninian Park. The result will not be found in any official records, but it remains one of the most important games the Club has ever played.

It was a damp Friday night in the Welsh capital, and perhaps a rather routine match for the Play-Off-chasing Bluebirds, but for Shots fans making their rather hurried journey over the Severn Bridge and through the jammed early-evening traffic it was something approaching a wake. The chance to bid a final farewell to a terminally-ill loved one and try to celebrate 66 years of football in the town by supporting their team one last time.

Others were all-too-aware of the game’s significance, after The Shots were wound up in the High Court by Mr Registrar Buckley two days prior. City owner Rick Wright had paid Aldershot FC’s legal costs to ensure the match went ahead and then donated gate receipts from the away end to the Club’s funds. Collectors even stood outside the away turnstiles offering to buy club merchandise, badges and scarfs worn by visiting fans.

The game had nearly been called-off at the last-minute, only for Buckley to grant a 12-hour reprieve for the Club that afternoon, allowing the names of Steve Osgood, Kevan Brown, Tony Joyce, John Flower, George Berry, Chris Tomlinson, Peter Terry, Lee Cooper, Jason Tucker, Robbie Reinelt and Charlie Henry – plus substitutes Grant Hutchinson and caretaker manager McDonald himself – to write themselves into a small corner of history.

6006 people were there in person, but they were scenes witnessed by a national audience on News at Ten and in Shoot magazine.

Two scruffy goalmouth scrambles, stabbed home by Nathan Blake and Carl Dale at either end of the match, ensured a relatively comfortable 2-0 home victory, and McDonald’s motley collection of players – including six aged 21 or under – took the acclaim of their fans knowing this was probably the least important event of the week.

Five days later, though, the result didn’t even exist, expunged from the record books after The Shots were finally liquidated with debts of £1,200,000. A litany of alleged last-minute deals to save the Club failed to carry any substance and, with players having remained unpaid for 13 weeks, the Football League issued a short statement culminating in the fateful words: “The League is left with little alternative but to announce that Aldershot’s membership is terminated with immediate effect.”

Almost 20 years later, McDonald remembered: “I was sub that night and Chris Tomlinson, the groundsman’s son, was making his first start. I remember the fans shouting for me to come on, but I thought, ‘no, I’ve given a young lad his debut, how can I take anybody off?’ but an old colleague of mine from Workington, Jimmy Goodfellow, was coach at Cardiff, and he came walking across and said ‘stop being an idiot and get yourself on! They want to watch you play and it might be your last time’. When I looked at it like that I went ‘well, maybe, but only ten minutes’.”

For Aldershot FC it was the end of days, but, unbeknownst to all except a few key players, a new chapter was already being written. 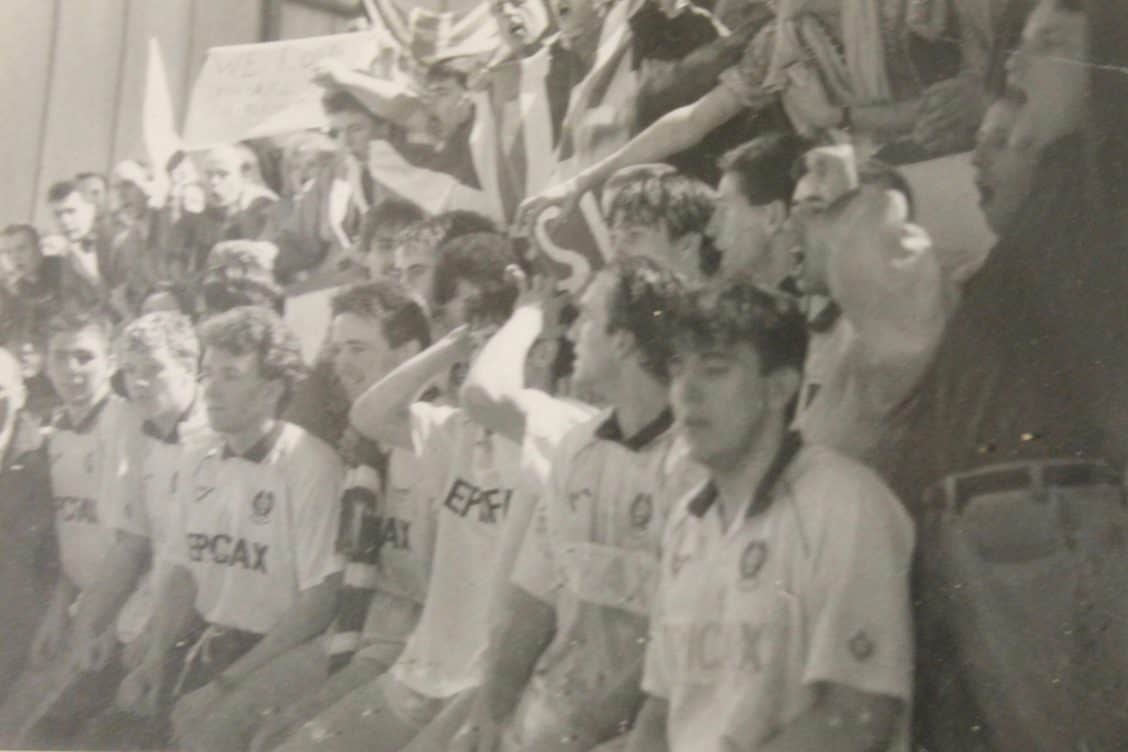 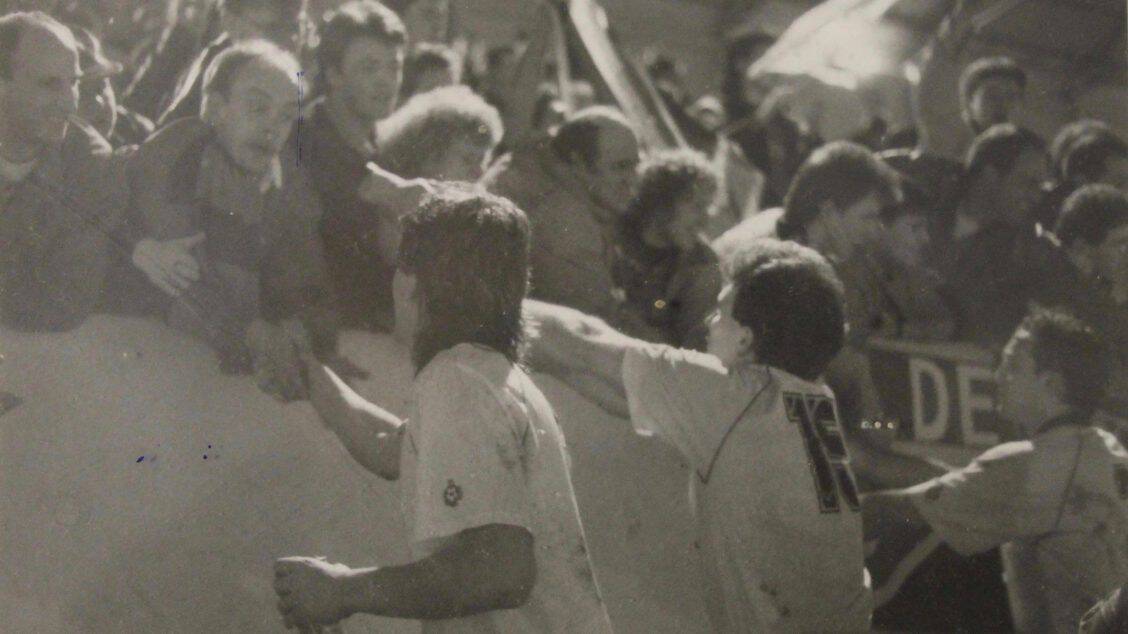 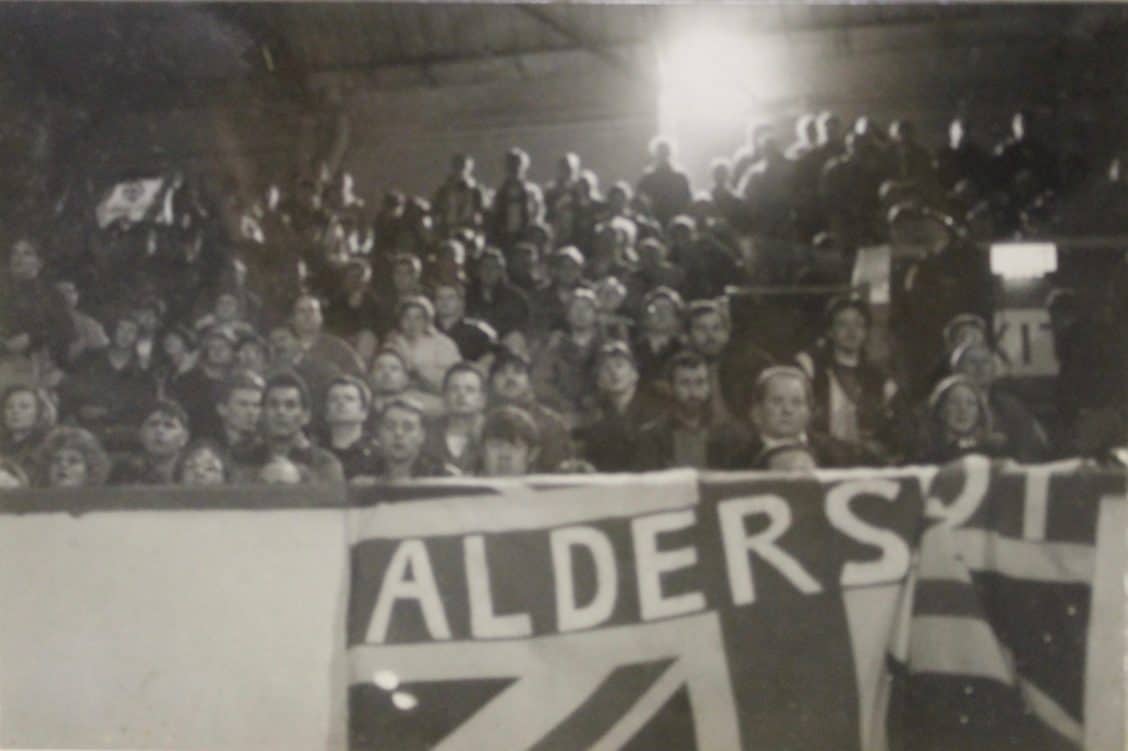 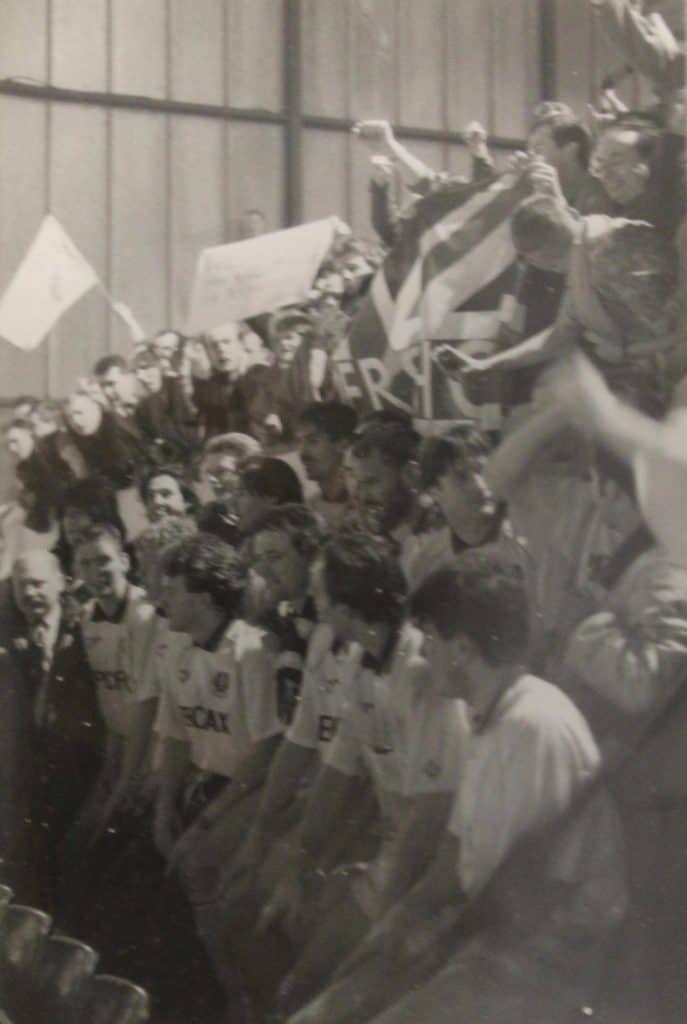 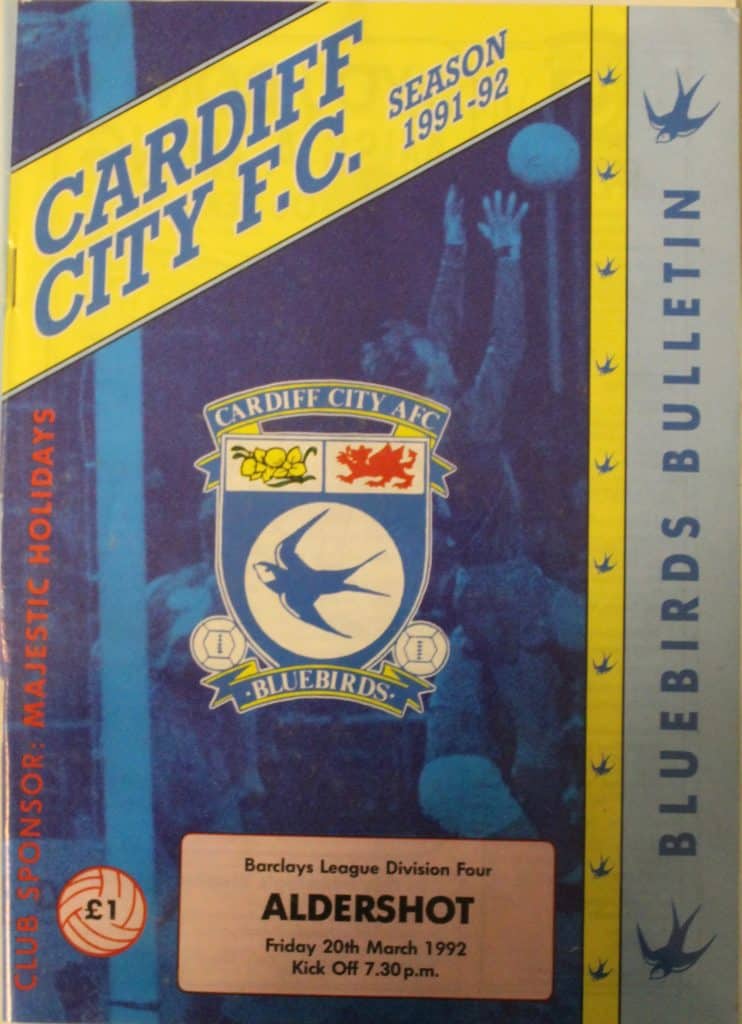